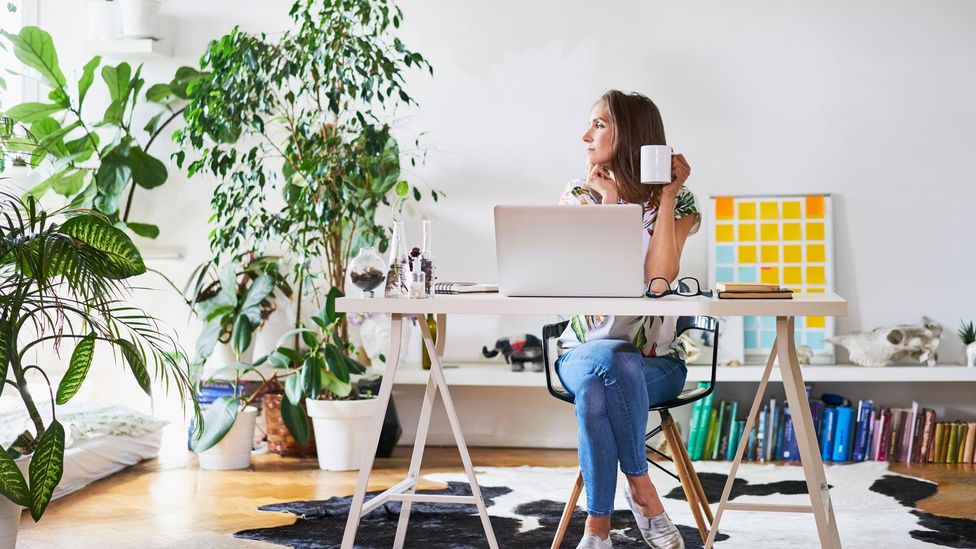 By Tiffanie Wen 22nd May 2020
A British historian famously wrote that work expands to fill available time – but what was he actually saying about inefficiency?
W

With offices closed in nations around the world, many of us are grappling with how to stay productive and on task as we work from home. To help provide insight on how to manage this, BBC Worklife is updating some of our most popular productivity stories from our archive. This article was first published on 8 November 2019.

“It is a commonplace observation that work expands so as to fill the time available for its completion.” British naval historian and author Cyril Northcote Parkinson wrote that opening line for an essay in The Economist in 1955, but the concept known as ‘Parkinson’s Law’ still lives on today.

I think about it every time I have a deadline. How long it takes me to write a story will by and large depend on when my deadline is and how much time I have until then. In his somewhat satirical essay Parkinson uses the example of an elderly lady writing a postcard to her niece. Since she has nothing else to do with her time, the otherwise simple task takes up her entire day.

Apparently, I’m not the only one for whom the notion rings true. ‘Parkinson’s Law’ took on a life of its own, forming the basis of several more essays and a book by Parkinson, leading to public lectures around the world.

But what fewer people know is that Parkinson’s original intent was not to take aim at old lady letter-writers or journalists like me, but at a different kind of inefficiency – the bureaucratisation of the British Civil Service. In his original essay he pointed out that although the number of navy ships decreased by two thirds, and personnel by a third, between 1914 and 1928, the number of bureaucrats had still ballooned by almost 6% a year. There were fewer people and less work to manage – but management was still expanding, and Parkinson argued that this was due to factors that were independent of naval operational needs. 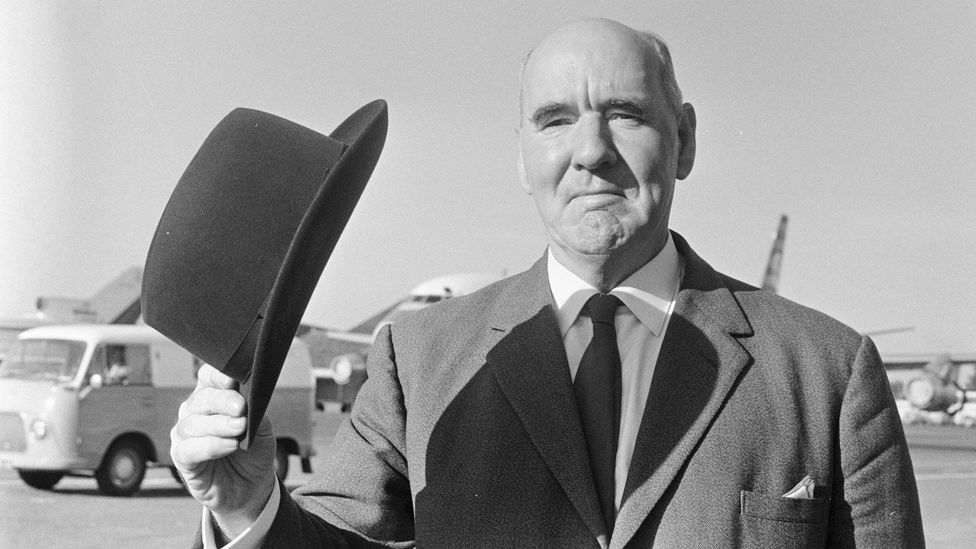 One scholar who has taken a serious look at Parkinson’s Law is Stefan Thurner, a professor in Science of Complex Systems at the Medical University of Vienna. Thurner says he became interested in the concept when the faculty of medicine at the University of Vienna split into its own independent university in 2004. Within a couple years, he says, the Medical University of Vienna went from being run by 15 people to 100, while the number of scientists stayed about the same. “I wanted to understand what was going on there, and why my bureaucratic burden did not diminish – on the contrary it increased,” he says.

He happened to read Parkinson’s book around the same time and was inspired to turn it into a mathematical model that could be manipulated and tested, along with co-authors Peter Klimek and Rudolf Hanel. “Parkinson argued that if you have 6% growth rate of any administrative body, then sooner or later any company will die. They will have all their workforce in bureaucracy and none in production.”

When you have a deadline it’s like a storm ahead of you or having a truck around the corner. It’s menacing and it’s approaching, so you focus heavily on the task – Eldar Shafir

Parkinson pointed to two critical elements that lead to bureaucratisation – what he called the law of multiplication of subordinates, the tendency of managers to hire two or more subordinates to report to them so that neither is in direct competition with the manager themself; and the fact that bureaucrats create work for other bureaucrats.

Thurner says that companies typically start with a flat hierarchy, perhaps two engineers. As the company grows, they hire assistants, who then get promoted and hire their own subordinates. “A pyramid starts to grow. One might add artificial layers that serve no purpose other than introducing hierarchy, that help you to promote people to please them and keep them motivated. When the pyramid gets very large and expensive it might eat up all the company’s profits. If the bureaucratic body is not drastically reduced at this stage the company will die.” 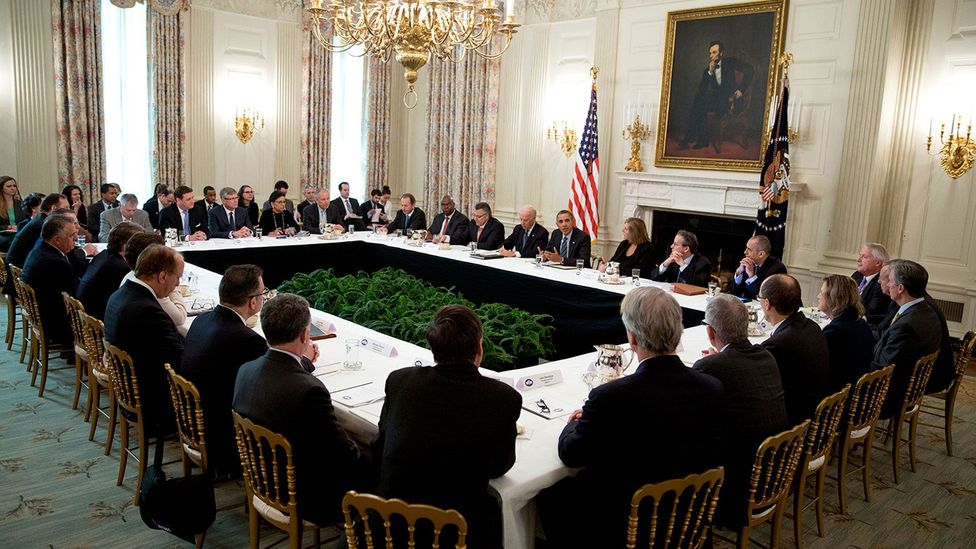 The bigger the size of a government or organization, the more bureaucracy – and, in turn, the less effective it is (Credit: Alamy)

Thurner also looked at inefficiencies in Parkinson’s original context: governments. In another study, he and his colleagues examined cabinet sizes of nearly 200 countries. They found that cabinet size was negatively correlated with government effectiveness; political stability; voice and accountability as measured by the World Bank; and life expectancy, knowledge and standard of living as measured by the United Nations.

To test how the size of a group affects its ability to make decisions, they created a model based on information flow networks and found that a significant change occurred when groups hit 20. “We found a realistic linking pattern of people and gave artificial committees random initial opinions on subjects,” he says. “At 20 you see a strong difference in coalition building. Smaller groups form and they block each other, which explains why it is exceedingly hard to come up with unanimous decisions when cabinets are large.”

So if the wider points Parkinson was making about bureaucracies still stand up today, what of his enduring first line? Today, while some researchers might chuckle at the mention of the ‘law’ that has come to mean so much more than its original intent, there’s also no doubt they know what it is referring to. Is there some truth to the notion that without strict time constraints, we waste time and our work takes longer to complete?

In fact, studies in the decades since Parkinson wrote his essay have shown it has some merit. In the 1960s, researchers showed that when subjects were “accidentally” given extra time to complete a task, the task took longer to complete. In another set of studies from 1999, subjects were asked to evaluate four sets of photos. When they were told the fourth set was cancelled, they spent more time “dallying” on the third, rather than just finishing the task more quickly. Researchers also found that the extra time spent on a task ­– in this case counting the number of letters in a phrase – didn’t lead to increased accuracy or ability to recall word pairs on a surprise test afterwards.

So does this mean that as a writer, I should be setting my deadlines earlier or limiting the work I do on each story? In general, should we be imposing tougher time constraints to improve our productivity? 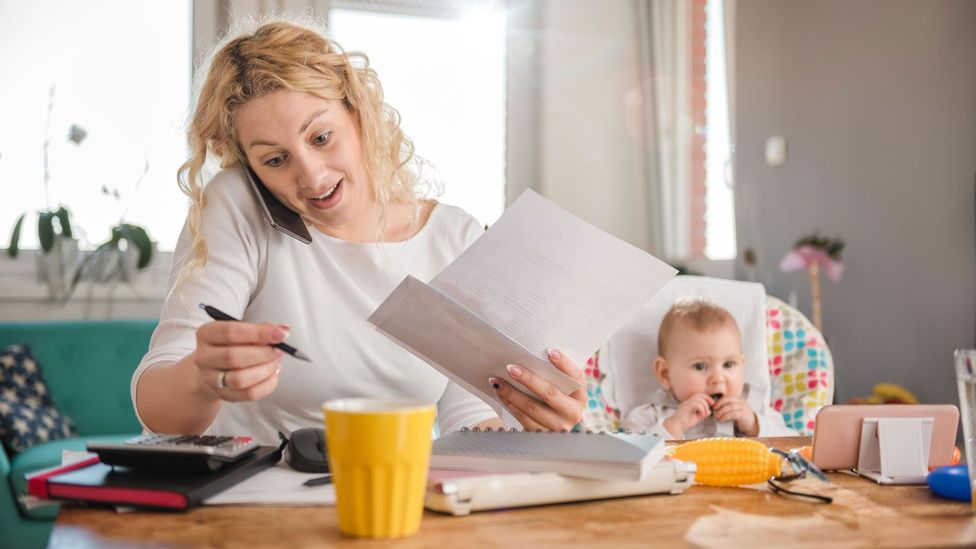 "Because our attentional capacity is limited, we divide it sporadically any way we can as we run through everyday life," says Eldar Shafir (Credit: Alamy)

Humans have a limited capacity for memory, attention and fatigue – or mental bandwidth, according to Eldar Shafir, a professor at Princeton and co-author of Scarcity, a book that looks at the psychology of having less than we need and how it drives our behaviours. “Because our attentional capacity is limited, we divide it sporadically any way we can as we run through everyday life,” he says. But sometimes, of necessity, we need to knuckle down.

In his book, he and co-author Sendhil Mullainathan talk about focusing deeply on a project at the cost of other things. “When you have a deadline it’s like a storm ahead of you or having a truck around the corner. It’s menacing and it’s approaching, so you focus heavily on the task.” And you may well pull off a great job, but the problem is that everything else gets moved to the periphery. “If you’re focusing so heavily on a big project you may at the same time forget to pick up your kid from school, your mom’s birthday, to feed the dog etc. That may be the price you pay for the success you’re achieving with your focus.”

And there’s always the chance that rushing to accomplish something in too few hours can have drawbacks as well, particularly if your deadline is set by somebody else. “If your deadline is too short and you’re panicking, you will have sacrificed other things and you might work inefficiently, and things might go badly anyway,” he says.

People like to say if it wasn’t for the last minute, nothing would get done. But research shows people’s productivity is not linear – Elizabeth Tenney

“People like to say if it wasn’t for the last minute, nothing would get done. But research shows people’s productivity is not linear,” says Elizabeth Tenney, an assistant professor at the University of Utah’s Eccles School of Business who has written about time pressure and productivity. “When people sit down to do a task, they’ll put in a lot of effort initially. At some point there’s going to be diminishing returns on extra effort. To optimise productivity, you need to maximise benefits and minimise costs and find that inflection point, which is where you should start to wrap up.”

That might not mean taking up the full time allotted or working all the way up to your deadline, she says. “Cut yourself off rather than keep tinkering for all time.”

So what about Parkinson’s hypothetical little old lady writing letters? If she had given herself a tighter deadline, she would’ve probably finished more quickly. But with nothing else to do all day, she finished just in time.