No one likes an office whistler or pen clicker – but for some people, these noises aren’t just a nuisance, they’re a full-blown aural assault. Why?

In 2016, the first scientists settled themselves in the Francis Crick Institute in London, a biomedical research facility that cost about £650m ($837m) to build. It took years to plan and was hailed as a veritable cathedral of science – with vaulted ceilings, tall glass windows and a vast central atrium. But just a year after the building’s grand opening, it became clear that there was a problem.

In the ‘collaborative’ open-plan space, the boisterous laughter of colleagues celebrating their PhDs mingled with the sound of hundreds of scientists earnestly discussing their projects – and created an environment where, some occupants complained, they could barely think, let alone concentrate on the next Nobel Prize-winning discovery.

For all its lofty aims, ironically, the building fell short in the face of some scientific truths – that, for some of us, listening to other people’s chit-chat can be about as enraging as having a colleague repeatedly click their pen against your forehead.

For some of us, listening to other people’s chit-chat can be about as enraging as having a colleague repeatedly click their pen against your forehead

Ever since its invention in 1904, the open-plan office has conspired with several other timely creations to make the modern workplace an aural nightmare: mobile phones with novelty ringtones; chewing gum; printers and photocopiers; crisps carefully engineered with a satisfying 70-decibel crunch.

The problem has even spawned a popular Reddit thread, in which people vent their feelings about a variety of surprisingly specific office sounds. One user gets riled up when the woman who sits near them shakes ice in a reusable plastic cup, while another says they can identify exactly what their colleagues are eating – like lettuce – based on the squelchy-crunch alone. Their message? They hear it all – and it’s not just loud in your head. 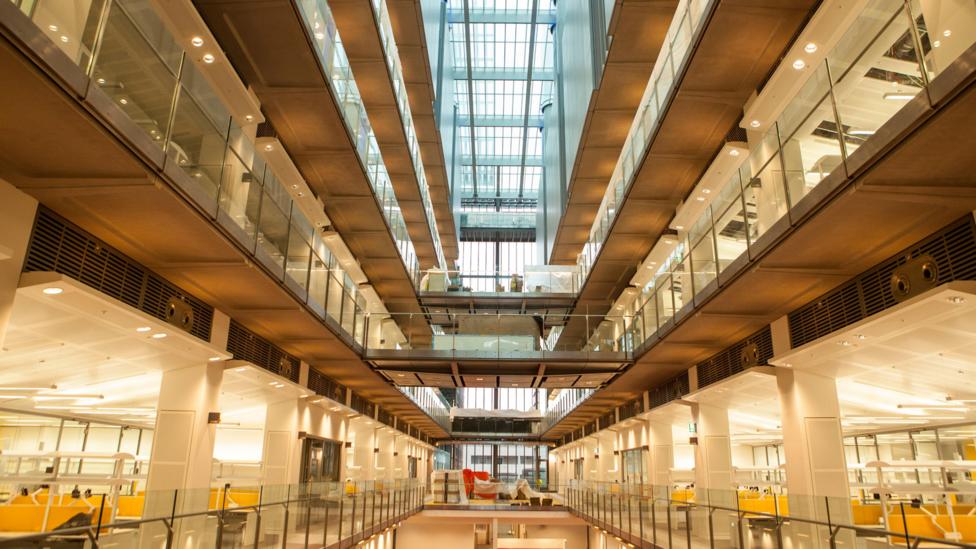 The designers of London's Francis Crick Institute didn't take into account acoustics – and the noises that carry because of the high ceilings (Credit: Alamy)

According to a 2015 survey of the most annoying office noises by Avanta Serviced Office Group, conversations were rated the most vexing, closely followed by coughing, sneezing and sniffing, loud phone voices, ringing phones and whistling. Why do we find it so hard to be around these everyday noises? What is it about them that allows them to lodge in our brains and make it impossible to think?

First up, there is an extraordinary amount of variability in what individuals can tolerate. At one end of the scale, workers may actively enjoy the ambience of a noisy office. Bizarrely, the video Office Sound 2 Hours – which involves exactly what the title suggests, namely two hours of authentic office clatter – currently has around 1,864,570 views on YouTube.

Working to music is also extremely common; a 2011 study of nearly 300 office employees in the UK showed that, on average, they spent nearly a third of their working week listening to various genres. Some said they thought it helped them to concentrate. Others liked it for the exact opposite reason – that it provided a welcome distraction while they worked. Some companies even override individual preferences altogether and broadcast music around entire offices in an attempt to improve their employees’ productivity.

Misophonia is a mysterious, newly recognised disorder in which certain everyday sounds can trigger extreme anxiety, rage or panic

At the other end of the spectrum are those with such an extreme aversion to sound that it qualifies as a condition. Misophonia is a mysterious, newly recognised disorder in which certain everyday sounds can trigger extreme anxiety, rage or panic. The offending noises range from those we can all relate to, such as the whistling of obnoxiously cheery colleagues or when people say “ahh” after drinking to slightly, err, less reasonable complaints, like when people swallow or breathe.

So why aren’t we all affected by noise in the same way? Back in 2011, researchers from University College London and the University of London decided to find out. First of all, the researchers asked 118 female secondary school students to complete a questionnaire, which revealed how extroverted or introverted each was – essentially, whether they thrive on socialising and being immersed in the outside world or if they find these experiences exhausting.

Next the students were subjected to a battery of cognitive challenges – and to add extra difficulty, they were asked to complete them while listening to British garage music, or the clamour of a classroom. A control group completed them in silence.

As the researchers suspected, all the students performed better in silence. But they also found that, in general – with the exception of one test – the more extroverted they were, the less they were affected by noise. 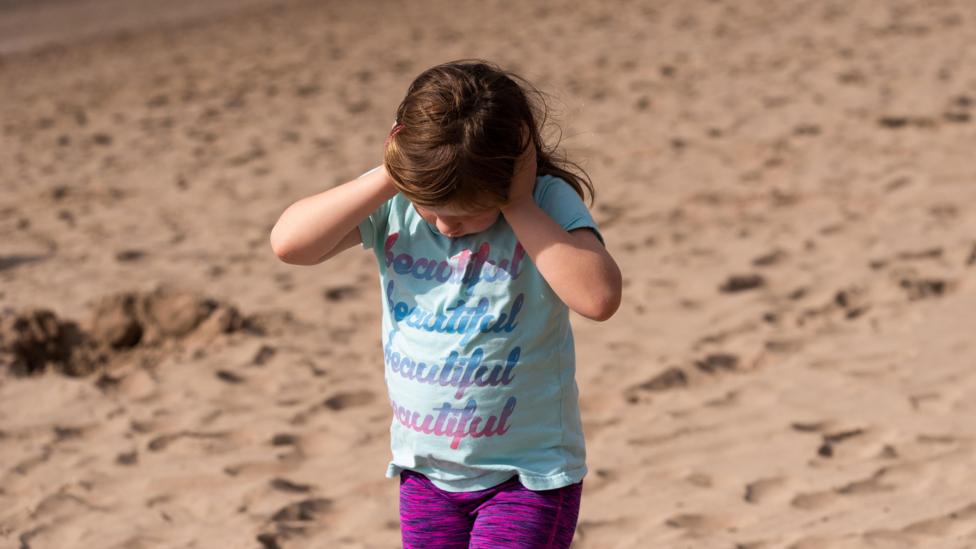 If you feel sensitive to sounds that others aren't, you aren't crazy: rather, you may have a personality that makes you react adversely to noise (Credit: Alamy)

It helps to be an extrovert

A person’s level of extroversion is thought to be a key aspect of their personality – one of the so-called ‘Big Five’ factors that determines who we are, along with things like how open we are to new experiences. According to one prominent theory, extroverts are inherently ‘understimulated’, so they tend to seek out situations which increase their level of arousal – like noisy environments. Meanwhile, introverts have the opposite problem; as the famous poet, novelist and introvert Charles Bukowski put it: “People empty me. I have to get away to refill.”

With this in mind, it makes sense that more introverted workers would be more affected by the background noise, since anything that increases their level of arousal, like music or the chatter of colleagues, could be overwhelming. For example, a study of medical students showed that those who were more introverted tended to have more difficulty concentrating, and feel more fatigued while performing a maths task to a soundtrack of 88-decibel traffic noise (for perspective, that’s about as loud as a lawn mower).

Other major factors that are likely to influence if a colleague is the office whistler, or the person fantasising about rugby-tackling them to the floor, include how neurotic they are (research has shown that more neurotic people are more affected by background noise when they’re trying to do mental maths), as well as their level of so-called “inhibitory control”, which roughly translates as how much control they have over their impulses.

The reasons that some people get so riled up by oddly niche sounds, like ice shaking or lettuce chewing, are less clear. Research into misophonia might provide some clues; several studies have found that the brains of people with the disorder are fundamentally different. For example, a 2017 study showed that “trigger sounds” lead to stronger-than-usual reactions in parts of the brain that are involved with processing emotions and interpreting bodily signals, such as pain.

One study of undergraduate students showed that as many as one in five were consistently bothered by specific sounds, such as throat clearing

In fact, misophonia is surprisingly common. One study of undergraduate students showed that as many as one in five were consistently bothered by specific sounds, such as throat clearing.

And if the sound of a colleague chewing their morning croissant makes you want to scream into your keyboard, you’re in scholarly company. The naturalist Charles Darwin, the writer Anton Chekhov and the novelist Marcel Proust are all thought to have suffered from the condition. In Proust’s case, he was even motivated to cover the walls of his office with cork for soundproofing, then he would take the additional precaution of wearing earplugs. This might be because the condition involves the inability to shut out irrelevant sensory information – in the form of background noise – and this has been linked to creativity.

However, though your personality and the wiring of your brain can have an impact, it mainly seems to affect the degree to which you are disturbed by noise; most studies have found that everyone is better at complex tasks in total silence. Why?

There are two main ideas about why we’re distracted by the clatter of a noisy office. The first is that it’s down to the fact that background noise contains sounds that are similar to the ones in your head.

“Some tasks require you to use your ‘inner rehearsal mechanisms’ – your inner voice – to try to remember things in order,” says Nick Perham, a psychologist at Cardiff Metropolitan University. “For example, if you’re trying to remember someone’s phone number, then you will probably mutter it under your breath.” For these tasks, the theory goes, any environment with an element of human speech will undermine your ability to concentrate on your own thoughts. 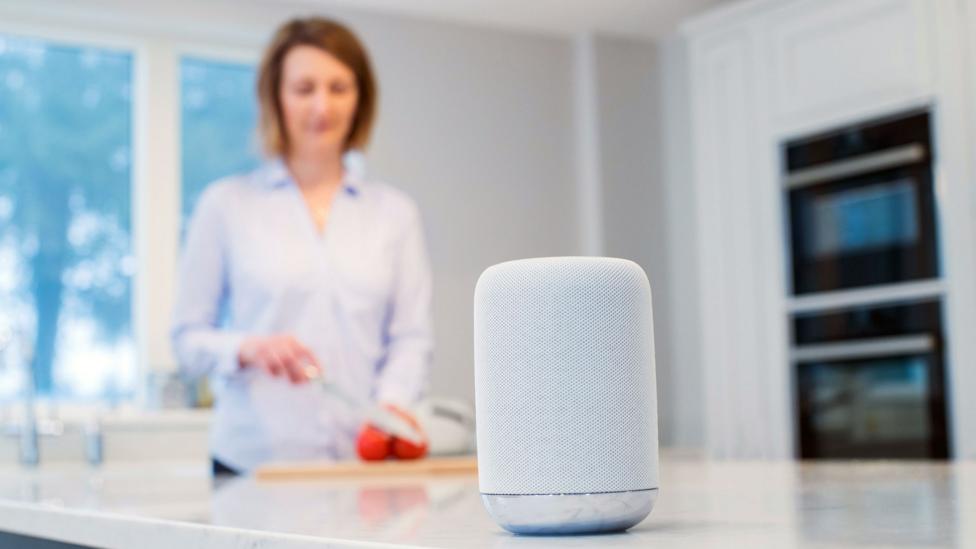 Just like a smart speaker that's listening for your commands 24 hours a day, our brains can't quite switch off to the noise around us, either (Credit: Alamy)

The second idea – and the one Perham put his money on – is that the way our brains handle the information that’s important for completing certain tasks and the way they deal with background noise is somehow in conflict.

It’s thought that just like Amazon’s home assistant, Alexa, has to listen in on people’s homes 24 hours a day in order to catch commands, our brains can’t ever switch off to what’s going on around us. Even when we’re not consciously paying attention to them, we always have our ears on the order of the sounds in the background – like a ping from mobile phone, then a cough, then a sneeze, then some laughing – just in case they start to appear in an order that means something, such as “hi”, followed by your own name. This means that when we have to focus on other sequences of information, such as a list of numbers, any kind of background noise is particularly distracting.

“We found that both sound conditions produced a significantly poorer performance in mental arithmetic, but there was no real difference between the two levels of performance,” says Perham. This suggests that he was right – it’s not the speech in background noise that affects us, it’s just the fact that there is any noise at all. “The main take-home message really is that most people work best when it’s quiet, despite what they think.” 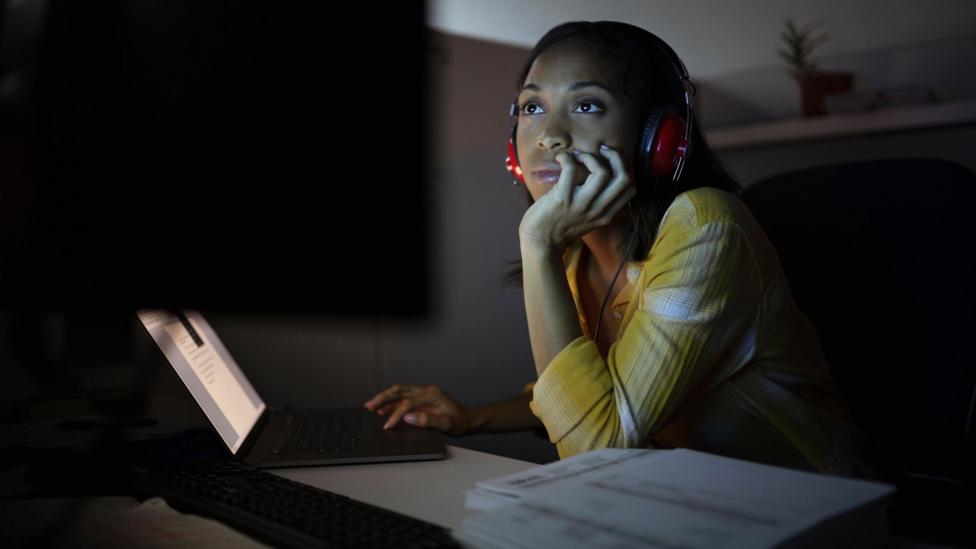 Introverted workers are actually more affected by background noise – even including that music you use to block out office sounds (Credit: Alamy)

This even applies to music. In another study, Perham found that it didn’t matter whether people liked or disliked the music they were listening to, it still made them perform worse on a “serial recall task” – where they were asked to remember a list in order – than they did in total silence. Amusingly, when asked how well they thought they did, the subjects confidently reported doing better when they liked the music. “But this was not the case,” he says.

This has critical implications for the way we work. If we are really are all affected by background noise, even if we think it helps us to concentrate, then the modern trend for open-plan offices is seriously flawed. We might differ in our preferences – but our biology is universal.

“I think it’s important to recognise that not everyone works as well in a noisy open-plan office environment,” says Courtney von Hippel, a psychologist at the University of Queensland. “People no longer have a door that they can shut and walls that go wall to ceiling – there are a lot more distractions in the workspace. Obviously there are constraints for what every organisation can provide, but they can have quieter spaces for people who are working on certain tasks.”

In the meantime, organisations that put aesthetics ahead of acoustics, with fancy atriums, open-plan layouts and lots of echo-prone glass, are likely to fall behind.