Polymaths excel in multiple fields. But what makes a polymath – and can their cross-discipline expertise help tackle some of society’s most pressing challenges?

If it weren’t for an actress and a pianist, GPS and WiFi might not exist.

In the late 1930s and early 40s, Hedy Lamarr was already the toast of Hollywood, famed for her portrayals of femme fatales. Few of her contemporaries knew that her other great passion was inventing. (She had previously designed more streamlined aeroplanes for a lover, the aviation tycoon Howard Hughes.)

Lamarr met a kindred spirit in George Antheil, however – an avant-garde pianist, composer and novelist who also had an interest in engineering. And when the pair realised that enemy forces were jamming the Allied radio signals, they set about looking for a solution. The result was a method of signal transmission called ‘frequency-hopping spread spectrum’ (patented under Lamarr’s married name, Markey) that is still used in much of today’s wireless technology.

It may seem a surprising origin for ground-breaking technology, but the story of Lamarr and Antheil fits perfectly with a growing understanding of the polymathic mind.

Besides helping to outline the specific traits that allow some people to juggle different fields of expertise so successfully, new research shows that there are many benefits of pursuing multiple interests, including increased life satisfaction, work productivity and creativity.

Most of us may never reach the kind of success of people like Lamarr or Antheil, of course – but the research suggests we could all gain from spending a bit more time outside our chosen specialism 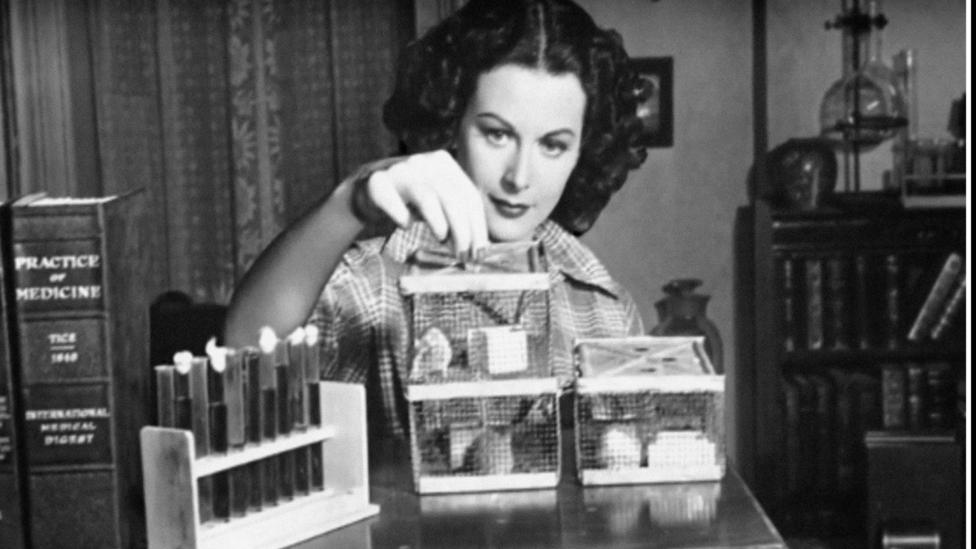 In addition to starring on the silver screen, Hedy Lamarr, a famous polymath, also co-developed a transmission method that has carried into today’s technologies (Credit: Alamy)

Even the definition of “polymath” is the subject of debate. The term has its roots in Ancient Greek and was first used in the early 17th Century to mean a person with “many learnings”, but there is no easy way to decide how advanced those learnings must be and in how many disciplines. Most researchers argue that to be a true polymath you need some kind of formal acclaim in at least two apparently unrelated domains.

One of the most detailed examinations of the subject comes from Waqas Ahmed in his book The Polymath, published earlier this year.

The inspiration was partly personal: Ahmed has spanned multiple fields in his career to date. With an undergraduate degree in economics and post-graduate degrees in international relations and neuroscience, Ahmed has worked as a diplomatic journalist and personal trainer (which he learnt through the British Armed Forces). Today, he is pursuing his love of visual art as the artistic director of one of the world’s largest private art collections, while also working as a professional artist himself.

Despite these achievements, Ahmed does not identify as a polymath. “It is too esteemed an accolade for me to refer to myself as one,” he says. When examining the lives of historical polymaths, he only considered those who had made significant contributions to at least three fields, such as Leonardo da Vinci (the artist, inventor and anatomist), Johann Wolfgang von Goethe (the great writer who also studied botany, physics and mineralogy) and Florence Nightingale (who, besides founding modern nursing, was also an accomplished statistician and theologian). 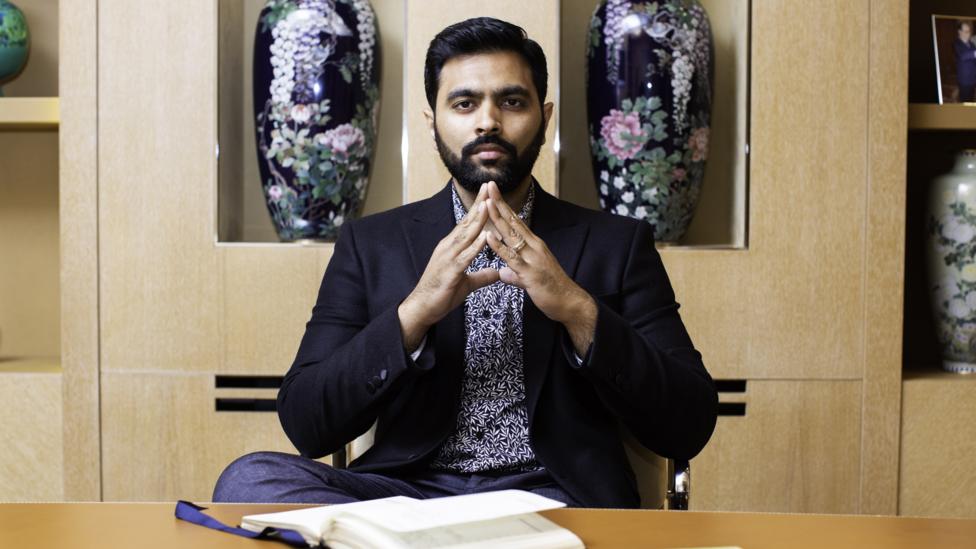 Think you’re a polymath? Not so fast. Waqas Ahmed argues that polymaths can only be those who made major contributions to at least three different fields (Credit: Adrian Fisk)

From these biographies, and a review of the psychological literature, Ahmed was then able to identify the qualities that allow polymaths to achieve their greatness.

As you might expect, higher-than-average intelligence certainly helps. “To a large degree that facilitates or catalyses learning,” says Ahmed. But open-mindedness and curiosity were also essential. “So you're interested in a phenomenon but you don't care where your investigation leads you,” Ahmed explains, even if that pushes you to delve into unfamiliar territory. The polymaths were also often self-reliant – happy to teach themselves – and individualist; they were driven by a great desire for personal fulfilment.

These qualities were also combined with a more holistic view of the world. “The polymath not only moves between different spheres or different fields and disciplines, but seeks fundamental connections between those fields, so as to give them a unique insight into each of them,” says Ahmed.

Many children are fascinated by many different areas – but our schools, universities and then employment tend to push us towards ever greater specialisation

Like any personality traits, these qualities will all have a certain genetic basis, but they will also be shaped by our environment. Ahmed points out that many children are fascinated by many different areas – but our schools, universities and then employment tend to push us towards ever greater specialisation. So many more people may have the capacity to be polymaths, if only they are encouraged in the right way.

That idea tallies with the work of Angela Cotellessa, whose PhD at George Washington University involved interviewing modern polymaths about their experiences. (Her criteria were slightly less stringent than Ahmed’s – the participants had to have had successful careers in at least two separate domains – one arts and one science – and self-identify as a polymath.)

Like Ahmed, she found that traits like curiosity were essential. But she found that they also needed high emotional resilience to pursue their interests in the face of external expectations. “Because we live in a society that tells us to specialise, and these are people who didn’t do that – they forged their own path.” Many people may lack the necessary self-possession to fight those norms. 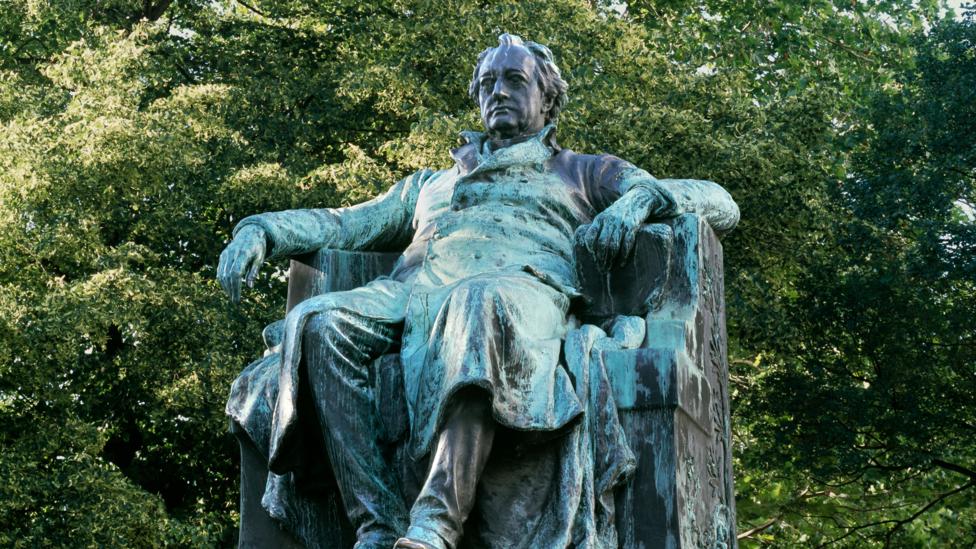 While polymaths like Johann Goethe indeed have higher-than-average intelligence, curiosity is essential for anybody looking to broaden their specialisations (Credit: Alamy)

The power of cross-pollination

There are, of course, some good reasons why we might be hesitant to pursue multiple interests. One is the fear that we might spread ourselves too thinly if we devote ourselves to more than one avocation. With a divided attention, we would fail to achieve success in any domain – the idea that the “Jack of all trades is the master of none”.

In reality, there is some evidence that developing diverse disciplines can fuel creativity and productivity. So while the pursuit of a second or third interest may seem like a distraction, it can actually boost your success in your primary field.

Nobel Prize-winning scientists are about 25 times more likely to sing, dance or act than the average scientist

Ahmed and others in the field argue that it works a bit like cross-pollination, with the ideas in one field serving to inspire innovations in the other. 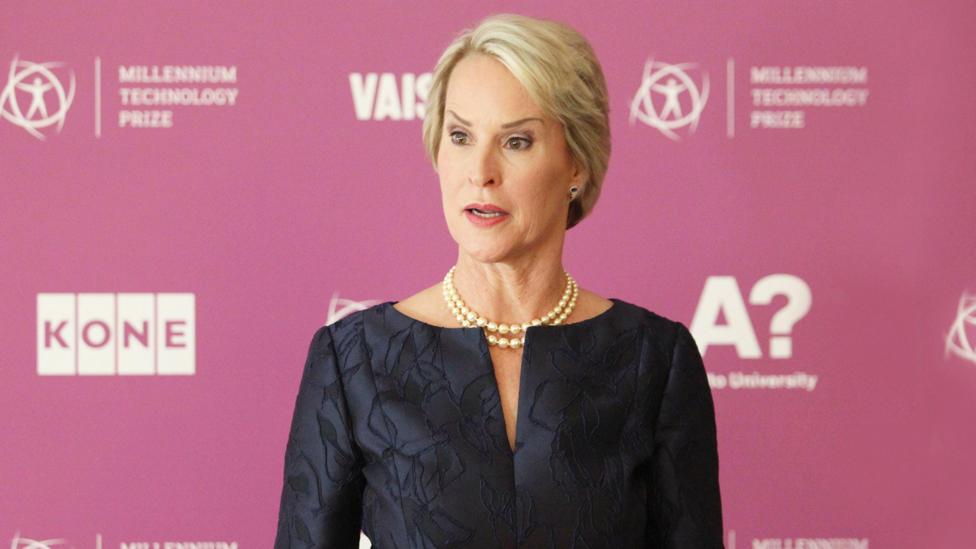 It is telling, for instance, that Antheil had previously worked on scores involving synchronised self-playing pianolas, and together he and Lamarr drew on the mechanism of those instruments to come up with their anti-jamming device.

This is also something that Ahmed observed in the biographies of history’s greatest polymaths. “Polymathy is the optimal path to creativity because, by its very nature, it requires you to be diverse in your experience and your learning,” says Ahmed. He says this is evident in the talents of someone like Leonardo da Vinci – whose knowledge of anatomy, mathematics and geometry improved the precision of his paintings, and whose visual imagination fuelled his creativity in mechanical engineering. “These things fed off one another.”

If you feel tempted to live a more polymathic life, Ahmed suggests that you can use your time more efficiently to make space for multiple interests.

There is now a growing recognition that, when concentrating on any complex endeavour, the brain often reaches a kind of saturation point, after which your attention may fade and any extra effort may fail to pay off. But if you turn to another, unrelated activity, you may find that you are better able to apply yourself. Shifting between different kinds of tasks can therefore boost your overall productivity.

Some evidence for this comes from research in education. Studies of students in many different disciplines – from academia to sport and music – have shown that, after a certain amount of practice or study, we stop learning so efficiently. We can therefore make better use of our time if we regularly switch between skills or subjects. The same goes for studies of problem solving – you will find more solutions to a task if you return to it after looking at something completely different, rather than simply spending ever more time on the same question. 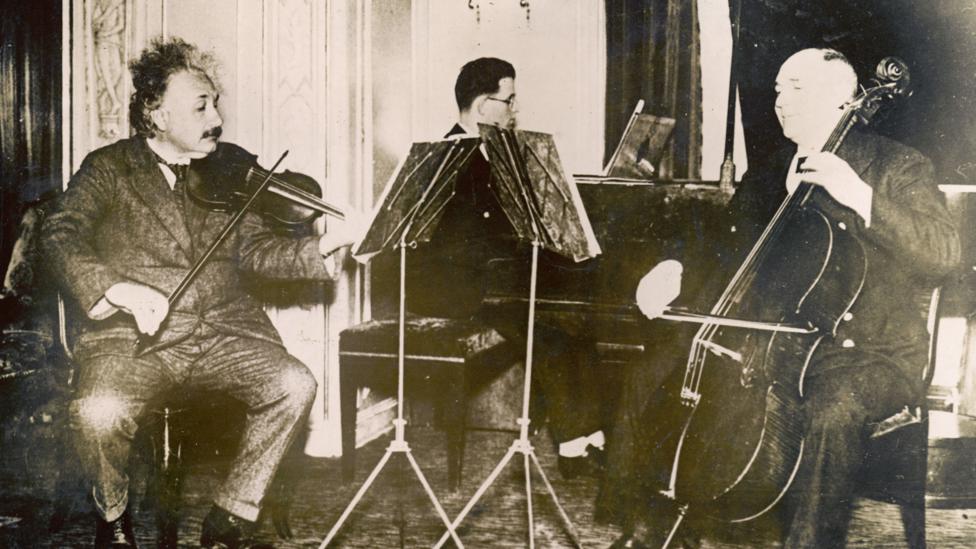 Wannabe polymaths can use this to their advantage by alternating between their interests – ensuring that they are using their brains at maximum efficiency in each domain, while avoiding wasted effort after they have reached that cognitive saturation point.

You can get into the zone and be very productive up until a certain point, then you need to change your activity in order to come back to it in an optimal state – Waqas Ahmed

“You can get into the zone and be very productive up until a certain point, then you need to change your activity in order to come back to it in an optimal state,” says Ahmed. “So I know, for example, that if I was exclusively an artist or a painter, then I wouldn't be as productive because I would experience diminishing returns – I'd require external stimuli in order to allow me to get over a block.”

Albert Einstein, who was an accomplished violinist and pianist as well as a physicist, apparently used this approach. According to his son and daughter, he would play music whenever he faced an intractable problem, and would often finish the performance by saying, “There now, I’ve got it”. It was a much better use of his time than continuing to fruitlessly agonise over the maths or physics.

All of which suggests that polymathic abilities may be within the reach of more people than we had once assumed. And even if we don’t reach the heights of someone like Leonardo da Vinci, we will still find some benefits from widening our interests, rather than relentlessly pursuing a narrow specialism.

And we have many advantages compared to the polymaths of the past. The internet, after all, is now full of free online courses in many different disciplines, and it is easier than ever to hook up with an expert teacher through apps like Skype even if they are based hundreds of miles away. “We have a unique opportunity to produce polymaths – especially in places where polymathy would have never been possible,” says Michael Araki, who researches polymathy at the Pontifical Catholic University of Rio de Janeiro.

Ahmed agrees that it’s time for more of us to embrace those possibilities. He emphasises that many of society’s most pressing challenges – such as climate change – require highly creative problem-solving that crosses multiple domains, and polymaths may be the best people to find those solutions.

Many people, he says, associate polymathy with the historical Renaissance men. “But it is more relevant today than it’s ever been.”

David Robson is the author of The Intelligence Trap, which examines the common thinking errors of smart people, and the ways we can avoid them. He is @d_a_robson on Twitter.