Two drivers of learning behaviour are natural curiosity and the desire for a reward. But which is better for helping children learn?

Getting children to learn for the sake of learning rather than the promise of an A grade or threat of an F. It sounds like a pipe dream, right? Maybe not.

From the time they are toddlers, children are naturally interested in exploring their environment. From examining a blade of grass to playing with the family pet, toddlers want to know how everything works, feels and tastes. According to experts, it’s not until later that they learn to do something – like sit quietly at a snack table – in order to gain a reward or avoid a punishment.

These two drivers of behaviour are known as intrinsic motivation (natural curiosity) and extrinsic motivation (linked to reward). But which is better for helping children learn – and can you nurture a joy of learning without handing out rewards?

The value of natural curiosity

“Intrinsic motivation starts very early. Children are proactive. They are curious by nature,” says professor Frédéric Guay, an expert in motivation at Laval University in Québec. “Educators and the school system need to nurture this motivation.” 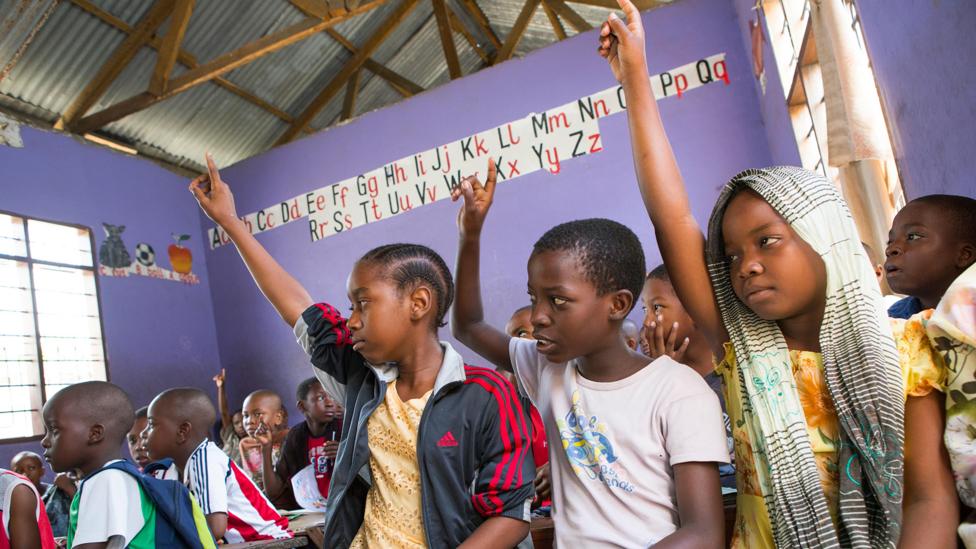 Acknowledging a student’s good behaviour in a learning environment can encourage others to follow suit (Credit: Alamy)

Guay and his colleagues conducted a soon-to-be published meta-analysis on intrinsic motivation and student outcomes from primary school to university level, looking at 344 studies and a sample of more than 200,000 children. Students completed a questionnaire designed to measure different types of motivation, and grades were self-reported or taken from report cards. The researchers found that students who took more pleasure in particular subjects experienced higher achievement, increased persistence and increased creativity in those areas.

Other research backs up the notion that intrinsically motivated kids are better at learning. One study from Germany found that students aged seven to nine who felt immersed in the stories they read had higher levels of reading comprehension than those who were driven by the desire to compete with other students. Another German study found a reciprocal relationship between intrinsic reading motivation and reading achievement in students aged eight to 10, but no such relationship when the motivation was extrinsic.

So why do we give stickers, then?

Yet despite the evidence on the importance of nurturing intrinsic motivation, a reward culture creeps into the classroom early on. Children get prizes like stickers to encourage good behaviour and regular report cards to officially acknowledge achievement.

One study of teachers’ use of rewards from kindergarten to fifth grade found, for example, that all teachers in the study used rewards like praise. Nearly 80% also used tangible rewards on a weekly basis, like tokens to purchase prizes later. Other common forms of reward included class privileges, like deciding an activity or extra time on fun activities.

Christine Dewart, who has taught five- to six-year-olds in California for nine years, says when she studied child development at university there was an emphasis on the importance of intrinsic motivation and avoiding too many rewards. But in her everyday professional experience, she sees the value of using rewards to manage her class – and has found that “acknowledging one student’s good behaviour helps other students do the same”. 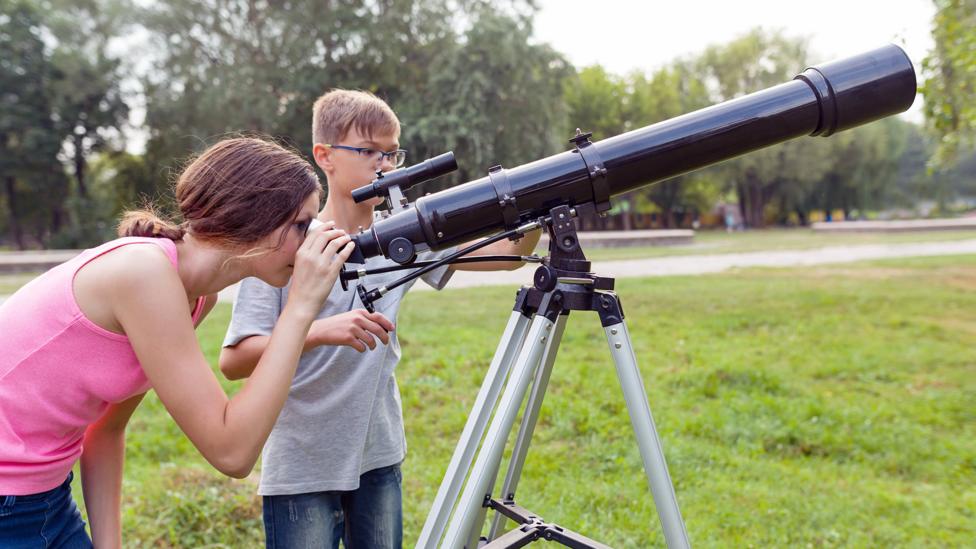 Inspiring intrinsic motivation in children means making them feel like they have agency over their own choices and learning styles (Credit: Alamy)

Dewart cites the case of a student with anxiety and physical aggression issues. “I didn’t want to single him out for misbehaving, so I came up with a behaviour plan involving rewards. For every 15 minutes he was able to control himself, he earned one minute of free time to use later.” The 15-minute requirement then became 30 minutes and eventually stretched to an entire lesson in which he was able to stay calm and attentive – a process jumpstarted by the reward.

Can you boost intrinsic motivation?

If educating children is a complex mix of nurturing their own curiosity and rewarding them for completing less attractive tasks, can we do more to make the task itself the reward?

Sarah McGeown, a senior lecturer in developmental psychology at the University of Edinburgh, says there are things teachers and parents can do to boost a child’s intrinsic motivation. One example is recreational reading, of which intrinsic reading motivation is a predictor.

She says finding books that are at the right reading level is important, as is encouraging students to identify as readers even if they choose comic books or magazines over novels. “It’s about broadening the conceptualisation of what it means to be a reader so more children and adolescents can self-identify as readers,” she says. “Helping children find the genres or authors that they enjoy is really important.”

Guay believes it is essential to support kids in a way that makes them feel they have choices and are doing things of their own free will. “Rather than focusing on rewards, focus on the quality of relationship with the students,” he says. “[That] means listening to children and even acknowledging negative feelings, which are normal.”

Studies have shown that for older students, extrinsic motivators can boost performance

He suggests finding time to address negative feelings toward an activity and explain why it is valuable even if it’s not particularly fun. “Students who find learning important, even if they don’t enjoy it, will bring about the same kind of positive outcomes as you see with those with high intrinsic motivation.”

But what does this all mean for grades, perhaps the most obvious extrinsic motivator for school learners? Both Guay and McGeown say there should be less focus on grades and more on the effort it took during the process itself. But some teachers want to go further.

Aaron Blackwelder, a high school English teacher, helped found the Facebook group Teachers Going Gradeless three years ago. From an initial membership of a few hundred, it now has over 5,000 members.

Instead of giving grades, Blackwelder presents students with a list of skills they need to master and opts for a pure feedback model on assignments. Some teachers are leery of his methods but he believes they are working. While there are always a few kids who don’t participate, that number hasn’t gone up, while the kids who do participate are improving “astronomically”. 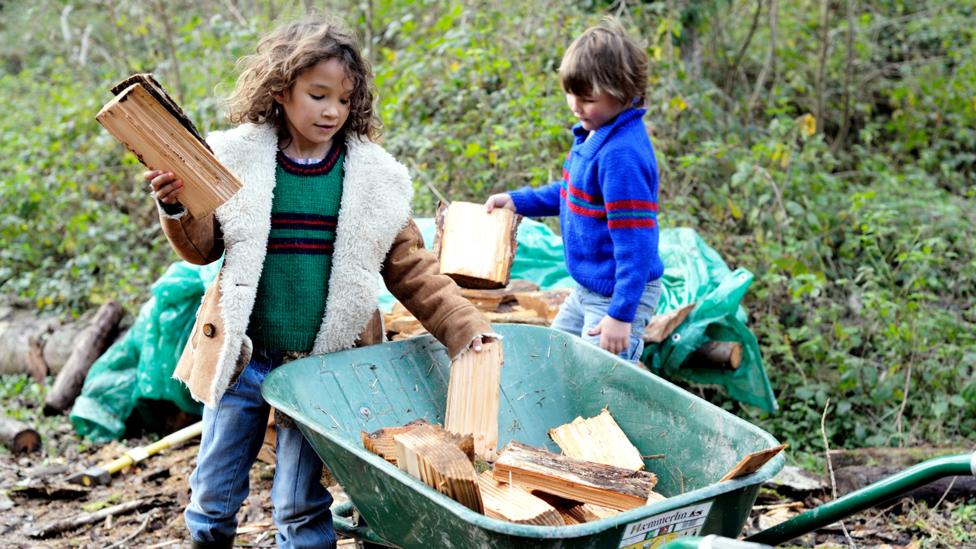 Research finds that students intrinsically motivated to learn perform higher than those motivated by competition or external rewards (Credit: Alamy)

“They trust me to offer constructive feedback because my actions are not perceived as punitive,” he says. “Students trust one another as there is no competition to earn the most points and earn the highest grade in the class. Rather, students rely on one another's strengths in order to be successful.”

Blackwelder, despite his preferred model, is still required to give a grade at the end of term. But Adam Tyner, associate director of research at the Thomas B. Fordham Institute, an education reform think tank, says grades do serve a practical purpose.

“The main benefit of using grades is that it distills performance into a single value that parents and students should be able to understand. Teachers can include both academic performance outcomes and day-to-day behaviour into students' grades, which means that they can theoretically capture not just whether the student knows the subject but also ‘non-cognitive skills’ like how well students cooperate and collaborate.”

And the fact that teachers who have adopted a feedback-only model in the classroom still need to report a final grade points to a social reality, that as we grow up and enter the job market extrinsic motivation – probably in the form of salaries – will play a greater role in our lives.

A place for rewards?

That may partly be why studies have shown that for older students, extrinsic motivators can boost performance.

Tyner points to the National Math and Science Initiative’s College Readiness Program in the US, which couples advanced training for high school students with financial incentives for successful students and teachers. “A rigorous evaluation by Northwestern University economist Kirabo Jackson found that the NMSI programme increases college attendance by 4.2 percentage points while increasing college readiness and longer-term labour force outcomes. Some subgroup effects were jaw-dropping. Hispanic students experienced an 11% gain in earnings when exposed to the NMSI incentive programme.”

I'm sceptical that for most adolescent schoolwork...there is much student intrinsic motivation we need to worry about undermining - Adam Tyner

“One point that researchers make is that extrinsic motivators may be dangerous when intrinsic motivation is already really high and a new incentive re-frames the experience as something to get paid for rather than something to do for fun,” he says. “I'm sceptical that for most adolescent schoolwork, especially in difficult and technical subjects like math, there is much student intrinsic motivation we need to worry about undermining.”