Research shows that giving a bad gift can hurt your relationships. So how can you be sure you pick something your recipient will love?

It’s the season to examine your holiday gift list. You’ll have to figure out who gets a present – but also how much you’re actually going to spend and, most importantly, what to get.

In the UK, the average household spends around £500 on gifts during the traditional holiday season, equalling Americans who spend about $650. And although giving gifts can make you happy, communicate your feelings toward the receiver and even strengthen relationships, a less-than-stellar gift can have the opposite effect.

“Choosing the wrong gift can be kind of risky for relationships because it says you don’t have anything in common,” says Elizabeth Dunn, a psychology professor at the University of British Columbia in Canada and co-author of Happy Money: The Science of Happier Spending. Her research has also showed that undesirable gifts can sometimes negatively impact the receiver’s perception of a relationship’s future potential.

Spending more does not always guarantee a well-received gift

Since you don’t want your holiday gift to cause more harm than good, how can you be sure to choose a gift the receiver will love? Psychology may have the answer.

Don’t fret about the price

Should you just splurge to show how much you care?

Research has actually shown that spending more does not always guarantee a well-received gift. One study found that the more expensive a gift, the more givers expected recipients to appreciate it. But while givers thought spending more conveyed more thoughtfulness, receivers didn’t associate the price with their level of appreciation. 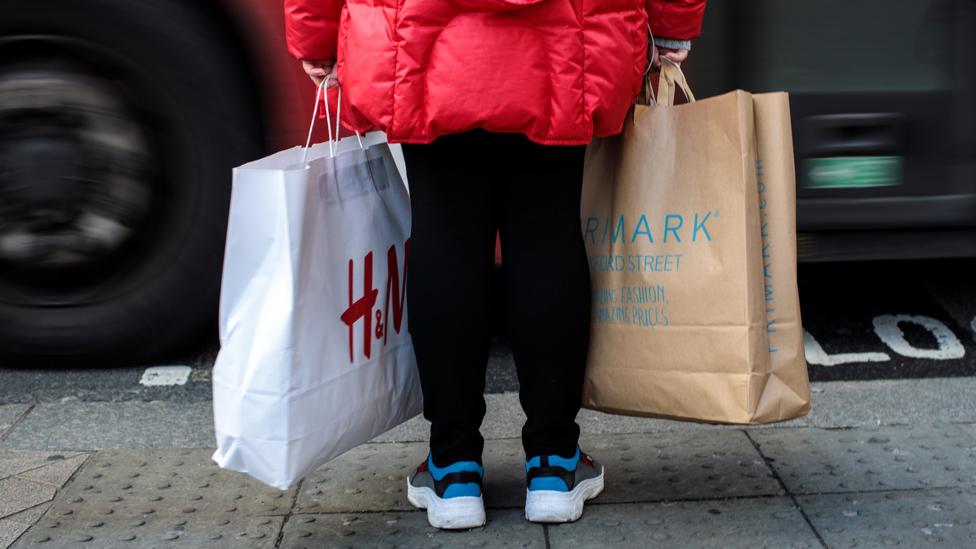 Surprising someone with a gift isn’t always the best idea – people might be better off saying what they want instead of leaving it up to chance (Credit: Getty Images)

“It seems pretty intuitive that if you spend more, you’re going to get a better gift. It turns out that there’s no evidence that recipients are sensitive to the cost of a gift when they figure out how much they’re going to enjoy that gift,” says Jeff Galak, an associate professor of marketing at the Carnegie Mellon Tepper School of Business in the US city of Pittsburgh.

Galak, who studies consumer behaviour and decision making, acknowledges that you may have to hit a certain price threshold due to tradition or expectations. But once you meet that cost, “it doesn’t matter if you buy something more valuable”, he says. The gift itself is what matters most.

Galak says the trick for giving a great gift is to think past the fleeting moment of actually handing it over, a concept he and colleagues Julian Givi and Elanor Williams found to be a common theme in studies on gift giving, including a paper they authored.

“When givers give gifts, they’re trying to optimise on the moment they give the gift and see the smile on the recipient’s face right in that moment,” says Galak. “But what recipients care about is how much value they’re going to derive from that over a longer time period.”

If you have something in common with somebody, get something that shares the same affinity – Elizabeth Dunn

In other words, it might not be exciting to watch a friend or family member open the gift of a movie-streaming subscription, so you might be less likely to give one. But a recipient may actually love it, since it’s a gift that can be enjoyed often over time.

Galak also suggests not getting hung up on giving the most unique gift out there. Sometimes something that many people desire or many others have can be exactly what someone wants.

One study showed that we tend to focus on a recipient’s unique traits and personality as we shop for them. But this hyper-specificity leads us to ignore other aspects of their wants and needs, which may make us buy them an inferior gift. We also tend to want to buy different gifts for multiple people, even if they might all be happier with the same thing – and might never compare gifts at all. 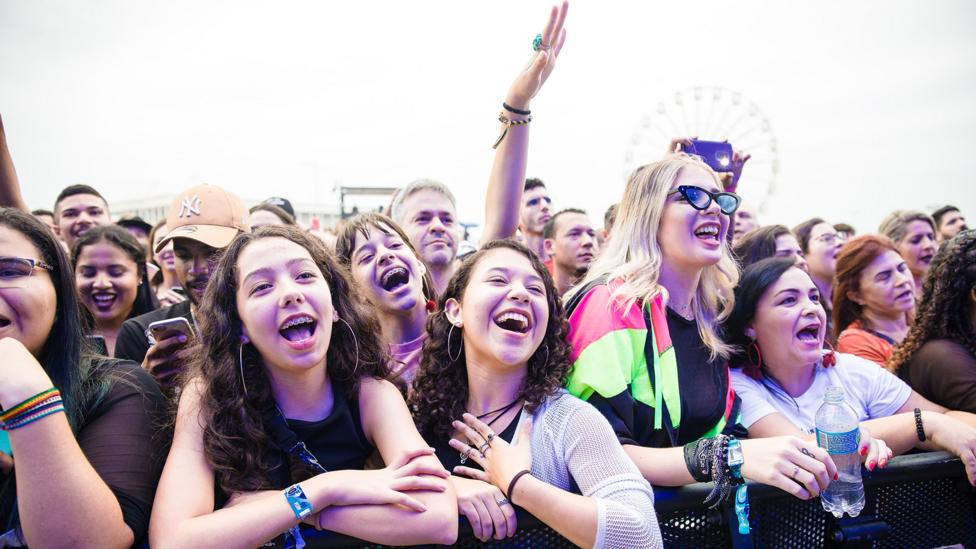 Rather than using your own preferences to buy a gift, focus on shared interests first and choose something you both would enjoy (Credit: Getty Images)

In order to feel like a good gift giver, people erroneously feel like they need to diversify the gifts, even at the cost of giving the best present, according to Galak. You might also overlook buying something that you own because you don’t want to undermine your own sense of individuality.

So those trainers of yours that your friend loves? Don’t avoid gifting a matching pair just because you want to be unique.

Buy based on shared interests

To shop better, psychology professor Dunn suggests starting with something you have in common with the recipient. She says that instead of using your own preferences and adjusting them for how you and the recipient diverge, focus on what you share and pick a gift from there.

“People are better at choosing something for themselves,” she says, “so if you have something in common with somebody, get something that shares the same affinity, because something you would like will more likely be something they like.”

For an even stronger gift think about a common interest you share and buy something that your recipient can experience – say, concert tickets or a cooking class. Research has also shown that experiential gifts can bring you and the recipient closer, even if you don’t experience the gift with your recipient.

Ask them what they want

If you have nothing in common, though, Dunn recommends just asking the recipient what they want, or to work off a registry. In fact, research shows that people are more appreciative of gifts they ask for than ones they don’t.

“People want to be creative and surprise the recipient,” says Dunn, “but the better gift will be whatever it is they say they want.”

Galak agrees that the simplest way to make a person happy with a gift is asking them what they want. It’s not an answer most people like, he says, because good gifts are supposed to be a ‘surprise’ – even though science has disproven this. 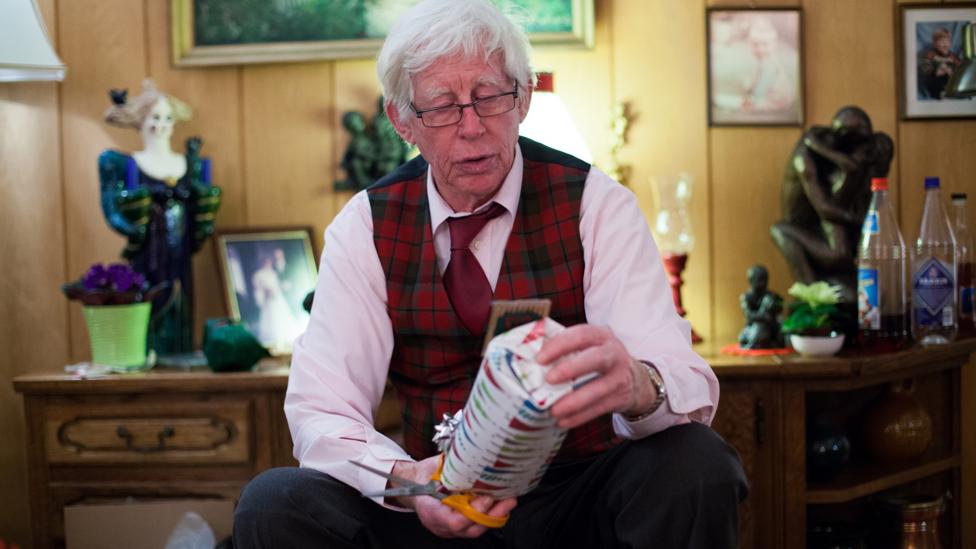 Monetary value means less than you may think, as gift receivers tend to care about the intention and thought more so than the actual item (Credit: Getty Images)

“Asking somebody what they want is seen as taboo. And that’s a shame,” he says. “We would all be better off if we gave people what they want.”

At the end of the day, don’t fret too much about giving a terrible gift: truly bad gifts are rare.

Unless something is wildly inappropriate, the recipient will feel some level of appreciation. Galak says that over the course of his research he has asked thousands of participants about gifts they have received, and he rarely hears someone talk about a bad gift. And even if you do give a sub-par gift to someone you are close to, you may be saved by your thoughtfulness. That’s because when someone gives a bad gift, it triggers the receiver to think about why the giver chose it.

“When someone does something puzzling that needs to be explained – like give a bad gift –that’s when you think about what’s on the other person’s mind,” says Nicholas Epley, a professor at the University of Chicago Booth School of Business who studies how we take other people’s perspectives and make judgements. His research shows that if your recipient feels like you at least spent a lot of time making your selection, they’ll appreciate the effort that went into choosing a less desirable gift.

In other words, the old adage ‘it’s the thought that counts’ really might be true.

And even if you don’t get the gift right, someone will still feel good in the situation: you. “When gift givers put a lot of thought into a gift, they feel closer to the recipient,” says Epley. “Even if the recipient isn’t so much affected by the thoughtfulness, the giver is.”