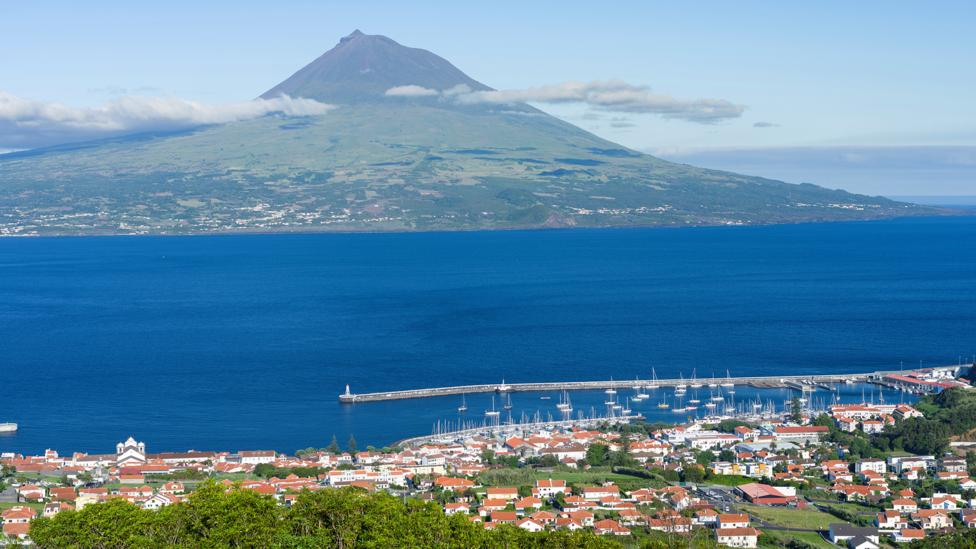 Sitting in the middle of the Atlantic Ocean, a humble port town is home to one of the world’s most remote post offices, which holds mail for yachters from all corners of the globe.

The Azores islands, an archipelago in the centre of the Atlantic Ocean that makes up an autonomous region of Portugal, comprise one of the Earth’s truly remote destinations. Their most frequent visitors are yachters, who anchor in the port of Horta on Faial, the middlemost island with a population of just 15,000. There, just next to the docks, sits the 100-year-old Café Peter Sport – one of the world’s most extraordinary post offices.

José Henrique Azevedo is the third in a generational line of owners, and oversees the restaurant-turned-mailroom each day. His grandfather, who opened the café, created a tradition of helping inbound sailors resupply their provisions and supplies. Eventually, he also offered to hold mail for their arrival. It quickly became known in the yachting community that if your email was forwarded to Horta, it would be waiting for you in a pile just inside the café.

Azevedo says that even though many of his services are free of charge, the currency he deals in is friendship. Being entrusted to hold mail for sailors from around the world is a source of pride, and the thing that makes him want to keep the family business running.

This video originally appeared in BBC Reel’s Ultimate World, a series that looks at places and people around the world that hold the record of being at the top of their game or at the extreme end of the spectrum.