An advert using the term ‘girl boss’ was recently found to have patronised women. Six years on, does the phrase regain a message of empowerment?

Back in 2014, American entrepreneur Sophia Amoruso popularised the word “girl boss”. Adding a hashtag prefix, she sent it rocketing into public consciousness as the title of her autobiography, a bestseller that later became a TV series, and that described her transformation of an eBay vintage store into the multi-million-dollar fashion brand that is Nasty Gal. That name was borrowed from a 1975 Betty Davis album, but with “girl boss” she signalled a defiantly female rebellion against the likes of ’80s power dressing trends (what were shoulder pads if not an attempt to give a woman a more masculine silhouette?). As a rallying cry for a generation of young women who might not otherwise have thought to start their own businesses, #girlboss bore countless hopes, dreams and gleefully hard-nosed aspirations out into the ether.

Still, language is nothing if not fluid, and neologisms like “girl boss” are no exception. Fast-forward a mere half dozen years and this particular formulation looks to have evolved into just another linguistic tool of oppression, doing the very opposite of what it was intended for: denigrating rather than celebrating, patronising rather than promoting. At least, that’s what a recent ruling by the Advertising Standards Authority (ASA) suggests.

Using freshly minted powers, the UK watchdog earlier this month banned an advert for PeoplePerHour, an online platform that connects freelancers with businesses. The ad, which appeared widely across the London Underground network at the end of last year, showed a red-haired young woman looking smilingly down at something off-camera, presumably her laptop. Or maybe she was just semaphoring coy feminine compliance, because the words that accompanied the image were the verbal equivalent of a pat on the head: “You do the girl boss thing we’ll do the SEO thing”. After all, what girl – or grown woman even – is capable of grappling with technology like search engine optimisation? 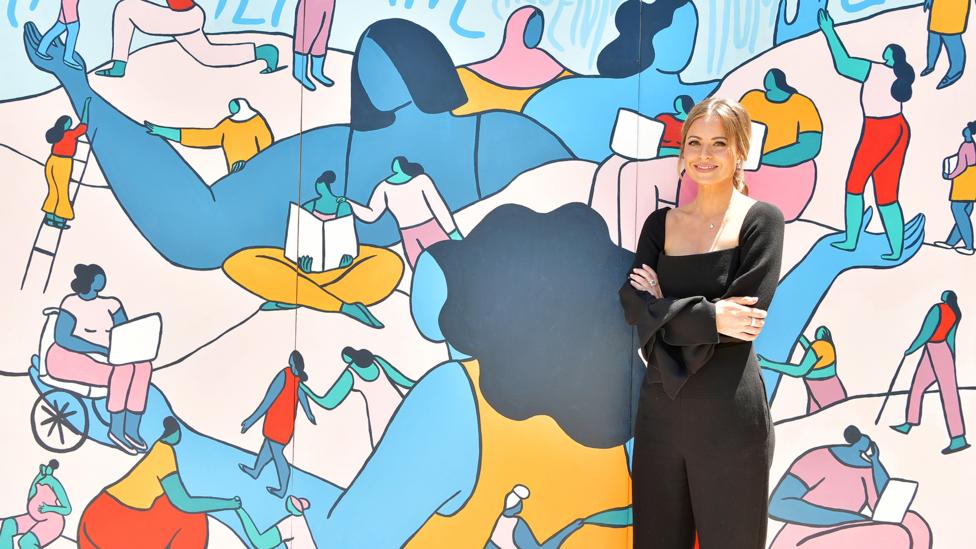 Sophia Amoruso, who launched the popularity of the “girl boss” term, borrowed the concept from a Betty Davis album from 1975 (Credit: Getty Images)

Unsurprisingly, the advert triggered a flood of social media outrage. As tech CEO Lisa Myers tweeted at the time, “I’m the BOSS of an SEO Agency. My vagina has nothing to do with it.” Emma Sexton, who happens to be the CEO of a creative B2B agency as well as a broadcaster, came up with some helpful alternate wording: “You be the CEO, we’ll do the SEO”. Problem solved. As it was, the ad seemed patronising and sexist – just two of the adjectives flung at PeoplePerHour by blue-tick Twitter users. The ASA, it turns out, agreed. Through its “patronising” image of a woman running a business, it ruled, the advertisement “perpetuated harmful gender stereotypes”.

Of course, for anyone who’s even passingly familiar with the tech industry’s deep-rooted woman problem, the ad was regrettably on-brand. And if it seems depressing that PeoplePerHour signed off on it in the first place, the company’s response failed to defuse the row. While conceding that it might have "come across as sexist and demeaning to women", the company said that along with issuing an apology on its website, it had already tweaked the ad. How? By removing the word “girl”.

As Frankie Cotton, an entrepreneur and host of the podcast Women on Top, noted in a telephone interview: “Just taking ‘girl’ out is almost laughable. The whole thing needed to be rethought. What amazes me most is that nobody questioned the ad during the approval process; either there were no women involved or there was no space for a female perspective.” What it boils down to, she says, is a diversity problem.

While ‘girl boss’ immediately draws attention to the feminine, it also infantilises the role of a female as a boss. – Magdalena Zawisza

The irony is that along with words like “momtrepreneur” and “she-EO”, girl boss was originally intended to address precisely this. Cringeworthily cutesy though they may seem to some now, the terms were meant to be empowering and enabling. Unfortunately, at the same time they subtly undermined the very achievements they were coined to cheer on: the need for a gendered qualifier instantly set women’s accomplishments apart from those of their male colleagues. Like the now frowned-upon term “female athlete” and “actress” before it, they assume male dominance.

As Magdalena Zawisza, a Reader in Consumer and Gender Psychology at the UK’s Anglia Ruskin University, notes: “It is very difficult to escape the deeply rooted gender stereotypes, and many such linguistic attempts backfire… While ‘girl boss’ immediately draws attention to the feminine, it also infantilises the role of a female as a boss. Have we ever heard about ‘boy bosses?’”

As she discusses in her recent book, Advertising, Gender and Society: A Psychological Perspective, visual media is full of examples of female infantilisation, something we just don’t see men subjected to. And the ad from PeoplePerHour compounds this by reinforcing traditional views of women as “not very technologically-minded individuals”, Zawisza adds.

For some feminists, empowerment is in itself problematic, conveying the suggestion that certain groups need special help, but the fact remains that women are still chronically underrepresented in business, and the higher you climb, the worse it gets. Yes, she-EO implies that most C-suite occupants are male. Well, guess what? They overwhelmingly are. As a 2019 report from the UK’s Chartered Institute of Personnel and Development found, FTSE 100 CEOs are more like to be called Steve or Stephen than be a woman. 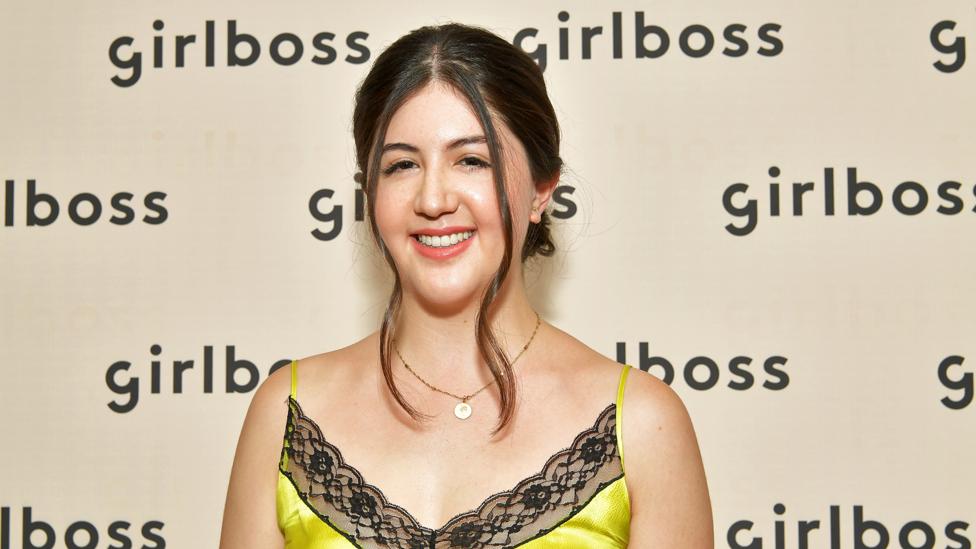 Jennifer Simons, CEO of Dressmate and the winner of Girlboss’s Foundation Grant in 2019, doesn't call herself a 'girl boss' but sees the term's value. (Credit: Getty Images)

All too often, equal opportunity in reality means the opportunity to play at being a man. Women continue to find that in both the hiring and promotion processes, stereotypically masculine traits tend to be held in higher regard than female characteristics. Yet when women adapt their behaviour accordingly, they are often seen negatively. Clumsy and flawed though it may be, “girl boss” could be seen as an attempt to carve out a space in which women can be in charge without having to ape men.

Jennifer Simons, who is 23 years old, is one of the many young women who found Amoruso's book inspirational. She's gone on to become the founder and CEO of Dressmate, a Brooklyn-based e-commerce site for women, and won 2019's Girlboss Foundation Grant. "Do I refer to myself in day-to-day lingo as a girl boss? Absolutely not," she says. "In a perfect world, we’d have one word, boss, and everyone could just picture five different people when they say that word. But right now that may not be the time we’re in, so if this is the in-between word that we have to use to get there, then I’m happy about it."

Context, as ever, is all. The PeoplePerHour advert is by no means the worst offender when it comes to sexist billboards in the 21st Century, but its hijacking of a valid, if problematic word in equality’s arsenal felt keenly undermining to some. Even as it shone an inadvertent spotlight on the flaws of the word girl boss, everything about the campaign and its fallout illustrated why such words – or at least less flawed alternatives – continue to be needed.