Malte Kleinwort, 46, never felt bad about flying. That’s until last year, when Swedish climate activist Greta Thunberg changed his mind. Now he is one of a growing number of Germans to abandon short-haul flights in favour of the train.

“Before, I didn’t feel any flight shame at all really,” said Kleinwort, a research associate at the Ruhr University Bochum. “I felt I shouldn’t fly too much, but it was cheap and I got to my destination quickly.”

Then, last summer, he took his nine-year-old daughter to a Fridays for Future demonstration, the weekly climate protests inspired by Thunberg. Hearing activists’ pleas for travellers to use more environmentally friendly modes of transport, Kleinwort felt moved to make a change.

Kleinwort isn’t alone in cutting down on flying. Last September, a survey for UBS investment bank found 23% of German respondents had forgone at least one flight in the past year for environmental reasons.

So, is flight shame to blame? 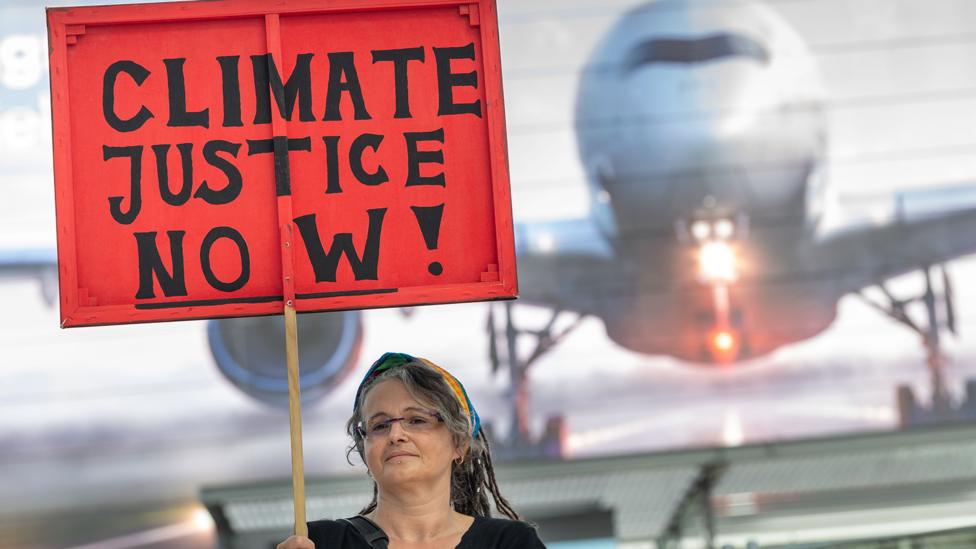 Domestic down, intercontinental up

Yes, says Stefan Gössling, professor of tourism research at Sweden’s Linnaeus University, who has conducted his own (as yet unpublished) research into German attitudes towards flying.

“I can’t see anything more plausible than flight shame to explain these changes,” says Gössling. “There has been a massive debate in Germany. What we are witnessing is a social norm change now translating into a change in behaviour.”

Others are less sure. Industry leaders point to economic factors for the shrinking passenger numbers on domestic flights often frequented by business travellers. “Essentially, the falling passenger numbers have to do with the declining German economy,” said Ralph Beisel, managing director of the ADV airport association.

Slowing economic growth over the past three years has dampened demand for domestic flights. Meanwhile, Beisel said the trade conflict between the United States and China  has meant fewer passengers on domestic feeder flights to German hub airports for onward travel to key markets in Asia.

There has been a massive debate in Germany. What we are witnessing is a social norm change - Stefan Gössling

“People aren’t forgoing important flights, at least not for climate reasons,” agrees Eric Heymann, an analyst at Deutsche Bank. “Economic conditions are behind the decrease in air traffic. If a firm sees that the economy isn’t doing so well, they might reconsider flights to make savings.” 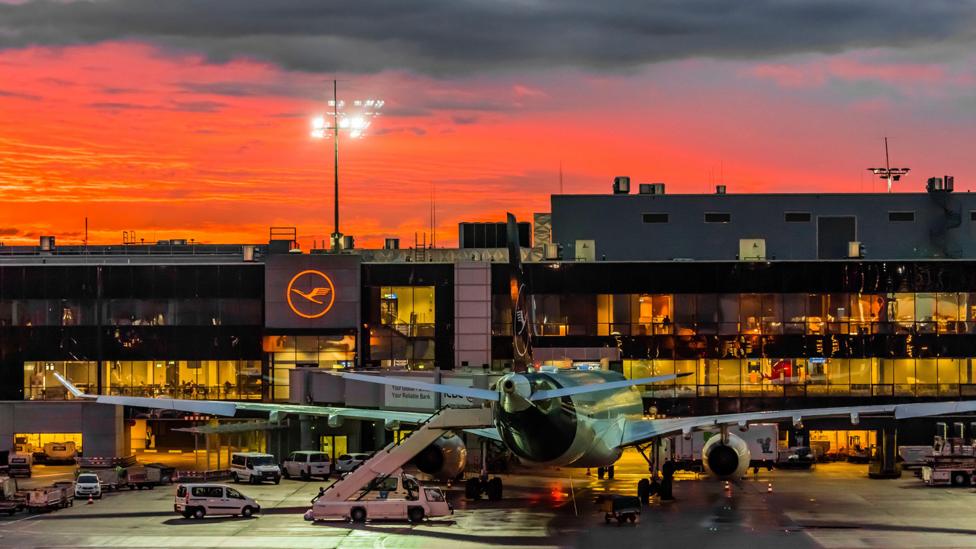 Sunrise at Frankfurt am Main Airport. Flight shaming has been a flashpoint for debate in Germany over the last year amid climate change concerns (Credit: Alamy)

“It's too early to conclude that there is an impact on traffic in Germany based on environmental concerns,” said Haradau-Döser. “It's more the rationalisation of networks, overcapacity in the market and the weak profitability of some players over recent years.”

And when it comes to tourism, increasing numbers of Germans are flying on intercontinental flights, with ADV registering year on year growth of 1.8% in intercontinental passengers through German airports, reflecting continued growth in air travel worldwide.

In November, 38% of Germans surveyed by Kiel’s NIT Institute for Tourism Research in Northern Europe said they had flown on holiday within the past 12 months, slightly down from the all-time high of 41% in November 2018. Among under-30s, the age bracket driving the Fridays for Future movement, it was 47%.

What’s more, 60% of those who had flown said they didn’t feel that bad about it, compared with just 19% who had a “very bad conscience” and another 22% somewhere in the middle. (The full survey analysis will be published in March.)

“We don’t see that people are flying less because of the climate question since Greta Thunberg came on the scene,” said Wolfgang Günther, NIT’s Associate Director and Head of Sustainable Tourism. “German tourists are booking much as they were before.”

So, if Germans are still flying, why aren’t they taking domestic flights? The answer is simple. Within Germany, travellers prefer the train.

New high-speed rail connections poach passengers so quickly from previously popular domestic flight routes that a number have had to close. Hamburg-Berlin was the earliest victim, followed by Cologne-Frankfurt and, last summer, Nuremberg-Berlin.

German rail operator Deutsche Bahn says the high-speed Munich-Berlin link, which opened in 2017 and travels the 450km (280 miles) between Nuremberg and Berlin in under three and a half hours, overtook the plane as the most popular mode of transport within a year. Airlines just couldn’t compete.

Convenient high-speed city-to-city travel is attracting even dedicated frequent fliers. German travel consultant Lars Corsten flies 600,000 miles a year for work without a twinge of conscience. But even he doesn’t fly between German cities if he can take a high-speed train. 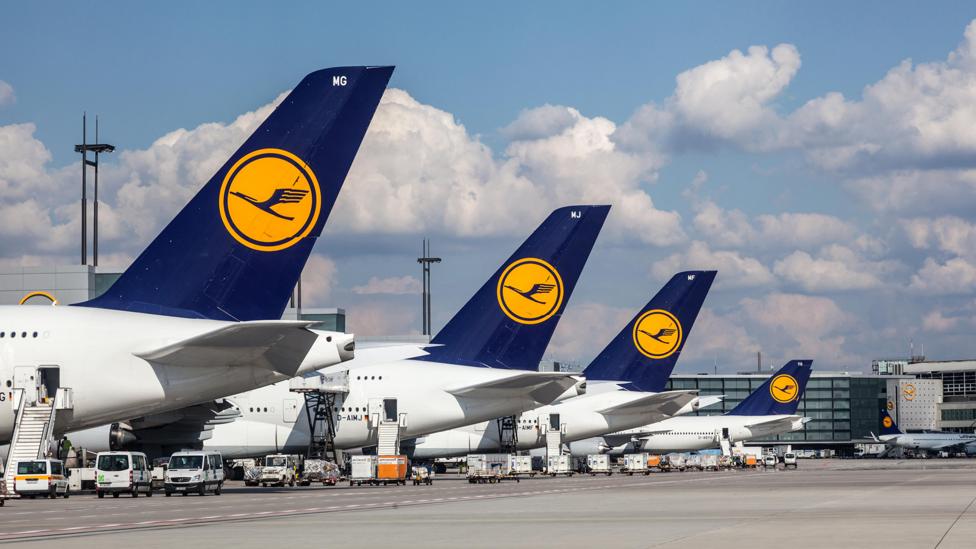 “I’m not ashamed of flying,” says Corsten, founder of a group for frequent travellers. “But from Berlin to Munich I’d take the train as it would get me from city centre to city centre much faster. Instead of making people feel bad about flying, [activists] should convince them of the other options.”

In a bid to meet new climate targets, Angela Merkel’s coalition government hopes to encourage this switch to rail and has agreed a €86bn ($95bn) investment deal to extend and update the rail network over the next decade.

It also raised taxes on domestic flights and slashed VAT (sales tax) on long distance trains, a saving which was passed on to passengers in the form of a 10% price cut this January. Deutsche Bahn says it expects the price cut to attract an extra five million passengers annually.

This is a step in the right direction, says Felix Methmann from the Federation of German Consumer Associations. “Only if consumers have a real alternative that is both reliable and good value will they have the opportunity to move around in a climate-friendly way.”

But Germany’s Greens say the government should go even further. MP Daniela Wagner believes that, with the right level of taxation and investment, domestic flights could be obsolete within a decade.

“Train travel must become cheaper and flying more expensive,” says Wagner, co-author of a recent position paper demanding a kerosene tax for flights over German airspace. “No one boards a train if they need twice as much time and have to pay twice as much than if they took a plane,” she argues. “That has to change.”

Meanwhile, airlines say they should be given time to work towards a cleaner future for aviation.

Replacing older planes with cleaner models and creating a unified Single European Airspace so that routes can be streamlined are the most effective short-term measures, said Lufthansa spokeswoman Sandra Courant. Long-term, all eyes are on the development of cleaner fuels, such as synthetic kerosene. “We are aware that we have a responsibility to conduct our business with minimal effect on the environment, and that’s our goal,” says Courant.

Still, the sector acknowledges there is a long way to go before flying can be considered green. “The industry has its work cut out in the long term to convince passengers that in future they can board a plane with a clean conscience,” says Beisel of the ADV airports association.

Until then, as millions around the world demand urgent climate action and the rail service improves, it’s likely growing numbers of Germans will think twice before hopping onto a short-haul flight.

“I think we’re in the middle of a societal transformation that’s happening on all levels,” says Kleinwort. “I expect in five years most people will think differently about flying.”