We all cyberloaf – and the science says that it can make us more productive at work. But when does a useful break become plain old slacking off?

When Stephanie Andel can feel her eyes glaze over scrolling through academic papers, institutional emails or student marking, she’ll open a new tab in her web browser and explore. “I take a few minutes every hour or two to surf the web, look at news or scan my Facebook feed to catch up with friends,” Andel, assistant professor of psychology at Indiana University Purdue University of Indianapolis, admits.

She’s not alone. Research shows that workers drift from their contracted tasks to personal email, social networks and the far corners of the internet for anything between a few hours a week to a few hours a day. Six out of 10 people admit they can’t get through the workday without checking their social media, according to online learning firm Udemy, while two-thirds of us say Facebook is the biggest time-sink. This phenomenon – known as cyberloafing – is an issue that costs businesses $85bn a year through lost time, according to researchers at the University of Nevada.

Cyberloafing is often presented as a negative. “Some of the early research into it was framing it as procrastination,” explains Dr Fuschia Sirois of the University of Sheffield’s Department of Psychology. “People were cyberloafing to escape.” Yet more recent research suggests that a degree of cyberloafing may be beneficial to employees; that small breaks help them refocus between tasks and even deal with workplace stress. Briefly stepping back – also known as “psychological detachment” – helps them muster energy to continue through the workday.

Yet employers know that distracted workforces mean lost productivity. Some block access to certain websites and social networks, or develop strict internet use policies. Others say trusting employees to decide what’s appropriate is a better way to ensure good job performance. But is it possible to establish exactly how much time spent surfing online rejuvenates, without tipping over into slacking off?

How long is too long?

When it comes to cyberloafing – and finding the ‘right’ amount – Jonathan Wasserstrum, chief executive of New York real estate technology company Squarefoot, is a realist. He believes employees will slack off at times to regain focus regardless of workplace policies. “If someone is not being productive for a minute because they spent all morning in a deep session working with a few people, they can pretend to have a spreadsheet open, or they can relax for a couple of minutes,” he says. “The latter is going to be better for us in the long term.” 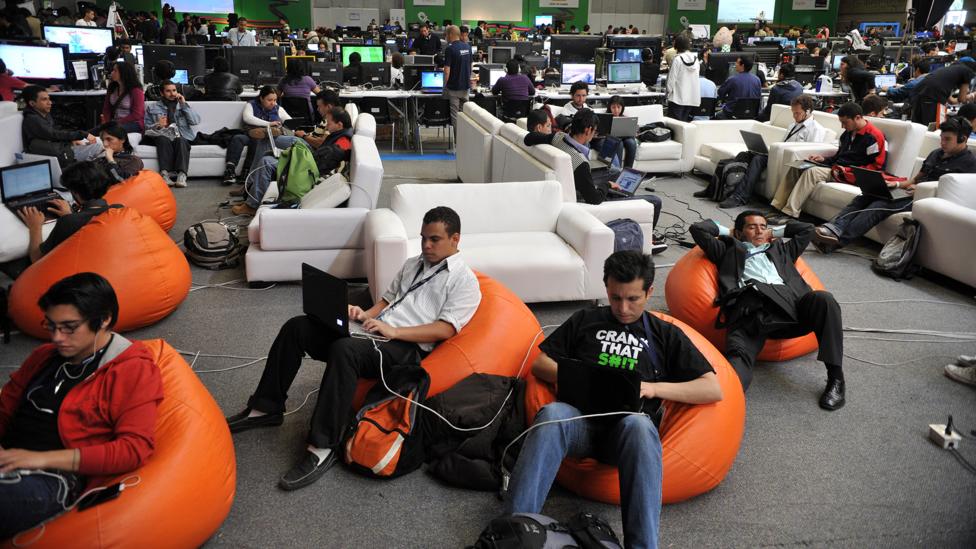 The key question is when a short break to reset after a tough task turns into procrastination. “There’s a fine line between cyberloafing to refresh the mind and when people are doing it as an escape from the task because they find the task challenging,” says Sirois.

Andel says we don’t yet know where that line is; she’s certainly qualified to comment, as her own research shows that cyberloafing can keep employees happier and mitigate against negative effects of workplace culture.  But she believes it depends on a number of factors, including the type of organisation, the job and work conditions. Cyberloafing would have less impact on salaried workers, for example, because they have to complete their tasks at some point, whereas those paid by the hour would face more time pressure. “Every minute taken for a cyberloafing break means that they have less time to actually complete their job tasks,” she says.

Research by Andrew A Bennett, assistant professor in the Department of Management at Old Dominion University, Virginia, has shown that breaks as short as a minute can help rejuvenate employees and improve productivity in the long run. But he says the reason we don’t yet know the optimal length of a break is because the exact mental processes that make people feel rejuvenated and ready to tackle the next task are not yet fully understood. “Our best guess right now is that diverting your attention to something new – even a new task – can provide some short-term relief if you're feeling tired or exhausted from what you're working on,” says Bennett.

In a 2019 study, he and his colleagues tested the impact of different lengths of break – one, five and nine minutes – and various activities on reported fatigue, vigour and attention. One group watched funny videos, another watched mindfulness meditation videos and the third group took the Stroop colour and word test (where the word “green” is displayed in red text, for instance).

‘If you go past the point where you set a limit on your break time, it becomes just procrastination.’ – Dr Fuschia Sirois

While some of the different breaks helped people feel more energised and attentive, they didn’t get back to pre-break levels in either – which is why Bennett is wary of saying any break length is “optimal”. However, Bennett did discover that the longer the break when watching funny videos, the more enjoyment people felt, and the less fatigued they were. Watching both mindfulness and funny videos helped improve psychological detachment – the key thing people want from a break – the longer they spent away from work. Yet there were caveats: those who watched funny videos for one, five or nine minutes returned to work with less attention than their baseline throughout the day – and only those who watched five minutes of funny videos felt more vigour when they resumed work.

Sirois, the procrastination researcher, says that extending a break to recalibrate needs to be done with care. “You’ve always got to be reasonable,” she says. “A 15-minute break because your brain is turning into mush is fine. But if you… find yourself saying you just need another few minutes, it’s bad. If you go past the point where you set a limit on your break time, it becomes just procrastination.”

Vivien Lim, professor at the Department of Management and Organisation at the National University of Singapore and an expert on cyberloafing, points out that the length of an appropriate break depends on the person. “Employees are not machines, and cannot work for prolonged periods of time during the workday,” she says. “I don’t have empirical evidence on how much cyberloafing is good.  From experience though, I would say that about 15 to 20 minutes should suffice, but it would vary among individuals. Anything beyond 30 minutes though may prolong the detachment from work and makes the transition back to job-related tasks difficult.”

Timing is also a factor. “If stressed employees can sprinkle microbreaks throughout their day, alongside traditional longer breaks, such as lunch breaks, which we know are also important for well-being, I would postulate that they will be less exhausted by the end of the workday,” says Andel.

Should you set limits?

“I’ve found those small breaks break up the day and provide me with some energy that I can then use to work harder and longer over the workday,” says Andel. 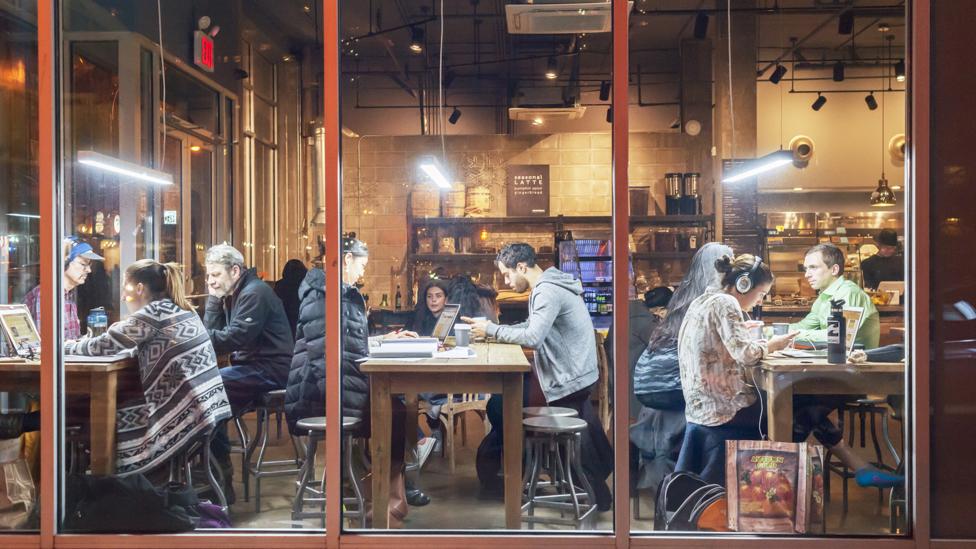 Briefly stepping away from tasks is known as “psychological detachment”, and research suggests it can help restore workers’ energy throughout the day (Credit: Getty Images)

Sirois says such breaks can help workers return to a task with a new perspective. “They come back with fresh ideas and are better able to tackle the task – especially if it’s one that involves a bit of problem-solving or creative thinking,” she says.

At SquareFoot, employees don’t face any restrictions on their internet use. “We’re all about setting goals and holding people accountable. As long as people are doing that, we’re pretty flexible about how they do it,” says Wasserstrum.

One survey shows that restricting access to social media in the workplace can cut the proportion of employees who spend more than four hours a week cyberloafing by half. Some companies are draconian in banning all non-work internet use, while others restrict certain sites. Yet cyberloafing has been linked to higher levels of employee job satisfaction – which also positively impacts productivity.

Where does that leave employers? Sirois believes that one of the main reasons people cyberloaf in the first place is linked to unhappiness. That’s supported by research from the Wisconsin School of Business, which shows people are more likely to engage in cyberloafing if they feel their workplace doesn’t treat them fairly.

Andel’s research also found that cyberloafing can be a release from stress or bullying. When she studied employees’ reasons for cyberloafing, she found that three-quarters of those who felt mistreated at work said they cyberloafed, compared to 61% of those who said they didn’t experience mistreatment. “Instead of dealing with cyberloafing, employers should also deal with the problems that are leading to it in the first place,” she says. “You don’t want to just address the symptoms; you want to address the root issue.”

Ensuring you have a fair workplace is the goal of any business – but in the debate over acceptable levels of cyberloafing, it’s even more important. Too strict, and employees may take their unhappiness out by heading to Facebook anyway. Too lenient, and some may not be able to resist dawdling. And until academia decides, individual employers will have to decide what the “right” amount of cyberloafing is for them.