If we can quantify the value of each educational opportunity, can that data help map a pathway for building the skills needed to succeed? One company is looking into it.

To prosper in an era of technological disruption we’re told we need to become lifelong learners, and to nurture skills like creativity, adaptability and emotional intelligence. But there’s often little guidance on how to do this; navigating the bewildering array of educational options at our fingertips can be a daunting task.

What if there was a way to quantify the value of each university module, training course or career choice, and map how they would shape your skills and the opportunities available to you? That’s the goal of Washington DC-based non-profit Learning Economy, which is building a way to securely share data about our skills, education and work history using blockchain, the technology behind bitcoin.

The system could streamline administrative tasks like verifying qualifications, but more importantly could track how people learn from kindergarten to retirement. That data could give educators unprecedented insight into the educational pipeline and provide people with personalised guidance on how to chart a course through education and work. 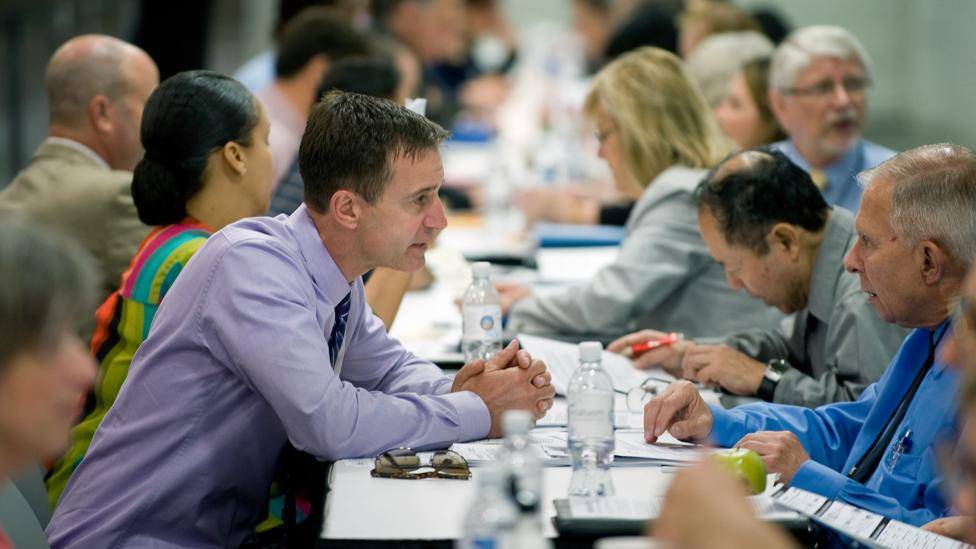 That might sound like a tall order for a passion project started less than two years ago, which has so far relied on volunteers and financial support from two of its cofounders, CEO Chris Purifoy and chief technology officer Jacksón Smith.

But Colorado’s Department of Higher Education and Broward County Public Schools in Florida, the latter of which serves a quarter of a million school students, have already signed up to trial Learning Economy’s technology. Both held kick-off events last month and pilots should be up and running by the end of the summer. The group is also in the process of raising more substantial funding with the help of like-minded education foundations.

Smith believes the system they’re building could eventually support a global economy where skills are the new currency and students are paid to learn in exchange for their data. “We have this mantra – what if education was the new gold standard?” says Smith. “If you can quantify the value of education…you can actually build a market on top of it.”

First though, Smith believes the educational supply chain needs to be fixed. Schools, employers and governments all measure skill development, but a lack of data sharing means the process is fragmented. Consolidating all that information in one place could be hugely valuable but would also create enormous privacy concerns, so Learning Economy is developing a way to share it safelyand anonymously on a public database.

That’s made possible by blockchain, a high-tech record-keeping system invented to support the cryptocurrency bitcoin. The technology makes it possible to share records across a large network of computers, and changes have to be agreed upon by the entire network rather than relying on a single central authority. Records are also protected by powerful encryption that makes them virtually impossible to tamper with and masks the identity of users.

A growing number of companies are experimenting with using this technology as a faster and more secure way of sharing information for applications as varied as medical record keeping and tracking the provenance of food. And Learning Economy has adapted it to join up the vast trove of learning data languishing in private databases. 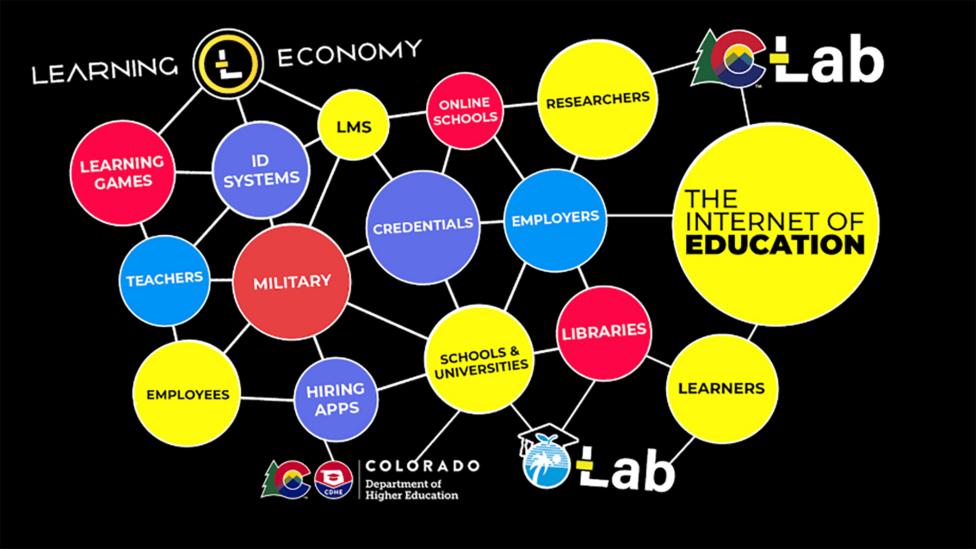 These are the networks Learning Economy hopes to share data between - data like skills, employment history, and so on - to make applying for jobs easier (Credit: Learning Economy)

“It unifies the whole supply chain,” says Smith. “Once you have the supply chain, you can do a number of really profound and remarkable things.”

Under Learning Economy’s proposals, every user would have a “universal learner wallet”. Depending on buy-in from other organisations, that could include school and university qualifications, employment records, online courses completed, workshops attended, even languages learned on Duolingo. Users wouldn’t upload details themselves; they would rely on those holding the records to sign up to the system. But only the user would have a complete view of their record and could control who they shared it with.

This could be used to automatically prove credentials to prospective employers or schools, says Smith, which can be a lengthy and expensive process in the US. Learner records could also be used to bypass the highly bureaucratic process of transferring credits between colleges, he adds. But the true value of the system would lie in the aggregate data.

Learning Economy’s system would be able to pull out broad patterns (without identifying individuals) that could be analysed to provide a “skills graph” – a detailed map of skills development that schools, administrators and employers could use to identify areas of excellence, best practices and skills gaps.

More importantly, the data could also be used to map potential routes through education and employment by quantifying how different nuggets of learning and experience contribute to skills and career trajectories. Smith says Learning Economy is in the early phases of a joint project with Alphabet’s research arm Xto create an AI-powered interface that would use this data to provide learning advice.

“The idea is that you can actually work with the AI to determine what your goal is in learning,” says Smith. “And it will give you a sort of menu of tactics to achieve your goal.” 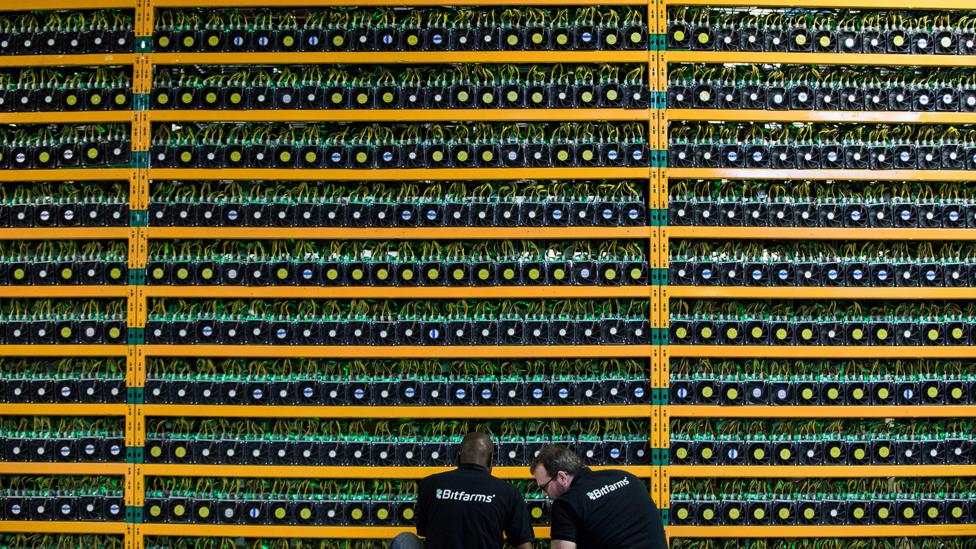 Many educational systems have tried to implement their own solutions for mapping learning pathways, says Jennifer Adams, former director of education for a school board that oversaw 147 schools in Ottawa, Canada. But using blockchain to decentralise the process and bring in data from many more sources could greatly widen the scope of these efforts and lower the barrier for entry for new organisations who don’t currently have the IT capabilities to do this, she says.

She cautions against relying on the approach in isolation, however, and says it should be used alongside other methods for guiding learners. “We have to make sure that we're realistic in how we talk about this, that we acknowledge that it's complex,” says Adams. “That there is some predictability, but it's not a defined path.”

Given the expansive scope of the data Learning Economy wants to corral though, she says their toughest job might be convincing students, schools and parents that blockchain can keep their details safe and that they won’t be put to any nefarious uses. “Parents, completely understandably, will be cautious about this,” she says. “So we have to have really good communications tools to tell them how we're using that data and how it can help their child.”

Learning Economy is aware of this. That’s why the system and underlying data will be co-owned 50-50 by those who produce it, like students, teachers and employees, and the organisations that currently collect it like schools, administrators and employers. They are developing a governance system to help the network decide how data is used that will include both voting directly on issues and electing representatives.

Smith thinks the data their system collects will be so valuable to governments and employers that they will be willing to pay to access a dashboard that lets them explore the skills graph. If the idea manages to scale to national or even international proportions, they’ve created models in which this money could be used to create a “central learning reserve” that automatically pays the learners and teachers creating the data. 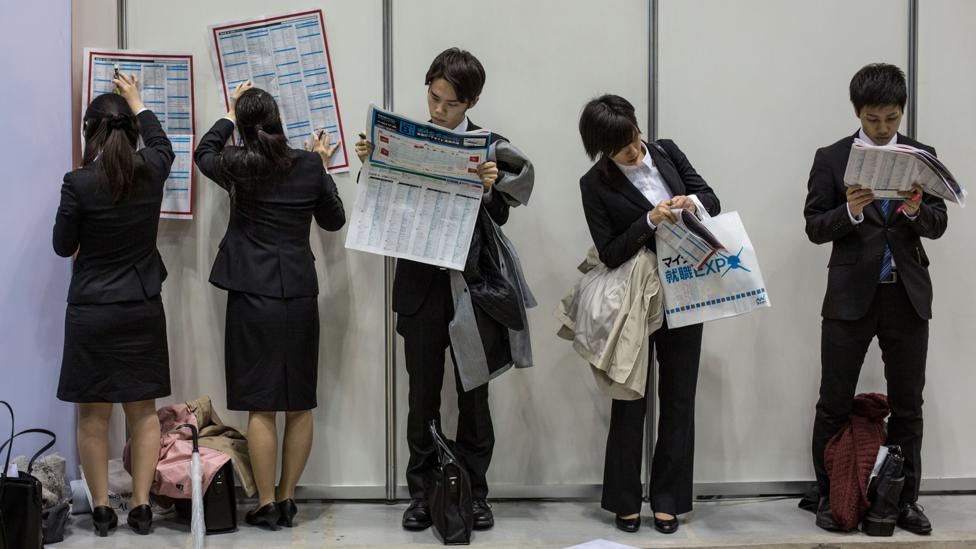 “Learning itself is the energy that goes into this economy,” he says. “The world's not entirely ready for that, but we are working on proving that and getting there.”

CEO Purifoy acknowledges the dangers of using an approach designed in explicitly economic terms to quantify the value of education. That’s why their plans don’t end with the skills graph, he says; in the long run they want to create a “life graph” by integrating a far wider variety of data sources like surveys on life and work satisfaction, personality tests or even exercise data from wearables.

That could make it possible to map out learner pathways not based purely on academic and professional success, says Purifoy, and instead let users create a personalised roadmap to a happier, more successful life – whatever that means for them. “That can help us protect against optimising just for work,” he says. “It needs to take holistic living into account, and happiness and qualitative things that you're not going to get from economics.”

Launching Purifoy and Smith’s idea would require buy-in from a lot more schools, universities and employers. But the endeavour might not be as crazy as it sounds, says education consultant Sarah Lee, who took part in a workshop by Learning Economy at the 2019 World Innovation Summit for Education. Many companies are essentially paying people to learn whether through apprenticeships, funding MBAs or providing on the job training, she points out.

“There's already momentum in this sense, it's just within each corporate bubble,” she says. “Now, once that begins to open up and be exchangeable, that's incredibly interesting.”