Could a Swedish housing experiment that forces solo-living renters to spend two hours a week together be a solution to loneliness for young people?

There’s a beaming smile on 20-year-old Fia Stegroth’s face when she bumps into her new friend Rasmus Juhlin, a 22-year old who shares her passion for gaming, costume play and anime, in the foyer of their apartment building.

“We have a lot of hobbies that are the same and after 10 minutes we became friends,” she says, recalling their first encounter at a tenants’ meeting a few weeks earlier. “Clicked instantly,” confirms Rasmus, finishing off her sentence. “It was really fun to meet each other."

The pair are among 72 people selected to take part in an experiment in collective living in Helsingborg, a small seaside city in southern Sweden. Known as Sällbo (which combines the Swedish words for companionship ‘sällskap’ and living ‘bo’), the project asks all residents to sign a contract promising to spend at least two hours a week with one another. Just under half the tenants are young people under the age of 25, and the rest are pensioners. Most live alone, although a few have relocated as couples or brought their pets along.

“We try to work against loneliness, to make people be more socially included,” explains Dragana Curovic, one of the managers of the scheme, which launched in November 2019 and is run by a housing company funded by the city council. 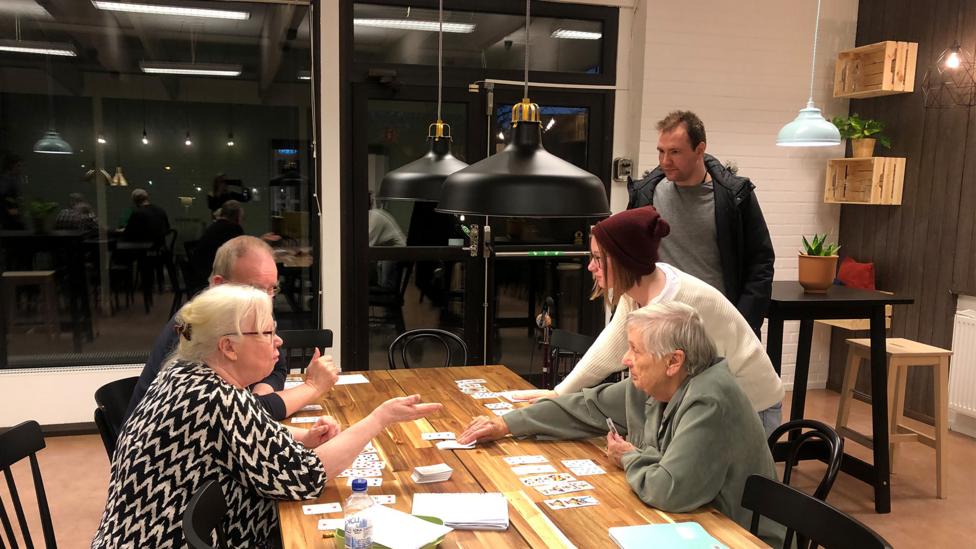 Sällbo, the name of the housing experiment, combines the Swedish words for companionship ‘sällskap’ and living ‘bo’ (Credit: Benoit Derrier)

Curovic hopes it will improve society, “because as they are happier, they will be less sick, they will go [to the doctor] less... and they will use less public services than they do now because they can ask their neighbours for help.”

The residents have all been hand-picked by Curovic to ensure they have a range of different personalities, backgrounds, religions, interests and values. The rent is between 4,620 and 5,850 Swedish krona ($478 to $602) a month, around the same price as similarly-sized rent-controlled apartments elsewhere in the city.

But at Sällbo, as well as having their own individual flats (including separate kitchens and bathrooms), tenants also have access to multiple so-called “togetherness” areas designed to promote their interactions with others. There’s a gym, a yoga room and several communal kitchens. An arts-and-crafts studio has already been filled with residents’ mood boards, paints and wool, while residents have also begun stocking the library with books.

‘We try to work against loneliness, to make people be more socially included’ − Dragana Curovic

The largest “togetherness” lounge has quickly become a go-to spot for weekly card games thanks to its long tables. After her catch-up with Juhlin, Fia Stegroth is on her way there, to give a hug to her closest female friend in the complex, Gunnel Ericsson, who is 86.

“It's a nice idea to get together instead of each sitting in one little flat,” says the widow. “I was so lonely after my husband died one and a half years ago... silence was overwhelming and it could go past days when I didn’t talk to anyone.”

Dragana Curovic says improving the quality of life of senior residents like Ericsson, who lacked daily interactions, was the project’s original goal. But once the team started their research, they realised how much many of the younger tenants could benefit too. 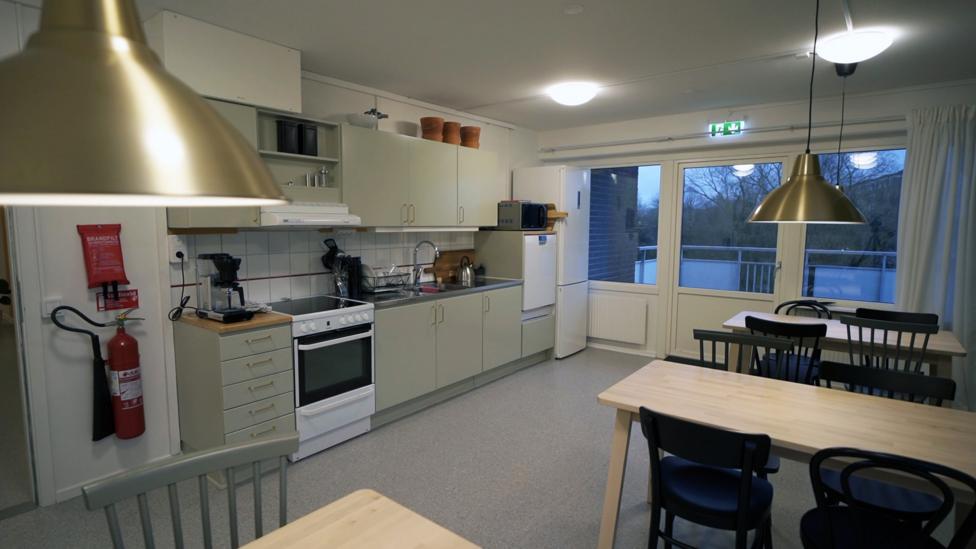 Tenants at Sällbo have access to multiple “togetherness” areas designed to promote their interactions with others (Credit: Benoit Derrier)

‘It's been a myth for a long time that old people are more lonely than others. But it seems now that young people have a larger risk of being affected by loneliness’ − Johanna Nordin

“I was kind of lonely when I was living alone,” admits Stegroth. “I went to work, I went home, and I played on my computer, and went to bed... Here I am kind of forced to go around and meet people,” she explains.

In Sweden, loneliness as a potential social and health problem for young people is increasingly generating discussion. Just as in the UK and the US, this age group has now overtaken the elderly as the most at risk of being lonely. A 2019 survey by community development consultancy WSP found that almost eight out of 10 Swedes aged 18 to 34 said they often or sometimes experienced loneliness, compared to a nationwide average of around six in 10.

Sweden’s largest daily newspaper Dagens Nyheter recently questioned whether loneliness among young people could be labeled “a new epidemic”, while scientists have found that being lonely can be as bad for your health as smoking 15 cigarettes today or being severely overweight.

“It's been a myth for a long time that old people are more lonely than others. But it seems now that young people have a larger risk of being affected by loneliness,” confirms Johanna Nordin, a programme manager for the UK-based mental health charity Mind.

She explains that while loneliness is a global problem and can affect people regardless of their living situation, in Sweden a culture of individualism that encourages people to leave home and live alone at a much younger age can also play a role.

“It's [seen as] a good thing to be independent very early, that you can take care of yourself, that you can do anything like a grown up,” she explains. “But we have lots of young people calling us... And they talk about how life is really hard when they start living alone: No one understands them. There are no people around them that they can talk to.”

Dragana Curovic says that feelings of loneliness can be even more acute for young immigrants. Sweden took in record numbers of asylum seekers at the height of Europe’s refugee crisis in 2015, but the country has frequently been ranked one of the worst places for foreigners to make friends. 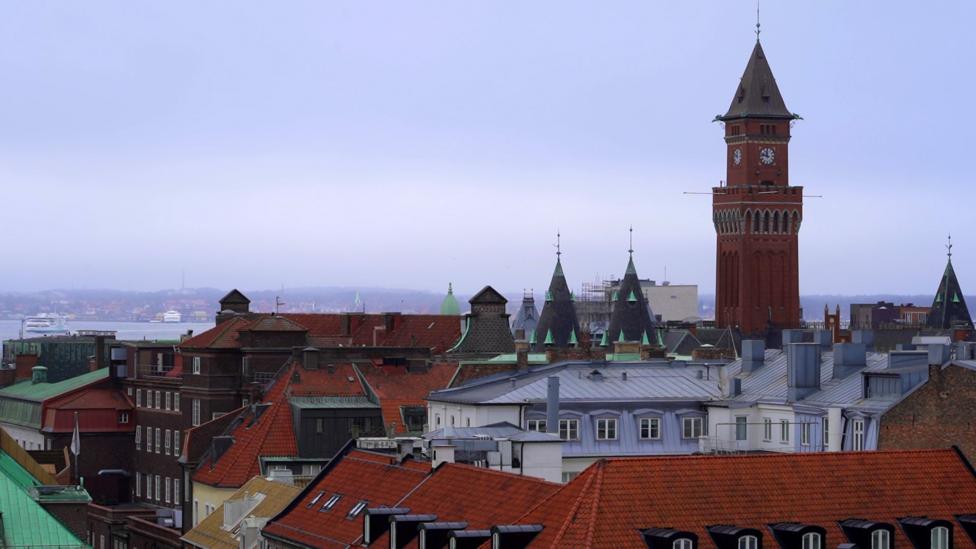 Sweden is one of the most difficult countries for foreigners to make friends in, according to global expatriates community Internations (Credit: Benoit Derrier)

“Swedes are not so very open initially, they are a little bit more shy,” explains Curovic. “You have to have a social network around you… and it’s difficult to achieve that in the beginning.”

To help improve integration prospects in Helsingborg, 10 of the apartments at Sällbo are reserved for young newcomers, including 20-year-old Habibullah Ali, who is from Afghanistan and says he struggled to connect with Swedes before moving in.

“I’m so happy here. We all know each other. We meet each other,” he says as he joins Gunnel Ericsson and some of the other residents for a coffee evening after their card game wraps up. “It’s helped me to make friends and I don’t feel lonely.”

The Sällbo project is also hoping to mitigate some of the more negative effects of the global trend for digitalisation, such as spending increasing amounts of time online, gaming or on social media. A review of Nordic research released by Mind in January concluded that while additional studies are needed, there is a growing body of evidence which shows that young people who are more active in the digital world are more likely to report lower levels of wellbeing.

“It’s an effect of the digital era that we don’t have to meet people as much as we did before,’’ explains Johanna Nordin. “It’s so easy to stay at home with your computer or phone.”

At Sällbo, wi-fi is free in all the communal areas, but tenants are asked to pay for it if they want to log on in their rooms. “When we say ‘socialise’, it’s enough sometimes just to sit beside somebody and feel someone near you – you can’t do that through the computer or the telephone,” emphasises Curovic.

Since opening in November, there is no doubt the Sällbo project has already had a significant impact. Residents are quick to share their stories of playing cards, working out or running errands for one another, while many of them appear visibly “happier and more physically active” according to Curovic. 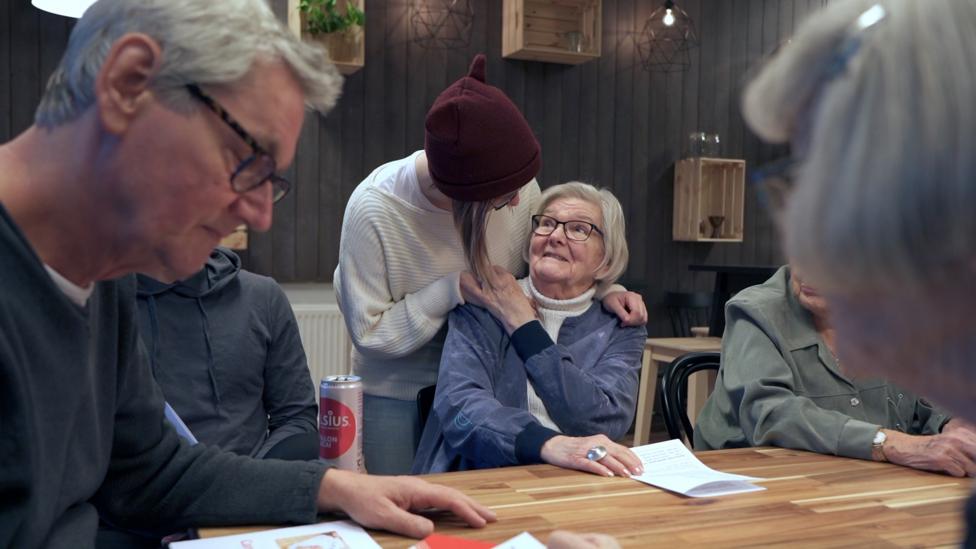 The Sällbo project hopes to mitigate some of the negative effects of digitalisation, such as excessive time gaming or checking social media (Credit: Benoit Derrier)

“There have been a few small conflicts – like in the washing [laundry] room, someone took another [person’s] time,” admits tenant Fia Stegroth, “but everyone is making friends – it just takes time.”

When it comes to the rule of socialising for at least two hours a week, this cannot be legally enforced, so nobody is going to be evicted for spending too long by themselves. But so far, all of the residents seem to be meeting the minimum requirements and have even set up their own Facebook group to improve communication.

“They started to socialise by themselves, we didn’t have to do anything,” grins Curovic. “It was exactly what we wanted. We couldn’t have hoped for it to go as well as it did.”

The scheme is set to be re-evaluated by the municipality in two years, but its success so far has led to attention from other towns and cities around Sweden, as well as housing companies in other countries.

“I think the project has some promise because it is directed to two specific groups of ‘lonely living’ people – young people and the elderly – who are in a temporary phase where you still might look out for connecting with other people,” says Gunnar Andersson, a professor of demography at Stockholm University who studies living trends in Sweden. “By being together – different categories of people - it decreases segregation and also gives a better quality of life.”

However, he is more sceptical about whether Sällbo-like projects aimed at the general population could work on a larger scale in Sweden, which has Europe’s highest proportion of single-occupancy households. “It is such a different prospect from long histories of living arrangements in Swedish culture... and it goes against the drive of individualism.”

The current recruitment process to Sällbo also has limitations, because it requires prospective tenants to take the initiative to apply and interview for spots, an approach that might put off some of the most lonely people in society, even if they could benefit from participating in the long run. 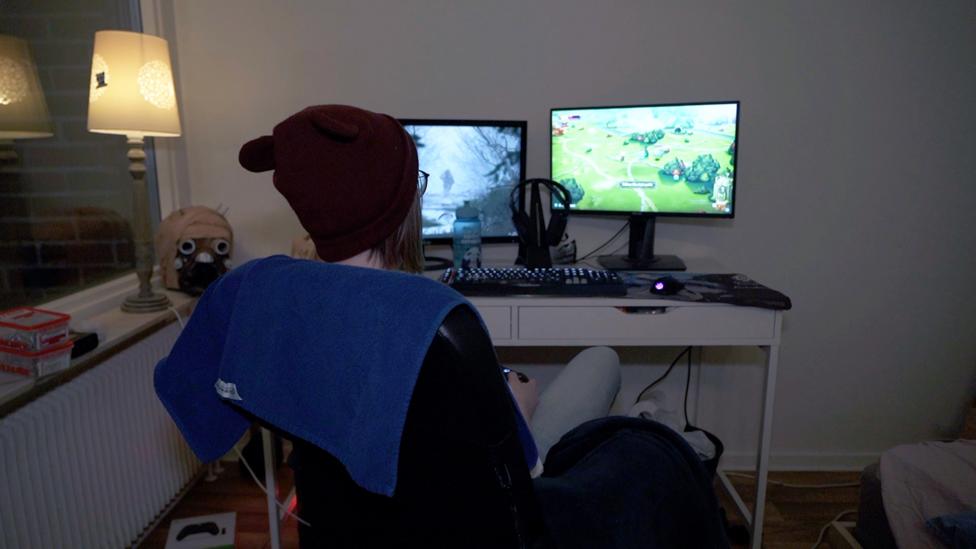 While not required under the experiment, residents have set up their own Facebook group to improve communication between them (Credit: Benoit Derrier)

“When you are suffering from, say, depression, it might be hard to live together with other people. It may take too much of your time or a capacity to even get up in the morning,” says Johanna Nordin at Mind. “I think it would be too much of a struggle for them.”

But tenants like Fia Stegroth are hopeful that growing numbers of vulnerable people will get the confidence to apply to Sällbo or similar co-living projects in future, as word of their impact continues to spread.

“It takes two minutes to send in [the application] to the people that can make you so much better. So take that one step,” she urges.

“I really like the concept to sneak out and see all the other activities round here in all the different rooms and meet people like that,” agrees her friend Rasmus Juhlin. “It’s just so nice to do things with your neighbours.”