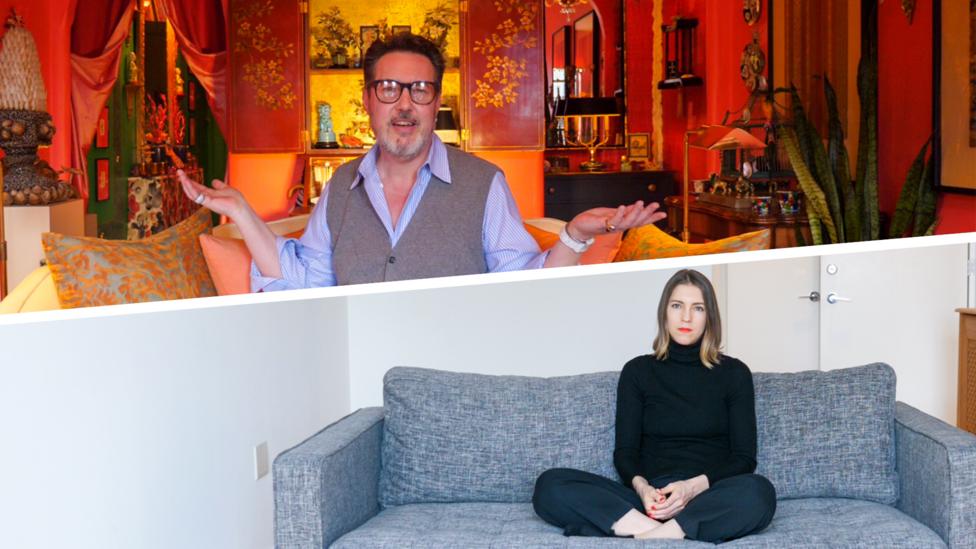 Inside the homes of maximalists and minimalists

While some enjoy clean, uncluttered spaces, others prefer filling their home to the brim with furniture and décor. Is there a middle road for living authentically?

For interior designer Brett Leemkuil, the general rule when decorating his home is ‘more is more’. He is a self-proclaimed maximalist, someone who feels happiest when surrounded by heaps of furniture and décor. Chandeliers, paintings, statues, mirrors and cushions adorn his New York City apartment. “The height of misery is to have one light bulb in the ceiling, and that’s it,” he says. “It’s like, that’s the best you can do?”

Leemkuil’s lifestyle is a complete contrast to that of Lisa Tselebidis. The home-organising consultant is a firm believer in minimalism, a style of home organisation with roots in a 1950s art movement that values extreme simplicity and anti-materialism. Marie Kondo, the Japanese minimalist icon known for her tidying techniques, was a big inspiration for Tselebidis, who became a certified KonMari consultant to help others declutter their spaces.

Her own apartment is bare of any bulky appliances or decoration, and to the untrained eye might seem like a vacant unit. “I prefer it this way because it makes me feel calm,” she says. “The less stuff, the more freedom in a sense for me.”

Despite minimalism’s growing popularity today, maximalists like Leemkuil can’t embrace it. He says he doesn’t want a KonMari consultant to clean his home. “Then I wouldn’t be living my authentic self.”

Journey into two homes representing the ends of the home-clutter spectrum in the video above, and discover where you fall between the two extremes.

This video originally appeared on BBC Reel’s The Changing Home, a series exploring how the concepts of home and family are evolving and the communities that are spearheading the change.