Loading
Beyond the 9-to-5
Can Germans’ right to switch off survive the digital age?
Share using EmailShare on TwitterShare on FacebookShare on LinkedinShare on Whatsapp 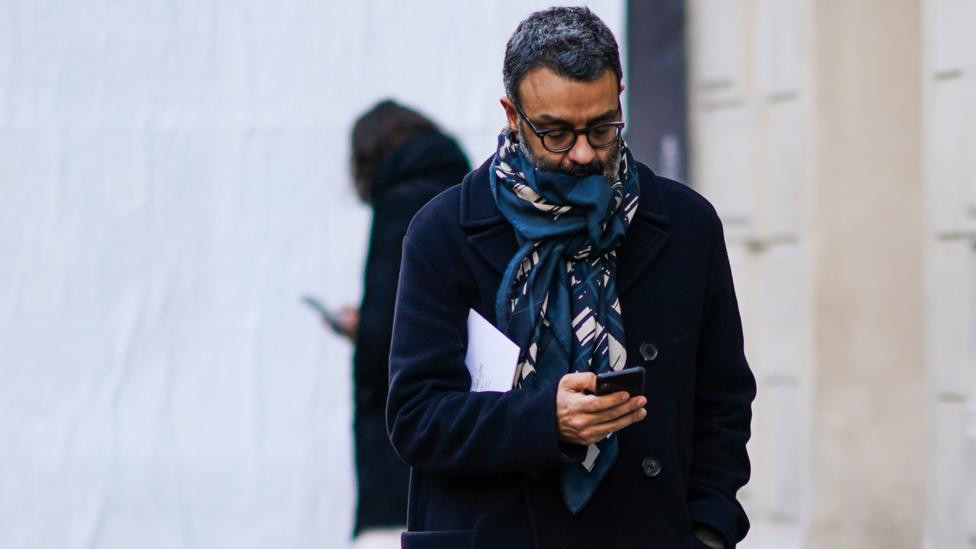 The lights were all out, the corridors were deserted. Only one computer screen was still glowing at Freiburg’s Institute for Advanced Studies. Newly-arrived American academic Kristen Ghodsee was working late in her office. Then there was a knock at the door, and in came the institute’s director.

“He wanted to know if there was something wrong,” remembers Ghodsee, 49, who is professor of Russian and East European studies at the University of Pennsylvania. Ghodsee replied she was fine, but the director looked at his watch and shook his head. It was 17:30. Why on earth would she still be working? “It was almost like he was chastising me,” the professor recalls of the conversation during a research sabbatical back in 2014. “Like: ‘You're in Germany now, go home!’”

What seemed perfectly normal to the American, working after hours, was inconceivable to the German. After all, it was Feierabend, a German term which refers both to the end of the working day and the act of switching off from work entirely.

Down time is taken very seriously in Europe’s biggest economy. That’s why, when the European Union introduced mandatory work and rest periods back in 2003, the Germans embraced the chance to enshrine their sacrosanct work-life balance in law.

An uninterrupted 11-hour break every 24 hours was guaranteed for all workers, bar a few exceptions. All EU member states adopted the rule, but the German Working Hours Act allowed fewer exceptions than elsewhere. 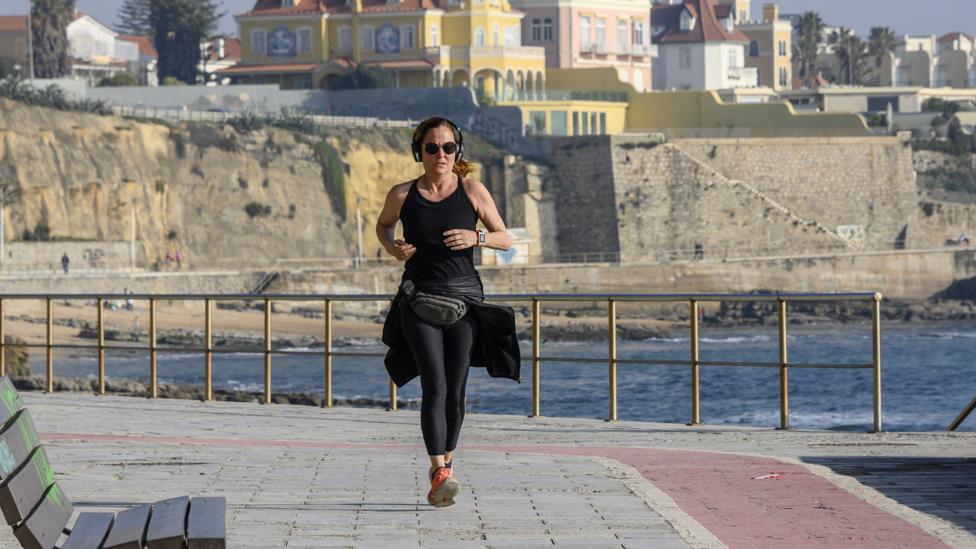 In addition to physical recovery, these 11-hour breaks are intended to be periods of necessary mental regeneration (Credit: Getty Images)

“Germans are more aware of the importance of keeping work and life separate for physical and mental recovery,” says David Markworth of the University of Cologne’s Institute of Labour and Commercial Law. “We welcomed that being enforced on an EU level and kept exceptions very tight.”

Only hospital staff, carers, farmers and those working in hospitality, transport or broadcast media could shorten their breaks down to 10 hours, while CEOs and the self-employed were exempt altogether. For nearly everyone else, Feierabend was now a legal requirement.

But then along came the smartphone, throwing off the delicately-set German work-life balance. Suddenly, phones were in every pocket, laptops in every bag. All at once, everyone had access to work communication outside the office, on the go and at home.

It wasn’t long before the digital revolution was encroaching on Germans’ sacred down time. By 2015, more than a quarter of employees surveyed by the trade-union-linked Hans Böckler Foundation said bosses wanted them to be contactable at all hours.

This despite the law stating workers’ 11-hour break couldn’t be interrupted. Under current rules, even reading an email or taking a call from a colleague counts as work and should restart the clock on another 11-hour break.

If this sounds unrealistic, it is. Legal experts say the rule is being ignored on a grand scale.

“The rest period is one of our most widely contravened regulations,” says Claudia Knuth, a specialist in labour law with Lutz Abel law firm.

Part of the problem is to do with enforcement, says Knuth. Companies are only disciplined if an employee complains that their rest periods are being intentionally interrupted. But with mobile devices blurring lines between work and leisure time, checking work emails has become a widespread habit.

“Lots of people check their work emails in their free time out of boredom,” says Knuth. “That isn’t intentional on the part of the employer. We need to work out how to deal with interruptions to the rest period. Workers need down time, but an 11-hour uninterrupted break is much too long.”

It seems many employees agree the idea of an uninterrupted break is too rigid. Last year, 96% of workers surveyed by Germany’s digital association Bitkom said they would like to organise their own work schedule to fit around their lives. 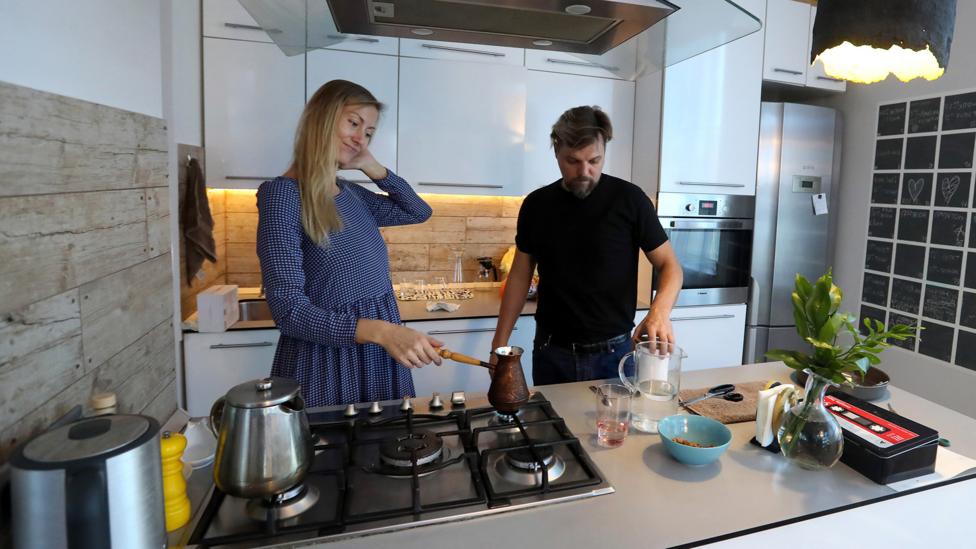 Many German employees would prefer to schedule their work around their own errands, appointments and childcare (Credit: Getty Images)

“Reality has long since overtaken the legislation,” says Adél Holdampf-Wendel, Bitkom’s expert on labour law and the future of work.

People want free afternoon hours for errands, appointments and childcare, and the option to make up the time in the evening, she adds. Others want to make late-night calls to colleagues or clients in other time zones and start work at 0900 the next day. None of this is allowed under current rules.

But those tasked with employee protection are worried. Watering down the rules might open the door to worker abuse, says Germany’s Federal Institute for Occupational Safety and Health (BAUA).

Twenty percent of those BAUA surveyed in 2017 already get less than 11 hours’ rest overnight at least once a month. Of those, the agency says it suspects a number are working illegal overtime.

“A lot of the shortening of rest periods is happening because people are working such long hours, not because they are working flexibly,” says BAUA research associate Nils Backhaus. “We’re concerned those wanting shorter breaks want to make people work for longer at home.”

Besides, the 11-hour rest period is also there to protect workers from themselves. Originally intended to make sure factory workers could recover physically between shifts, Backhaus says the break is just as necessary for mental regeneration.

That means no firing off work emails in front of Netflix, however bored you are.

“People think it’s not so bad if they just send a quick email,” says Backhaus. “But in most cases, they are then back at work in their thoughts for much longer, making it difficult to switch off and detach.”

‘Worker protection is just as needed in our new world of digitalisation, home office and smart phones’ – David Markworth

And that can be damaging to health. In the same BAUA study, those regularly denied their 11-hour break reported more frequent episodes of insomnia, exhaustion and even back pain.

Currently, if an employee can show that interruptions to their rest periods have made them ill, that’s considered a crime on the part of the employer, says legal expert Markworth. That has led some big German firms to take drastic measures to ensure compliance.

Back in 2011, Volkswagen announced it would turn off its email server overnight to prevent the exchange of work emails out of hours. Others, including BMW and Bosch, have established guidelines for employees when it comes to contacting each other after hours.

It’s this awareness some fear will be lost if the law is updated.

“Worker protection is just as needed in our new world of digitalisation, home office and smart phones,” says Markworth. “The question is how, in this changed world of work, we continue to protect employees, both from the encroachments of employers and from themselves.”

And, with constant availability increasingly the norm for workers around the world, many will be keeping a close eye on German attempts to reclaim their free time in the digital age. Ghodsee, who received a nasty reverse culture shock upon returning to the US, is sure to be one of them.

“The Feierabend culture is really healthy,” says the American academic. “How refreshing for it to be totally okay to leave work at five o’clock and never exchange work emails on the weekend. That would be unconscionable in the US.”