European parents have historically been relaxed when it comes to raising their children, but today more and more are adopting the kind of intensive parenting style common in the US.

Once, in a restaurant in The Hague, a woman complimented me on my son, who was then three months old. “What a lovely boy,” she said. “He seems so alert. He must be very intelligent.” I was flattered, of course. It’s nice to hear that your child might just be the next Einstein. But later it occurred to me that the woman’s comment was indicative of the way parenting is changing in Europe.

It’s generally acknowledged that raising a child has geographic variations. In 2009, for example, a study by an international group of academics looked at the way parents in different countries talked about the traits they wanted their children to have. The differences were fascinating. Dutch parents, for example, focused on the Three Rs: rust, reinheid and regelmaat (rest, cleanliness and routine). Italian parents preferred their children to be even-tempered, well-balanced and “simpatico”. American parents, meanwhile, were more likely to want their child to be “intelligent” or “cognitively advanced”.

Parenting in European nations has traditionally been more relaxed, yet things are changing here too; more parents are adopting the kind of intensive parenting style common in the US

The US preference represents the shift that has taken place in the way American parents raise their children; the transition from the so-called latchkey kids of the 1980s to the helicoptered and hot-housed children of today. Parenting in European nations has traditionally been more relaxed, yet things are changing here too; more parents are adopting the kind of intensive parenting style common in the US.

Part of it may be down to fears of growing inequality, but the proliferation of expert advice may also be a factor. So where the US leads, will Europe follow? Is intensive parenting here to stay?

Nurture, to get ahead

“[Intensive parenting] is a type of parenting that requires a significant amount of time and money,” says Patrick Ishizuka, a sociology professor at Washington University in St Louis who studies intensive parenting. It includes scheduling children for multiple extracurricular activities, as well as advocating for their needs and talents in communications with schools and other institutions. And it’s not limited to a small subset of parents. “I would describe it as the dominant cultural model of parenting in the US right now,” says Ishizuka. 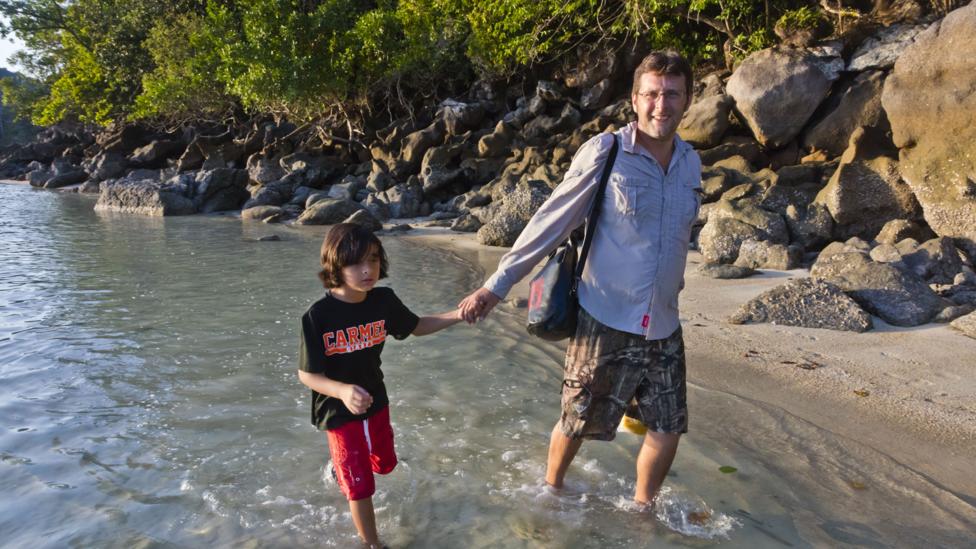 Research shows that parents from developed countries around the world are spending more time with their children than they did in 1965 (Credit: Getty Images)

But it’s not just the US. Parents in developed nations across the globe are spending more time on their children, according to a 2016 study by US and Italian academics. By studying parents in 11 rich countries and comparing findings to data from 1965, they found that mothers spent an hour more on average per day on parenting, while fathers’ time with their children had risen from just 16 minutes to 59 minutes in 2012 (the only country to buck the trend was France). This rise was true for parents from all social backgrounds, though more educated parents devoted more time to childcare. One of the report’s authors, Judith Treas, said time spent with children was “regarded as critical for positive cognitive, behavioural and academic outcomes". These beliefs, she said, “have taken hold among the best-educated residents of Western countries and are also diffusing to their counterparts who have less schooling."

I live in the Netherlands, a country that has historically been known for its relaxed approach to raising children, as described in the book The Happiest Kids in the World by Rina Mae Acosta and Michele Hutchison. Dutch parents, they say, give their children a lot of freedom; cooperation and team work matter more than educational achievement. Yet some changes are taking place; it’s certainly true that children’s time is increasingly scheduled. A time-pressed midwife recently told me she felt everything she did with her children had “to be amazing”, while a ballet teacher was surprised when my daughter swapped ballet for swimming, instead of cramming another class in. A recent government-backed study found that while young people remained happy, they were feeling far more academic pressure.

This trend of change is also visible in other parts of Europe, says Frederick de Moll, a German researcher at the University of Luxembourg who is interested in the study of how economics affects parenting. “In the past, parents’ role would be to ensure that their children are physically well, that they are developing well in mental ways, and the learning part, the educational part would be the main task for schools,” he says. But parents now are more involved with their children’s learning and “try to interact with teachers more”.

He believes that the rise in inequality, including in Europe, makes parents feel they need to help drive their children’s education, a view shared by Matthias Doepke, a researcher living in the US and co-author of the book Love, Money and Parenting: How Economics Explains the Way We Raise Our Kids. “If inequality is very high, that means from the parents’ perspective, it’s becoming very important for the kids not to be left behind. And so parents will assume a parenting style that is more intense and that is more success-oriented,” Doepke explains.

Yet intensive parenting is taking root in societies that are known for generous welfare systems aimed at reducing inequality, too. A 2016 study from Sweden found that most parents believed extracurricular activities would help children develop useful skills and that facilitating this was part of the parenting ideal. Though there were exceptions and variations, middle and working-class parents shared some similar views. “This overlap indicates that concerted cultivation [an intensive parenting approach] is a parenting style that influences the overall parenting culture in Sweden,” the study read. Iceland, another nation with relatively low inequality, is experiencing an increase in attachment parenting practices such as extended breastfeeding or babywearing, Sunna Símonardóttir from the University of Iceland found in a recent study (she sees attachment parenting as a type of intensive parenting).

These studies suggest that economic inequality is only part of the puzzle.

In her 2003 book Unequal Childhoods, sociologist Annette Lareau found that parenting and social class were intimately intertwined. Middle-class parents engaged in a more intensive parenting style, while their lower-income counterparts had a more hands-off approach. But Linda Quirke, a Canadian sociology professor at Wilfrid Laurier University who studies parenting advice, says that distinction may be blurring, with intensive parenting being adopted “in different groups where it wasn’t even happening before”.

The Swedish study which found some shared attitudes towards extracurricular activities across class boundaries suggested preschools played a role in shaping parenting perspectives, including intensive parenting practices. “Swedish children spend most of their weekdays in childcare. Both parents and children are thus exposed to parental and childhood ideals communicated by highly educated preschool teachers,” the study reports. It also suggested that some working-class parents may enroll children in extra activities because to avoid being seen as irresponsible parents. 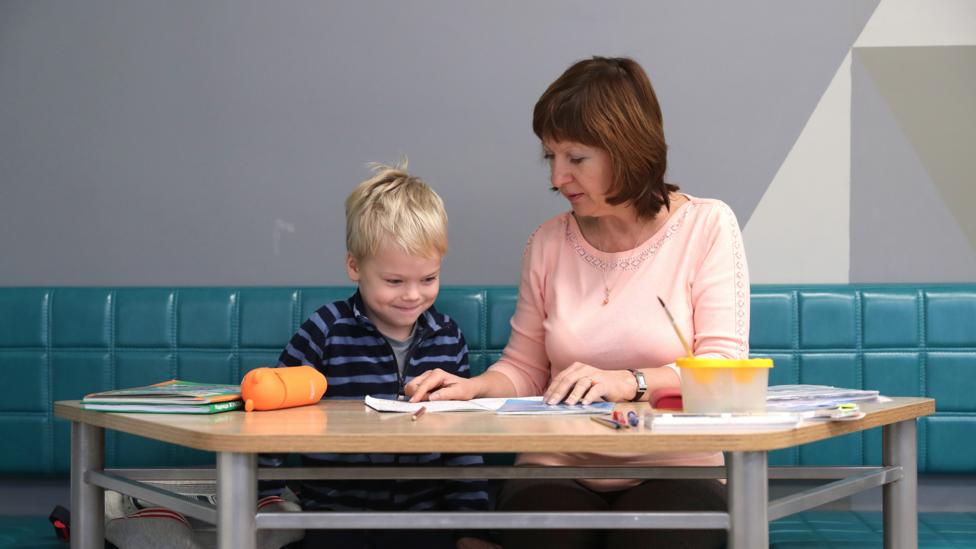 Even in the Netherlands, a country known for its relaxed child-rearing approach, children’s time is increasingly scheduled (Credit: Getty Images)

Other experts point to the sheer volume of parenting books, blog posts and articles now available to those raising families. “When you look at longstanding advice books, like What to Expect When You’re Expecting, they become longer and longer over time, which suggests that yes, parenting advice is proliferating,” says Linda Quirke. She believes that even if parents are sceptical of expert advice, they are still influenced by it. “They look at the advice and say, ‘oh, that’s what people are doing’. So it’s important to see the advice given as part of the context within which parents are raising their kids.”

One indicator of change in European parenting methods is linguistic. In my native Polish, the word ‘rodzicielstwo’ (from ‘rodzic’, parent) is increasingly used instead of the more traditional ‘wychowanie dzieci’, which is the equivalent of ‘raising children’. German parents used to call what they were doing ‘Kindererziehung’ (raising children), but now that’s being replaced by some with the word ‘Elternhandeln’, which means 'parental action'.

“If you implement a broader notion of parenting… trying to turn them into well-rounded, complete and successful personalities, then ‘Erziehung’ is not enough,” says De Moll.

The intensification of parenting has consequences for nations, parents and children. One of the problems is that it increases economic inequality. In the 1960s, for example, when there was less emphasis on developing children’s talents and interests, parents across social classes spent similar amounts of time and money on their kids, says Ishizuka. It can also take a toll on parents, especially on mothers who still bear the brunt of childcare-related work. A much-mentioned 2012 study by three US academics showed that the more intensive the parenting style, the more depressed and anxious the mother.

Yet many parents believe that it’s their duty. Last year, Ishizuka examined attitudes about parental norms across social classes in the US. His study found that parents expressed “remarkably similar support for intensive mothering and fathering across a range of situations”. When given a child-rearing scenario, study participants viewed mothers and fathers as ideal if they took the intensive parenting option and marked them down when they didn’t, he says.

Yet De Moll believes Europeans should probably be more relaxed about their parenting styles. “There is no need to be afraid that one's child could be left behind unless your family is already put at risk by harsh socioeconomic circumstances,” he says. And perhaps the parenting pendulum will swing back in the future, if the way stressed-out American parents are consuming books on Dutch, German and French parenting styles is anything to go by.