The most effective adverts we encounter on a daily basis share similar traits that most of us pass over without noticing.

Whether we are presenting a business pitch, selling our own home, or nudging our friends to go to our favourite bar or restaurant, there are many situations in which we need to argue our case in the most convincing way possible. Experience tells us that simply stating the facts won’t always work: it’s the way you tell them that matters. So why not take a cue from the people who are paid to persuade for a living?

We are exposed to hundreds of marketing messages every day – on the Tube and the Metro, through the TV, at the start of each YouTube video, and in a halo around almost every webpage. That’s not to mention the rhetorical addresses of politicians hoping to sway our votes, or health awareness campaigners attempting to bring about a change in behaviour.

The majority of these messages fail to make a lasting impact, but a few stick in our minds for days, weeks or even years afterwards – and psychological experiments are now helping to identify what makes those messages so powerful. The same strategies can help us all master the art of persuasion.

Let’s start in a surprising place: the folk tale Three Little Pigs. A pig builds a straw house, only for the Big Bad Wolf to blow it down. Next up is a house made of wood – the wolf blows that down too, and gobbles up the pig inside. Finally, the wolf comes to a house full of bricks – but the wolf now fails to blow it down, despite all his huffing and puffing. So he tries to climb down the chimney, straight into a steaming cauldron. Now it’s the pig that has the tasty dinner.

What you might not realise is that this familiar childhood story uses a powerful persuasive tool: the “repeat-break” plot structure. There is a basic idea – the wolf blowing the house down – which is repeated once to create an expectation, and which is then violated, producing a sense of surprise. 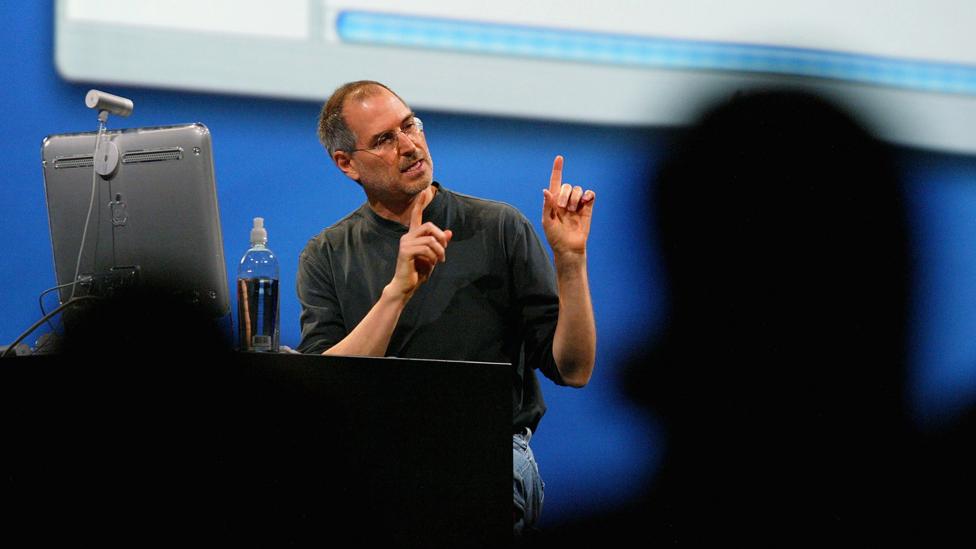 The “repeat-break” plot structure can greatly increase the impact of advertisements and spark people’s interest in a particular pitch or argument (Credit: Getty Images)

Jeffrey Loewenstein at the University of Illinois at Urbana-Champaign in the US has found that the repeat-break plot structure is highly prevalent in folk tales across the world (from Germany to Russia, Tibet to Afghanistan). “We couldn't find a book of folklore where you didn't see this pattern being really, really prevalent,” he says. His research has found that it’s also the basis for many of the most popular jokes. All of which suggests there is apparently a universal psychological tendency to enjoy something that sets up an expectation and then pulls the rug from under our feet, Loewenstein says.

Loewenstein’s later studies found that the same plot structure vastly increases the impact of adverts, with immediate effects on people’s opinions on brands or social movements. (They’re also more likely to gain more views on YouTube, and to win industry awards for advertising, such as the Clios.) One particularly noteworthy example, he says, was a campaign against gun violence, which showed a bullet passing through objects like an egg, an apple, and a watermelon – before a child appears on screen. The bullet, of course, never reaches the child, but the expectation has been established, adding a strong emotional punch to the campaign’s message.

In everyday life, Loewenstein thinks that the repeat-break structure could be especially useful for sparking interest in your argument. “If you are trying to present a new perspective on something, or if you're trying to go into new idea territory and help people to ‘get’ the new idea – that's when I think it's valuable.”

As much as 20% of our conversation and writing is framed as a metaphor, often without us really paying attention to the comparisons we’re making. And cognitive scientists have shown that they profoundly affect our most basic linguistic processing.

The basic conceptual meaning is the same, but the first example extends a single metaphor and leads the brain on a seamless path. Whereas the second combines two metaphors, taking you on a diversion. The extended metaphor was also easier to process than an anecdote that ended literally, such as “I was fuming. I had to take a moment to relax.”

Although these small differences in processing may only be registered unconsciously, they can change people’s gut feelings about your message. One experiment on anti-depressants showed that we would prefer a (fictional) drug called “Liftix” if we were told that depression is a persistent “low” mood,  but “Illuminix” if the illness were described as a kind of darkness. Another study looked at the ways government policies are described to the public, and showed that the tactical use of extended metaphors hugely increases a message’s persuasive power. If crime was called a “virus”, for instance, the participants were much more likely to endorse reforms that were described as “treatments” (such as educational policies and creating afterschool programmes). If crime was described as a “beast”, however, they preferred reforms that would “attack” the problem – such as increasing street patrols – while the “treatments” fell flat.

Research by Jeffery Mio at California State Polytechnic University suggests you should also aim for that linguistic consistency during spoken debates or arguments. If someone uses a metaphor, and you riff on the same image in response, your answer will end up looking more persuasive than if you switch to different imagery.

If you were looking for a product endorsement, you might hope to find someone known for their impeccable judgement – rather than someone who openly admits to having been duped previously. Yet Taly Reich at Yale School for Management and Sam Maglio at the University of Toronto have shown that endorsements carry more weight when they describe a previous error of judgement.

Consider someone reviewing a mobile phone. They might just rave about its long battery life. Or they might describe how they’d first bought a competitor that ran down three times as quickly, before settling on the current product that proved to be far more reliable.

In a series of experiments, Reich and Maglio found that the latter kind of endorsement tends to be far more persuasive to consumers. The important point, Maglio says, is to demonstrate some kind of learning experience from the error. “It helps a lot for the audience to trust in that review, because [the reviewer] seems to have a high degree of expertise,” he says. 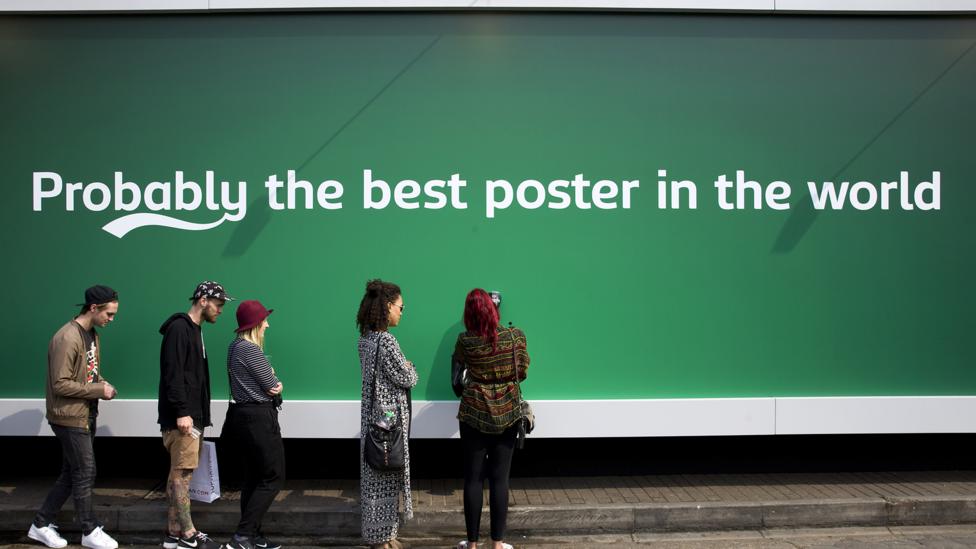 Marketing materials rarely ever include that information, though. “Marketing managers’ intuitions are pretty consistently against anything negative – it's all positivity, all day long when you're promoting your product,” Maglio says. The belief was that any bad qualities would accidentally become associated with the product they were trying to sell. “But if mistakes are used in the right way, they can be quite compelling.”

You could try the same whenever you are attempting to make a strong case. Rather than ignoring the blind alleys that eventually led you to your current decision, actively flaunt those missteps. If you were trying to persuade your friends to go to a particular restaurant, say, you could try to contrast it with a previous trip to a disappointing venue. Similarly, in conversations with your boss at work, you might be a bit readier to explain how your previous errors had led to a current decision. The fact that you have learnt from a mistake will make your argument more persuasive.

During the 2016 European Football Championships, spectators saw the word “Probably” branded around the stadiums. There were no further explanations, but fans might have noted that the font resembled the logo of a famous Danish beer brand. The strategy allowed the Championship sponsors to circumvent French laws about advertising alcohol around sports events.

While vague or enigmatic messages may seem off-putting, psychological research suggests that ambiguous marketing of this kind can be more persuasive than overt advertising.

Antonia Kraus at the University of Augsburg in Germany recently tested various adverts of well-known brands. All the adverts had some clue to the product, such as the iconic shape of a bottle for a popular drink or a familiar slogan, but the names and logos were either partly or completely obscured. Sure enough, she found that the more ambiguous adverts were better remembered than the complete adverts, with the full names and the logos. Afterwards, they also rated the product more highly.

It seems that the participants treated the adverts as a kind of puzzle. The extra mental effort required to resolve the clues improved their recall, while the sense of pleasure at having deduced the answer translated to a greater appreciation of the product. In other words, the beer ads at Euro 2016 may have worked because, and not in spite of, the ban on overt marketing.

Whatever your particular message, it can pay for your audience to think for themselves. In a work presentation, for example, you might underline one part of your argument by presenting a problem and asking the audience to guess the solution for themselves.

Researchers at the University of Amsterdam recently ambushed restaurant diners and gave them a customer satisfaction questionnaire. As part of the questionnaire, some of the participants were asked to give two reasons why the waitress deserved a tip. Their subsequent contributions were more than twice as a big as people who did not answer the questionnaire, or those who were given some text outlining the importance of the service charge. Thanks to the subtle prompt, the diners had persuaded themselves to dish out more cash.

If you are trying to persuade someone to make a decision, it can often help to add a similar, but slightly undesirable option to the mix – a decoy that will make your preferred choice seem even more attractive.

Companies already use this trick all the time. In coffee shops, for instance, you might notice that the “medium” size drink is almost as big as the large option. That’s deliberately designed to make you feel like you might as well pay the difference and opt for the bigger cup. (You can read many more examples of the decoy effect here.)

These strategies can only work if the facts you present are already compelling; they can’t turn a leaden message into gold. But if you have an appealing argument that you then polish with these five principles of powerful persuasion, you will be well on the way to changing your audiences’ hearts and minds.

David Robson is the author of The Intelligence Trap, which examines our most common thinking errors and the best ways to escape them. He is d_a_robson on Twitter.