Many of us work on the way to and from the office. Should it be paid time - or would that erode an important buffer between work and home?

Few people look forward to their commute, but Albane Bochatay, 30, has it easier than most. With Switzerland’s snow-capped mountains and Lake Geneva as a backdrop and an almost guaranteed seat, her one-hour train journey one-way is decidedly more relaxing than a packed London Underground train. And most importantly, she gets paid for it.

After moving from Bern, the centre of government, to the southwestern city of Lausanne, Bochatay, a research associate for Swiss union Transfair, now works at a regional office near her home two days a week and commutes to the headquarters in Bern the other three. And thanks to Switzerland’s well-equipped and uncrowded trains, her boss was happy for her to start her workday on the journey in.

“I can answer my mails, I can read some papers, I can also write some minutes, so I can actually do a lot of things on the train,” she says. “And now I can be home at six in the evening and I can do some sport or see some friends. So it's a good balance.”

While having your commute counted as part of your office hours is still far from the norm, it’s an idea that’s catching on in Switzerland. Transfair has allowed its employees to do this since 2016. In January, the Swiss government changed its rules so that its 40,000 employees simply need sign-off from their manager to do the same.

In 2016, the European Court of Justice ruled that EU employees required to commute to remote sites can count their journey as part of their working day

Switzerland isn’t the only place where this happens. A 2008 survey of train users in Norway found 27% were allowed to count work done on their commute towards their hours. In 2016, the European Court of Justice ruled that EU employees required to commute to remote sites rather than a fixed office – like technicians sent to service equipment at client sites – can count their journey as part of their working day.

The idea is also a popular one. A global survey carried out in 2019 found that 48% of respondents work on their commute and 42% think official hours should include that time. But some experts caution that while it might seem like an attractive option, it could also erode an important buffer between work and home that is already under siege.

Part of the reason the idea of “commute-as-work” is coming to the fore is our increasingly connected lives, says Juliet Jain, a mobility researcher at the University of the West of England. With the advent of wi-fi on trains and much improved mobile internet coverage, the daily commute no longer has to be dead time. Many see it as a chance to get ahead of the workday. 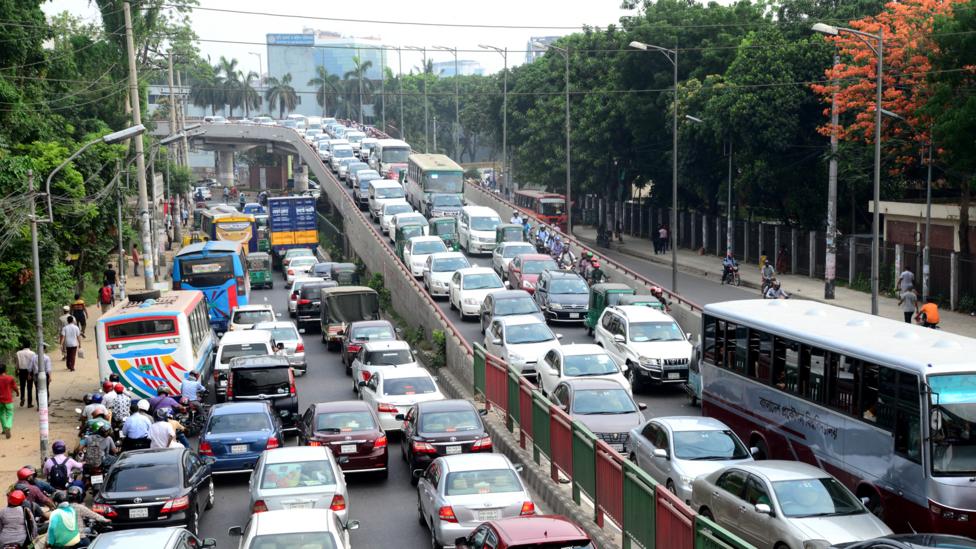 A global survey in 2019 found 48% of respondents work on their commute (Credit: Getty Images)

In a survey of commuters travelling on the London to Birmingham and London to Aylesbury lines in 2016 and 2017, Jain found that 40% of those connecting to the internet via wi-fi or mobile data were using their time to do work emails.

“A lot of people really valued that time to catch up on emails or finish things off at the end of the day,” says Jain. “So this really sort of threw that question out there, what does this actually mean in terms of work practices for businesses? Should people see this as paid time or unpaid time?”

Answering that question is complicated, says Jain, because many of those interviewed interspersed work with personal tasks like browsing the web, checking social media or replying to personal messages. It also depends on your job and how you commute, she adds; a shop worker is unlikely to be able to do much useful work on the train and those who drive won’t be sending many emails.

But for those that can there are plenty of benefits – from spending more time at home, to missing the morning rush hour or being able to take jobs further from where they live.

‘If the employee is willing to work on the way to work, especially on the railways, this is also working time for which payment is due’ – Thomas Geiser

Botachay’s arrangement is based on trust. She is contracted to work eight hours and simply fills in a spreadsheet to say how long she has worked on the train each day. And the environment means it’s easy for her to get a solid amount of work done; it’s rare that anyone has to stand, there are dedicated quiet compartments and plenty of other commuters spend their journey working too.

For Thomas Geiser, a professor of labour law at the University of St Gallen in Switzerland, there’s no question whether these commuters should be able to log this time. “Working time is the time which the employee makes available to the employer,” he says. “If the employee is willing to work on the way to work, especially on the railways, this is also working time for which payment is due.”

But there are reasons to be wary of rolling commuting time into our office hours, says Carys Chan, who studies work-life balance at The Royal Melbourne Institute of Technology in Australia. In our always-on society the boundaries between our professional and private lives are already being blurred, she says, and by including commuting time as work hours that line gets even harder to draw.

More insidiously, by counting commuting as work we’re assigning economic value to this time, she says. This could have unintended consequences such as employees feeling compelled to work on their commute so as not to be seen as less committed to their jobs.

Martin Rennison, 37, who works in recruitment in London, is a big advocate for using the commute as a buffer between work and home. Every day he takes a 35-minute train from the town of Leighton Buzzard to Euston station in London before a short hop on the underground to his office near Old Street station.

“I will listen to podcasts, read a book, watch a TV programme or listen to music and just sort of wake up,” he says. “And I really don't want to work on the train on the way back, because I want to decompress before I get home.” 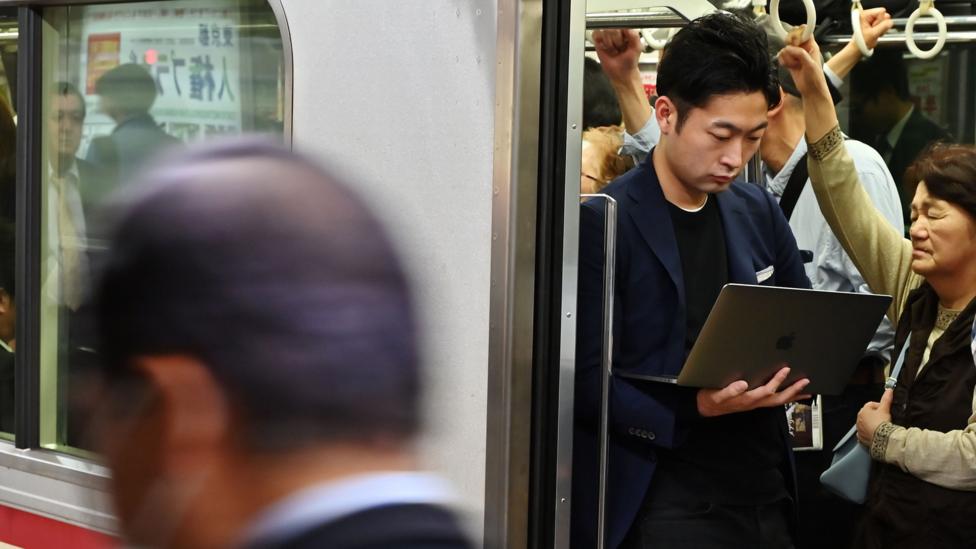 Certain commutes are more suited for working than others, depending on the mode of transport, crowdedness and wi-fi capability (Credit: Getty Images)

He also questions whether most UK commuter trains have the infrastructure to facilitate useful work, such as reliable wi-fi and mobile data connections or enough seats. “Nine times out of 10 I'm stood down an aisle holding on with one hand,” he says. “I just think it's fairly impractical.”

Chan agrees that the quality of work conducted on commuter trains is often questionable and thinks it’s an unsatisfactory compromise compared to truly flexible working. “Why don't we have an either-or situation, where sometimes we have to come to work on specific days for meetings, but other days, we don't have to commute at all?” she says.

Jain admits the idea will clearly only work for certain people on certain routes. But she says it doesn’t necessarily have to be one or the other and it could be part of a more comprehensive flexible working policy. More importantly, whether it’s counted or not the evidence shows people are increasingly working on their commutes.

Working out how employers should account for this is still a work in progress, says Matthias Humbel, 39, Bochatay’s boss who is responsible for federal employees at Transfair. But he thinks workers will embrace the change.

“It cuts the hours you spend away from home or away from family, or hobbies,” he says. “The benefit is in my eyes bigger than the danger of not having this separation between private time and work time.”