It took fashion designer Folayemi Alade four months to find an apartment to rent in Nigeria’s huge commercial capital, Lagos. The flat, reasonably spacious, is in the in-demand Mainland District. It’s close to the 30-year-old’s work and has good transport links via a major highway.

But Alade had to pay a steep price to secure her home: she paid a full year’s rent up front before moving in. “I was told to pay the full year’s rent and two years’ [contract] agreement and commission fees. I paid approximately $2,000 [including] security [and] water treatment,” she says.

She’s not alone. Lagos is currently home to 22 million people, most of whom are renters who have travelled from different parts of Nigeria to find jobs. Many work in the financial services, technology and fashion sectors, and all face similar struggles – the high cost of living and a pricey rental market.

Once people have paid a year’s rent and fees up front, some have no money left. “Everyone becomes broke after paying for the first year's rent,” says Alade, who earns $2,700 a year.

The government currently allows landlords to collect rent up to 12 months in advance but bans them from exceeding the one-year mark. The law – changed in 2011 – is a hurried repair; before, many landlords asked for two years’ rent before handing over the keys.

On Lagos Island, many professionals struggle with the cost of living close to their workplace – something that is a huge advantage in this gridlocked city. Professionals in the high net income bracket find it easier to afford the expensive letting fees, but new starters and mid-level employees find themselves priced out of accommodation in coastal districts where multinationals and tech start-ups are based. 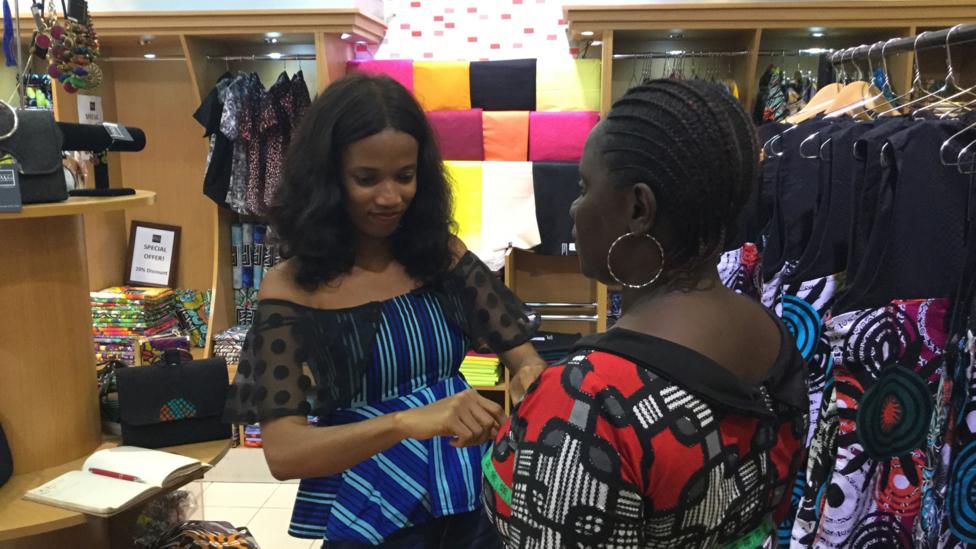 Fashion Designer Folayemi Alade, who earns $2,700 a year, has to pay about $2,000 for a full year’s rent and commission fees before moving in. (Credit: Ayodele Johnson)

David Bankole Abel, a 30-year-old game developer, spent two years sleeping at his office in Lekki Peninsula, an eastern suburb of Lagos, while he scraped together money to rent his own place. “It was the most challenging time of my life because I had to wrestle all forms of mosquitoes and to be sincere, it was psychologically draining,” he says.

He’s finally managed to rent a “boys’ quarter”, a tiny living space that is an extension of a large private house or block of flats, usually inside a compound, that is generally used to accommodate domestic staff.

For an 18-square-metre space, Abel had to pay $827 in rent for the year plus agency charges of $275. He didn’t buy any new clothes for months, yet struggled to save partly due to high food costs, because the local council has banned the roadside sheds that serve cheap meals.

“I couldn’t understand the idea behind an area that pay its workers so little and expects one to use from [the amount] to buy food from [expensive restaurants],” he says. “If I don’t have to pay too much for rent, maybe what I’m paid at my job won’t be that bad. We shouldn’t have a poor salary base and expensive houses to live in — these don't go together.” 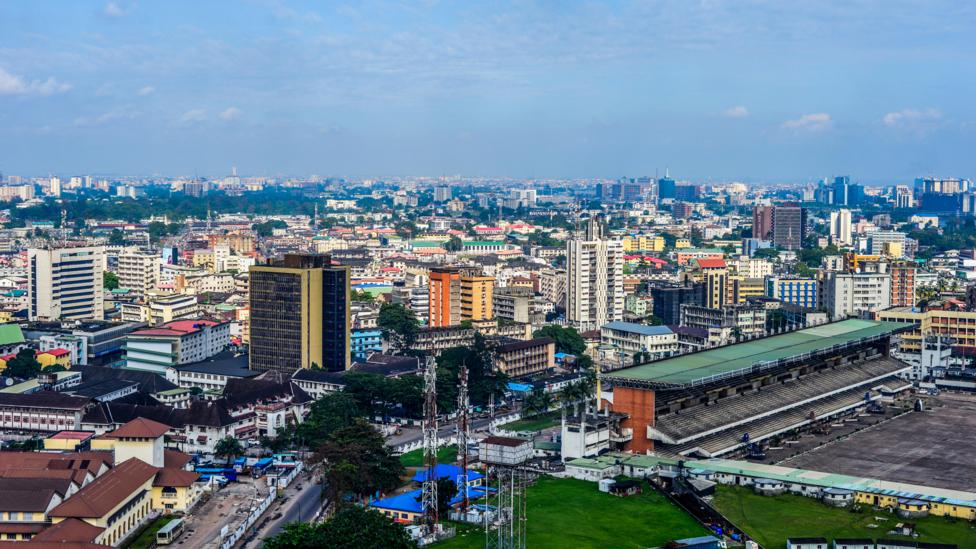 In over a decade, the urban population in Nigeria has grown by 50%, and the national population is expected to increase by 200 million by 2050. (Credit: Alamy)

Part of the problem is Nigeria’s population growth combined with rapid urbanisation: in over a decade, the urban population has grown by 50%. Nationally, the population is expected to almost double by 2050, adding nearly 200 million more residents.

Lagos, which attained mega-city status in 2010, is already bursting at the seams. Flooding has driven people out of vulnerable coastal neighbourhoods, meaning prices have soared in other in-demand districts. More houses are being constructed, but investors are fixated on building luxury homes affordable to few.

Needless to say, rental struggles have sparked conversations among young people about how to fix the problem. Many properties available for rent are flats that don’t work for singletons, who are looking for smaller spaces. And in general, people are frustrated by what they see as excessive fees that estate agents charge.

“I think the agent system is extortion,” says Abiola Abajo, a 29-year-old project manager who rents in Lagos. “I see no reason why there cannot be an e-commerce platform where landlords can meet their potential tenants.”

Gender inequality has also been an issue for her: many landlords don’t want to rent to single women because of entrenched conservatism. And she says the absence of caps on rent has helped landlords and agents to get away with sudden price rises. “The agents have moved the [fee for monthly] commission and [contract] agreement from 10% to 20%, meaning that an apartment of $1,400 [for a year] is now $2,000.”

Estate agent Sunday Aina, 41, says landlords won’t consider monthly rental because many have enormous loan commitments which they need to pay off fast. Many are also capitalising on the high level of demand for housing, he says. He believes government-regulated rent caps – standardised pricing for different parts of the city – would help solve the problem. He also acknowledges that estate agency charges “are too much”, and that service fees should be lowered. He thinks 5% of the rent would be a good level, as opposed to the current standard of 10%.

The government is hoping that transport upgrades that will allow workers to live further from the city centre will help ease the rental crunch. Project engineers are under pressure to meet a deadline to build rail tracks for the federal train service that will link three states in southwest Nigeria, including Lagos. When built, the hope is that more young workers will live in remote areas.

Waterways have attracted private investors, too. Uber, for example, has carried out pilot trials of a boat service aimed at commuters in partnership with the state government that seeks to connect residents and businesses faster to their destinations.

Wasiu Akewusola, permanent secretary of the housing department, has also suggested employers can lighten the load by remitting housing allowances to their staff annually instead of as a monthly payment, to help them cope with upfront expenses. It’s not clear how realistic this is. Companies are not likely to explore this idea because it is only possible when they are sure that their staff will remain for the whole year. 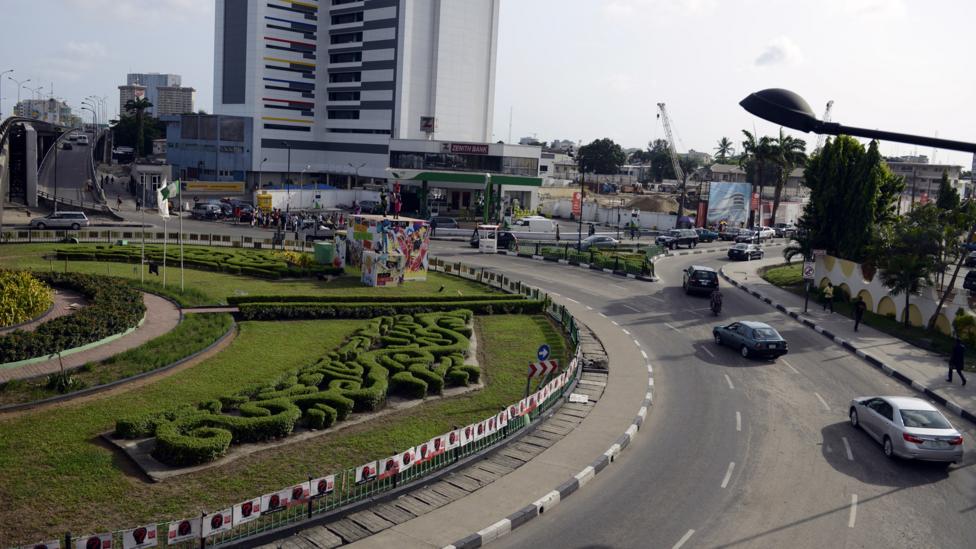 Since the return of democracy in 1999, no fewer than 80 parks have been installed in Lagos, according to Bello. (Credit: Getty Images)

“This allows just about anybody looking for a space to pay as they earn: [the] majority of the demography in Lagos and all over Nigeria earn monthly or daily, as opposed to the yearly rental system that currently exists,” Adesanmi says.

Satisfying the demand for affordable homes close to workplaces has involved breaking some norms. Sometimes, female tenants are unsure about sharing spaces with men. Spleet reassures them by explaining how it vets customers and the information (like family address, bank details and national ID number) it holds on them. Most of the time, clients are aware of their rental model and put up no resistance.

Adesanmi feels the government needs to incentivise developers to “create more one- and two-bedroom units for the new generation of millennial home seekers”. Yet for the moment, as people continue to pour into Lagos, landlords hold all the power.

Alade, who scraped her first year’s rent together by combining a side gig with her full-time designer job, says moving to monthly or even six-monthly payments would be much better for young workers. But until that happens, a tough savings regime will be the reality for many in Lagos.