A leader’s response to a crisis is much more than speeches. Yet the messaging may play a key role in obtaining the public’s trust and co-operation.

There is a popular English proverb that says “cometh the hour, cometh the man” – the idea that the right leaders will come to the fore during times of crisis. Today, it’s indelibly linked to Winston Churchill and his leadership during World War II.

For many leaders across the world, “the hour” has now come again, with the Covid-19 outbreak threatening millions of lives across the globe unless swift, concerted action is taken.

There is no easy route through the crisis. Besides the obvious problem of selecting the correct path to take, leaders also face the monumental task of reassuring the public and persuading them to follow through on government decisions – even when measures such as social distancing – with its knock-on effect on employment – come at great personal cost.

A wrong move could erode trust and unleash unrest that exacerbates the existing dangers. But it remains to be seen whether our leaders will rise to the occasion with the appropriate response.

Political scientist Arjen Boin, at Leiden University in the Netherlands, has studied the most successful and unsuccessful responses during previous emergencies, and he has co-authored a book, The Politics of Crisis Management, that can help us to understand our leaders’ messages during the current emergency. 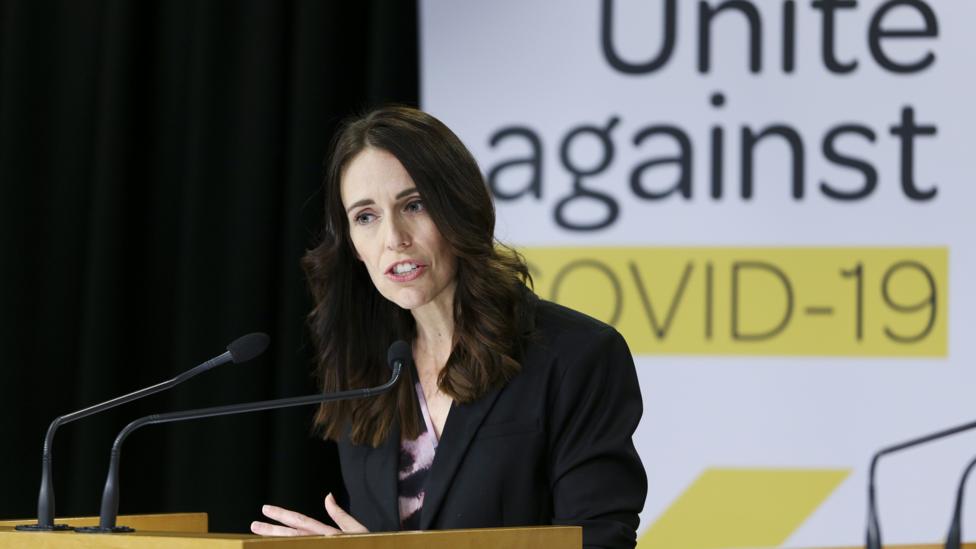 There is, of course, much more to a leader’s responses than his or her speeches. In his research into crises like the 9/11 attacks on the US and Hurricane Katrina, Boin has identified many of the steps necessary for an effective response. Leaders should, for instance, offer a rapid recognition of the danger and, ideally, the necessary infrastructure and procedures should already be in place to quickly gather data once the crisis has hit (the so-called “sense making”).

When it comes to taking action, the leader needs to judge exactly how much they can rely on individual co-operation through persuasion, and when they need to cross over into more rigid “command and control” (a choice that can quickly backfire if it not taken with suitable caution). All of this will determine how you limit the damage of an emergency.

Yet it is often the contents of the leader’s messaging that may ultimately determine the public’s trust, Boin has found. “Effective crisis leadership cannot be brought about by simply doing the right thing’ on the ground,” he writes. Instead, the leaders need to craft a good narrative that helps clarify the problem and unite the population if they are to attain the “permissive consensus” that is essential to be able to make decisions and formulate policies, he says.

Boin points to many pitfalls that leaders must avoid if they are to create trust rather than dissent.

While it is commonly believed that the public will panic in times of emergency, there is little empirical evidence to back this up

One common mistake, for instance, is to create a message that lacks consistency: discrepancies that will soon be reported in the media. Conflicting messages – such as the UK government’s initial statements over its aim to build “herd immunity” – can simply add to the feelings of confusion and distrust, says Boin.

There is also the tendency to sugar-coat the situation. Although it is commonly believed that the public will panic in times of emergency, there is little empirical evidence to back this up, he argues. “The chance people will panic, due to what the government is telling them, is very low,” he says. (He doesn’t count 'panic buying' as an example of this, since most citizens were rationally responding to possibility of the lockdown.)

For this reason, leaders should be open about the evolving nature of the problem, avoiding a “paternalistic sense of children that need to be shielded from bad news” and instead treat the public “as adults that are going to make a long-term effort”, says Boin. “You want to level with the people – to project the uncertainty that exists.”

Without that openness, the public can quickly sense deception, reducing the credibility of the government and trust in their policies. 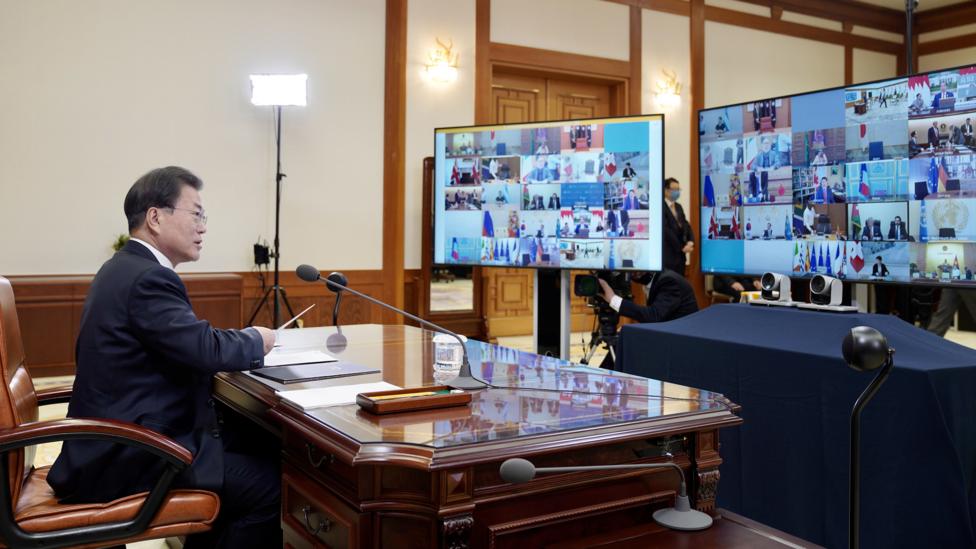 As a past example, Boin and his co-authors point to the UK’s ‘Mad Cow’ crisis more than two decades ago, after it became clear that eating beef with BSE could lead to Creutzfeldt–Jakob disease, a form of neurodegeneration. One of the agriculture ministers tried to increase morale by eating a burger in front of TV cameras; his successor declared that the “British beef has never been safer” – even though potentially contaminated meat was still in circulation. Neither message washed with the public and together they only added to its distrust of the government’s response.

Overall, Boin and his colleagues argue that the initial message should be delivered quickly, to avoid other contrasting narratives “filling the vacuum”, and with five aims. “It offers a credible explanation of what happened, it offers guidance, it instils hope, shows empathy and suggests that leaders are in control.” If you fail on any one of those, you will begin to lose the public’s confidence.

In recent history, the New Zealand Prime Minister Jacinda Ardern’s swift and heartfelt reaction to the Christchurch shootings may illustrate a leader who met these five goals. Her message showed compassion for the victims, clarified the hate-filled ideology that had caused the shootings while reaffirming New Zealand’s values as an open and tolerant country, and underlined the additional security measures to prevent further tragedy without underplaying the future risk. She went on to change the country’s gun laws and received widespread acclaim across the globe for her efforts.

Regarding the coronavirus, South Korea’s rapid response may be an exemplary demonstration of the principles of effective crisis management. The country had apparently started to stockpile coronavirus testing kits long before an outbreak had occurred on its own shores, allowing testing of 10,000 people a day when the infection rate started to climb, and a mobile app kept citizens constantly updated with the evolving situation. In Boin’s terms, the nation had already established the infrastructure for “sense making” of the situation. (This was partly the result of the previous MERS outbreak, which had already established some of the infrastructure necessary for a quick response to future outbreaks.)

Some of South Korea’s success must also be down to President Moon Jae-in’s messaging, which was clear and consistent along the lines that Boin’s work suggests. The public were primed, from the very beginning, to see the outbreak as a national emergency, with regular television broadcasts and subway announcements reminding citizens of the danger. According to an article by the New York Times’ bureau chief in Seoul, this built on an already high level of public trust to create a “wartime sense of purpose”.

Many leaders don’t appreciate how important messaging can be during times of crisis, particularly regarding consistency and openness

Some Western leaders, in contrast, may have been too optimistic in their initial attitudes to the outbreak, thus eroding the public’s trust in their capacity to contain disaster.

Despite modern politics’ well-known focus on press relations, Boin suspects that, in the heat of the moment, many leaders still don’t appreciate just how important the messaging can be during times of crisis, particularly regarding consistency and openness. “I think that leaders sometimes underestimate the effect of their own words, especially the [effects of] things they don't say as well as the things they do say,” he says.

Ira Helsloot, of the Crisislab at Radboud University in The Netherlands, agrees that the content of the political message can often be more important than the actual decision making – at least as far as public approval and trust go.

In his opinion, this involves appealing to collective values and a collective history, emphasising society at large rather than individual self-interest. He cites New York Mayor Rudy Giuliani’s handling of the 9/11 attacks as a prime example of excellent crisis management in the past. Giuliani appealed to New Yorkers’ collective pride, for example, by repeatedly asking them to set an example for the rest of the US – and the result of his memorable and continued efforts to acknowledge their grief and raise morale were met with widespread approval that continued long after the event.

Like Boin, Helsloot argues that acknowledging the uncertainty will only improve your credibility. “We are longing for that positive message, but we will not believe the positive messages if the leader is not transparent about the negative part,” he says.

“People want the leader to project compassion and an understanding of how the situation is for those concerned, and to project the hope that together we can manage the crisis, even though we don’t know everything about the present situation.” He concedes it is a “rather difficult balancing act for our leaders,” but if they can achieve it, the public will feel seen and heard.  He says that’s what we need right now.

David Robson is the author of The Intelligence Trap, which explores the most common reasoning errors and cutting-edge strategies to improve decision making. He is @d_a_robson on Twitter.