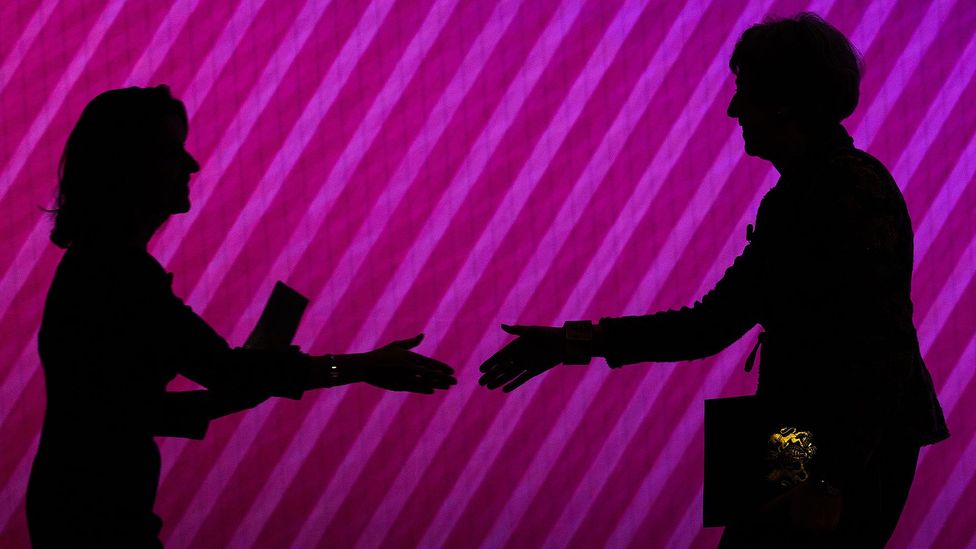 By Bryan Lufkin 14th April 2020
It's the modern standard greeting for global politics and business, and has been around for thousands of years. But public health experts urge us to re-examine the ritual's safety.
T

The United States has become the hardest-hit country in the global Covid-19 pandemic, with more than 550,000 confirmed cases and 22,000 deaths. People are staying at home to avoid physical contact, and are following advice from public figures such as Anthony Fauci, head of the country’s National Institute of Allergy and Infectious Diseases. Fauci, a key figure in the US response to the virus, had this to say last week to the Wall Street Journal:

“I don’t think we should ever shake hands ever again, to be honest with you.”

If Fauci’s advice were to be taken en masse, it would mark a profound shift in human behaviour. After all, shaking hands has been the de facto greeting in international business, politics and society for the better part of a century. Its origins go back millennia.

But in the midst of a global public health crisis in which hundreds of millions are avoiding physical contact to stop the spread of Covid-19, examining the need for something as ingrained as the handshake suddenly doesn’t seem quite so outlandish.

When you extend your hand, you’re extending a bioweapon – Gregory Poland

“When you extend your hand, you’re extending a bioweapon,” says Gregory Poland, infectious disease expert at the Mayo Clinic, one of the largest medical research institutions in the US. He calls it an “outmoded custom and it has no place in a culture that believes in germ theory,” the idea that certain diseases are caused by microorganisms invading the body.

But how can we stop doing something that’s so ingrained? Social distancing seemed impossibly hard to adapt to at first. Could the handshake actually die out? And if it does, what could replace it?

Why do we shake hands at all?

From ancient Egypt to Mesopotamia to Classical Greece, depictions of shaking or displaying open hands as a sign of trust appear in art and literature from thousands of years ago. Those depictions include Babylonian stone reliefs and the epics of Homer. Experts say the exact origin story is a bit murky, but people are often shown displaying an empty right hand to demonstrate to the other person they’re not carrying a weapon, and so they can be trusted. Scholars have studied the gesture for decades, and it has been spotted as a motif in Greek and Roman art that conveys intimate emotion and connectedness. Other Classical art shows such a gesture being used in marriages, between rulers, and other situations that depict working together or cementing relationships. 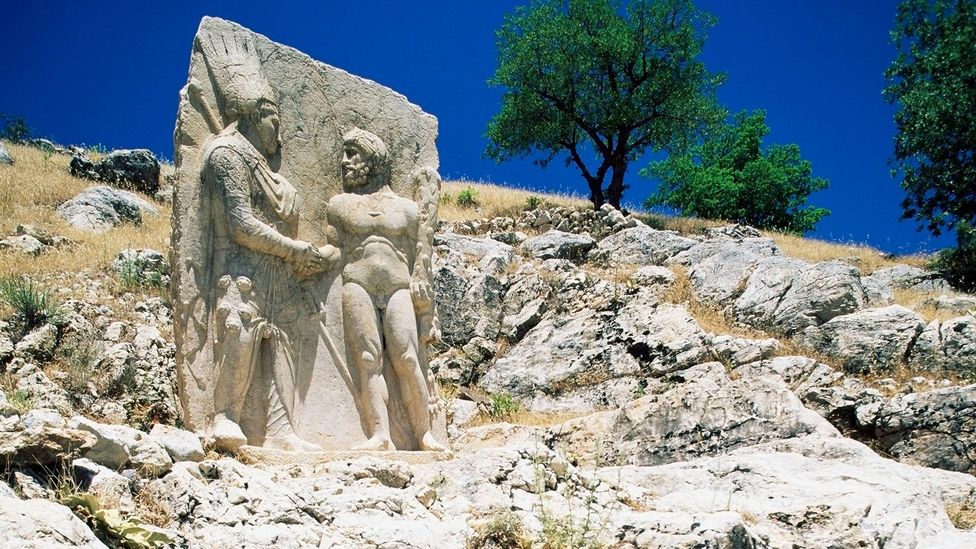 Handshakes have been depicted in art and artefacts for millennia, like in this relief in Turkey from 50 BC (Source: Getty Images)

Today, shaking hands has become a global standard for greetings and business. “Even though handshakes aren't literally used to ascertain whether or not the other person is holding weapons anymore, they've maintained their signal of showing good intentions,” says Juliana Schroeder, a professor at the University of California, Berkeley who studies psychology and organisational behaviour.

“That's a very important signal in business contexts, where people are often meeting with strangers in highly consequential settings.” Her research has shown that people are more willing to work with those who proffer their hands to others at the start of a negotiation, as it signals a motive of trust, cooperation and follow-through. This symbol of trust and cooperation is why it’s used as a photo-opportunity at global summits such as the G20.

Handshaking isn’t the standard everywhere, of course. Countries including Japan eschew handshaking or hugging for non-physical greetings like bowing, and European countries like Italy and France often do the double or triple cheek-kiss (a tradition that’s also drawn scrutiny in the age of coronavirus).

But rituals can change as society changes. The Black Plague put a stop to French cheek-kissing for centuries – could handshaking meet the same fate? 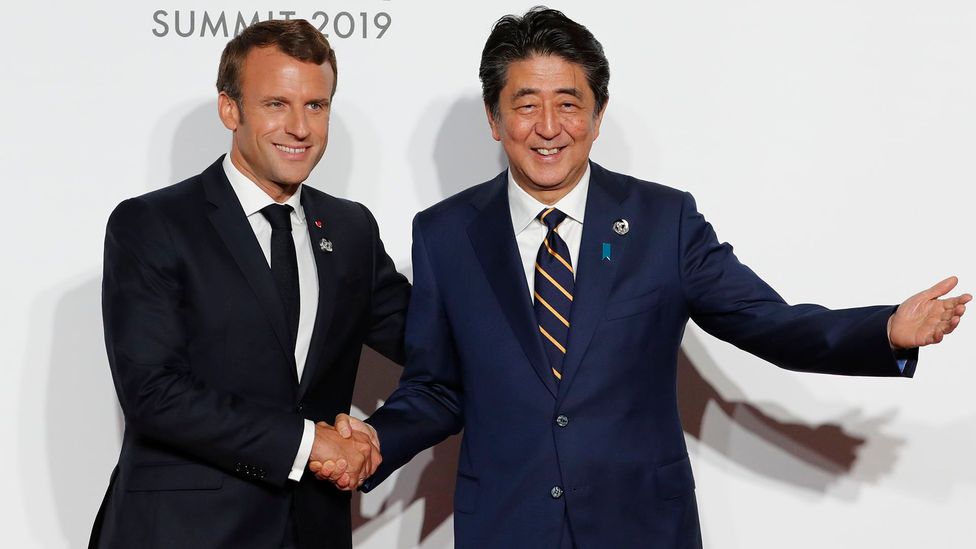 The current period of human history sees the Western handshake as dominant in politics and business, but that could change with or without a pandemic (Credit: Getty Images)

A hard habit to break – but it’s possible

“Let’s look at primates,” says Poland. “Their way of community involves closeness and touching. They don’t shake hands, but they will touch an arm, they will stroke the fur, they will pick the fur. It seems to be kind of an ingrained way to say, 'I want to show that I want to have some kind of connection with you.'"

Tiziana Casciaro, a professor of organisational behaviour at the University of Toronto, says that handshaking taps into “a fundamental drive” humans have to establish trust with each other, and Fauci’s call to end handshakes flies in the face of that. But she understands that he is motivated by keeping people safe, and she thinks that after the pandemic, many people might be turned off by handshaking, at least for a bit. “We’re going to be shell-shocked for a while,” she says.

Poland agrees. “It takes something big like this to change our cultural habits.”

If someone tries to shake someone’s hand and the other person resists, it makes the first person feel uncomfortable. Potentially, behaviours like this might stigmatise handshaking

Schroeder says that there could be what she calls an “uncomfortable phase-out period,” characterised by duelling impulses: the human need for interaction through the culturally entrenched handshake, and the need to heed warnings from governments and public health officials calling the practice dangerous. And she’s shown in her research that, if someone tries to shake someone’s hand and the other person resists (for whatever the reason), it makes the first person feel uncomfortable. Potentially, behaviours like this might stigmatise the act of handshaking.

In the US, where Fauci has suggested to end handshakes, some people have already begun to resist the act to avoid catching the virus, and America’s leading etiquette institute has walked back decades-long recommendations to shake hands and instead suggests telling someone it’s a pleasure to meet them but that you’re following public health guidelines.

“That has already started happening, when people are sort of mixing their social rituals and not knowing which one to use – and being chastised for using a high-touch ritual like the handshake,” she says. “I think it would be eventually possible to replace the handshake with another greeting ritual that represents a similar sentiment.”

What could replace it?

The experts agree that it’s not so much that handshake itself that’s important, but rather the culturally universal message it conveys: one of cooperation and connection. After all, from bowing to pressing noses, alternatives already exist.

Poland suggests a friendly tilt of the head as a possible greeting, and also mentions the elbow bump currently in the zeitgeist, but admits that it’s awkward. He also points out that high-touch surfaces like doorknobs and counters are habitually smeared with fecal matter, and that improving bathroom etiquette might be a better long-term solution than ditching the handshake.

Still, the handshake could be on its way out – one day – regardless of whether there’s a pandemic raging or not.

“English is the language – today – of business. Therefore, in business, a handshake is the convention,” says Kanina Blanchard, professor and lecturer in management communications at the University of Western Ontario.

“[But] if we look at it mathematically, in China, in India, you have half the world’s population for whom, yes, many people shake hands – but everybody does something other than shake hands. Do the math. Other ways of greeting are actually more conventional [than shaking hands].”

As places like China, the Middle East and India become increasingly influential in the world of global business, customs in those cultures could become the international norm, says Blanchard.

Even as humans face rare crises like Covid-19, we still need human connection –  something that, depending on your culture, is communicated with a bow, a hug, a kiss, or a handshake.

“You adapt,” says Blanchard. “I’m not saying I would be happy if the handshake went away, but I don’t think that’s the question.”

Rather, “if there is a societal need to adapt, we – as human beings – are immensely capable.”