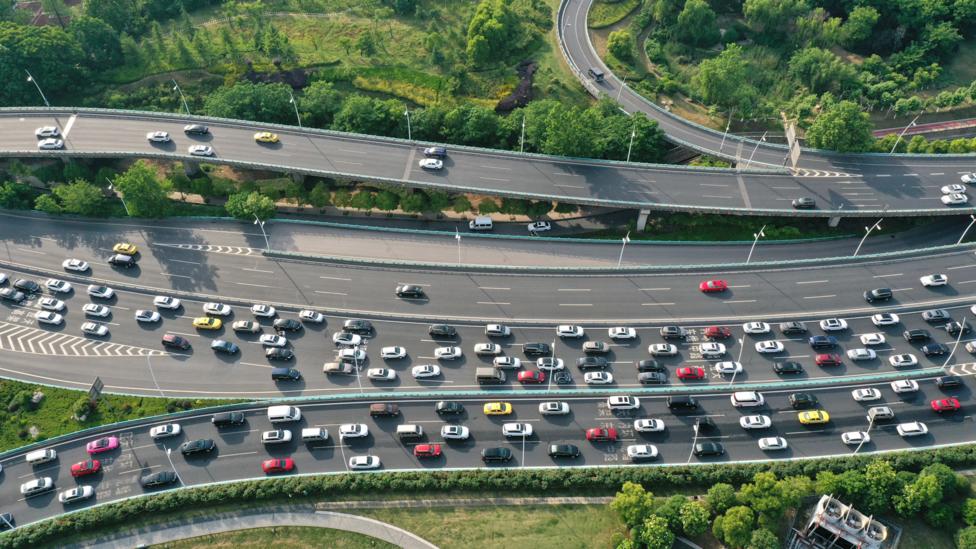 By Damian Fowler 20th May 2020
Nobody likes commuting – but with many of us now working at home, are we realising that the journey to and from the office served a useful psychological purpose?
L

Like many New Yorkers, Meg Loughney faced a stressful daily commute. Typically, it would take her more than an hour to travel from her home in Astoria, Queens to her office at a management consultancy on Wall Street. It involved three modes of transport: a bus to drop off her baby daughter at day-care, then a packed subway carriage into Manhattan’s Financial District and finally a brisk 15-minute walk to the office.

That was before the Covid-19 stay-at-home order stopped everyone in their tracks. Now, after several weeks of working from home, Loughney admits that she actually misses her commute. “It’s pitifully sad to say that, but it’s true,” she says. “Working from home – for those of us fortunate enough to be still working – has brought an added layer of stress. [The] need to always be on, to always be working. You’re working through dinner; you’re working after dinner; you’re working after you put your kids down to bed. There is no separation, and the commute provided that mental separation.”

The journey to work can be more stressful than the actual job, or a visit to the dentist

On its face, Loughney’s view may seem surprising. Numerous studies and surveys have found that commuting is people’s least favourite activity, including one by Ford Motor Company, which revealed the journey to work to be more stressful than the actual job (or a visit to the dentist). And those who are currently travelling to worksites may well be dreading their daily journey and the health risk that it brings. Yet, for those of us at home with our commutes on pause, are we realising that those bookends to our working day may have served an important purpose after all?

“You can’t disentangle home and work anymore, and that’s not always easy,” says Jon Jachimowicz, an assistant professor in the Organizational Behavior Unit at Harvard Business School. A new study, co-authored by Jachimowicz, examines the function of the commute as a psychological threshold between home and work.

According to the study, the daily commute offers an opportunity for people to engage in “role-clarifying prospection”, meaning it gives them time and space to think about the upcoming work role. “Through role-clarifying prospection, employees mentally shift their attention from what they are experiencing in the present - thoughts pertaining to their commute, or thoughts unrelated to their past or future role - to what they will be experiencing when they arrive at work, namely, thoughts pertaining to their workday,” the authors write. 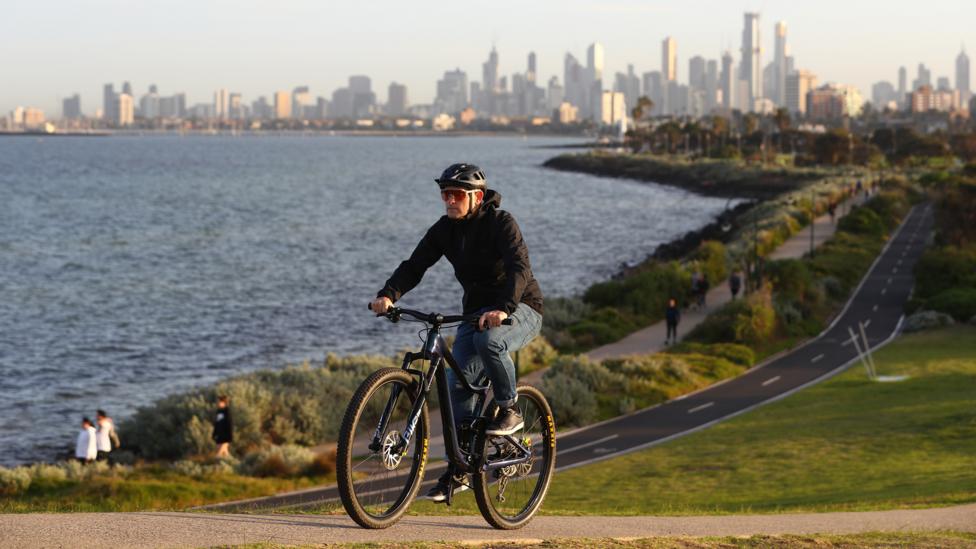 The daily commute allows for "role-clarifying prospection", or the time and space to think about your upcoming work role (Credit: Getty Images)

In other words, the commute acts as a transitional buffer. “It’s not as easy as switching from one role to the next. When you go into work and you’re still in your home role, you often have conflict between the home-related identities and your work-related identities,” says Jachimowicz. When this happens the demands in one domain may “deplete mental resources (such as time, energy and mood) and reduce accomplishments in the other”.

Jachimowicz and his colleagues derived these conclusions from three field studies where employees were given questions about the length of their commute, the level of their job satisfaction, and whether or not they thought about work on route. Those employees that engaged in some degree of prospection were found to have greater job satisfaction and improved work-related outcomes.

The idea of prospection may run even deeper than just thinking about our working day. Perhaps the commute also offers an opportunity to tap into deeper levels of creativity, even as we’re jostled along in a jam-packed bus or train.

Around the globe, the average commuting time for working men and women is 38 minutes each way

Around the globe, the average commuting time for working men and women is 38 minutes each way. That adds up to a lot of “in-between” time, which offers many a chance to read, listen to a podcast, audiobooks or resort to playing Candy Crush or Scrabble. However, according to Manoush Zomorodi, the author of Bored and Brilliant: How Spacing Out Can Unlock Your Most Productive and Creative Self, we shouldn’t be averse to boredom.

Zomorodi references research by neuroscientists showing that boredom can activate a network in the brain that is associated with mind wandering, which can yield original thoughts, and also problem solving. “That commute gives you time to think, ‘Oh, I wish I hadn’t said that in the meeting. You know what, we have another meeting tomorrow, maybe I’ll say that.’ So, you process what happened, and figure out how to make it better,” she says. 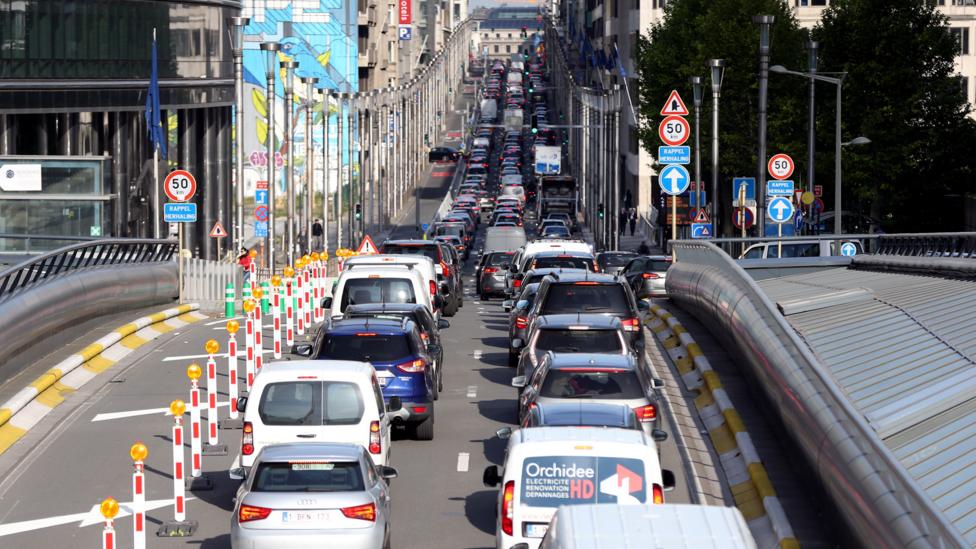 Without a buffer between work and home, the demands of one domain can deplete mental resources and reduce accomplishments in the other (Credit: Getty Images)

Reflection is particularly helpful on the evening commute, after the working day is done. And then of course, the mind casts forwards to plan the evening, when you come up with a good way of preparing those leftovers, or a way to slip vegetables into your fussy child’s meal. “That’s the sort of time travelling that happens during boredom and during mind wandering,” says Zomorodi. “I think that in-between time is very vital.”

The surprising things we miss

That time is prized by people who commute by car, too. Until the virus prevented her journey, Californian Jennifer Wittert would travel from her lakeside community in Calabasas to her office in West Los Angeles where she works as a clinical psychologist. That commute, taking 75 minutes each way, could be stressful, especially with the heavy traffic on the Interstate 405.

And yet Wittert misses the sanctuary of her car in the morning where she would have her breakfast and listen to either audiobooks or music. Bluetooth technology in the car also allowed her to catch up on calls and messages, which helped her to manage her time more effectively. But with the commute suspended, Wittert feels like she is “losing that internal locus of control”.

It was such a consistent and everyday part of your being, your functioning, that’s just gone – Meg Loughney

Still, Wittert has come up with practical solutions in her new working-from-home reality. She has tried to maintain a schedule for herself, keeping her patients on track. Small daily rituals help, she says, which include setting her intentions for the day – a form of prospection – and later she rewards herself by ending on time, a method of self-evaluation that she says is drawn from Applied Behaviour Analysis.

For New Yorker Loughney, the disappearance of her daily commute has also deprived her of something she hadn’t previously acknowledged. Having to navigate the New York City hordes at rush hour, for over a decade, made her feel resilient. “You don’t live in this city for 15 years unless you can deal with, or block out, whatever might seem odd or disruptive to you on public transportation,” she says. “And all of a sudden, that bit of you that gets up every day, fights through the crowds and deals with it, that little bit of drama is gone.” 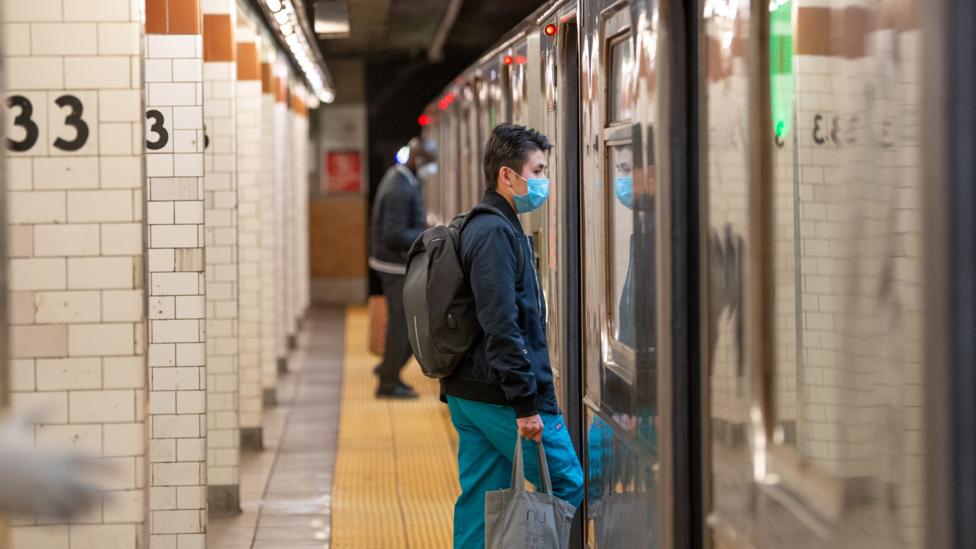 As defined by psychological theory, resilience is a positive adaption in the face of adversity and associated with coping skill. To suddenly lose that sense of self feels jarring, Loughney admits. “It was such a consistent and everyday part of your being, your functioning, that’s just gone.”

In the absence of their commutes, some individuals, like Wittert, are finding ways to recreate those bookends to the day by being mindful of their intentions. Others use physical cues. Jachimowicz finds it helpful to put on work clothes to begin his working day and change when his day is done. The New York Times recently reported on the return of cocktail hour as “a ritual to replace the ones that had vanished from our lives”.

“I think we’re looking for habits, some of them healthier than others, to replace the commute in some ways,” says Zomorodi.

But perhaps the most prominent ritual to have taken hold in New York is the nightly applause for essential workers. As people take to their windows and balconies for citywide clapping, it can feel both like a catharsis and also the moment when the evening begins.